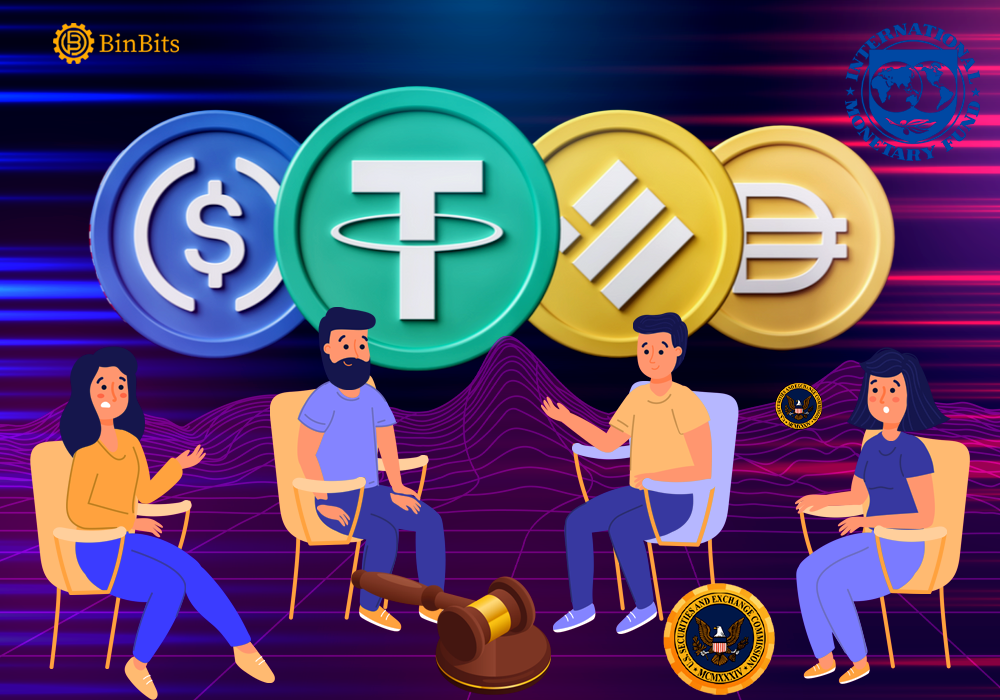 At first, these criticisms seem illogical with a tough impression of blocking the financial liberty that comes with crypto. The argument of these critics is quite difficult to embrace because they are against the desires of every crypto enthusiast. Nevertheless, to a reasonable extent, it has helped to checkmate and reposition the industry. The effect as well, aided the industry to adjust and continue its transition into the conformity of day-to-day financial activities.

Just like SEC and IMF, other various Governmental Financial Institutions across different countries are pulling strings against crypto. The RBI in India, the Central Bank of Nigeria, and the Chinese authorities among many others have kicked against the industry. Their call might lack a Uniform approach, yet it sternly outlines the various weakness we all must pay attention to. Though these weaknesses are quite glaring. Still, sentiments and fear of being left out of the proclaimed train to the future have kept investors going.

Notably, these critics complained about cryptocurrency’s vulnerability to Money Laundering, Tax Evasion, and sudden price fall. While some compared it to a Ponzi scheme that can suddenly collapse overnight. Their call birthed the regulation of cryptocurrency, which to some extent has curbed some ill vices. Though, it came with its negative effects which have also done more harm. Notwithstanding, it has helped to curtail some irregularities within the industry.

The supposed intervention of stablecoin

In an attempt to proffer an answer to the volatile aspect of Cryptocurrency, developers came up with Stablecoins. The theoretical explanation of having a token whose price is equivalent to a dollar swayed the mind of numerous investors. Stablecoins posed to be the next big deal due to their acclaimed tendency of having price stability. Unexpectedly, the financial aspect of blockchain technology seems to have shut the mouth of the SEC and IMF with the innovation.

Stablecoins get their stability through a pegged asset which could be a Fiat, Gold, or others. It’s more like a representation of a fiat which gives it more stability. Due to this, Stablecoins emerged as the best option for cryptocurrency retailers. Additionally, Stablecoins offer promising features to effectively substitute for typical fiats.

The Cryptocurrency sphere first witnessed the emergence of a Stablecoin in 2014 when BitUSD came into life. Working on the BitShare blockchain, the token is a manifestation of Charles Hoskinson and Dan Larimer. Unlike other stablecoin that came thereafter, BitShare is backed by cryptocurrency tied in a smart contract as a reserve. Same Year, Tether came into existence with a strong reserve of the US dollar.

Subsequently, the strength of every stablecoin lies in its reserves. The reserve implies a pool of monetizable assets that cover up for any price fall. These reserves are backup options to ensure stability during crisis periods. The presence of these reserves seems like a pleasing assurance against loss of funds. Thus, earning a shield for stablecoins against the watchful eyes of the SEC, IMF, and other critics.

Why SEC and IMF could be right

Since it offers stability, and other regulations guiding cryptocurrency shield it as well, regulators became reluctant to design a special framework for Stablecoin. Considerable, they are right! Nevertheless, the new turn of the situation has exposed that some stablecoins don’t have up to what they claim in their reserve. Various marketing claims about having enough reserves have pushed investors against verifying such claims.

However, insight into these deceitful claims by developers first manifested when the CFTC tackled Tether about its reserve. Around late last year, the Commodity Futures Trading Commission fined Tether close to $41 million over deceitful claims. The commission unraveled that Tether Holding Limited doesn’t have up to the acclaimed assets in its reserves. The development gave everyone insight into the misleading information about stablecoins.

Lastly, in other to protect investors and their investment, stablecoins need a special regulation. The recent collapse of Do Kwon’s UST further established that investors alongside their investment are not safe without regulating stablecoin. The unfortunate event should set a positive precedence for existing Stablecoins developers to regularly reveal the strength of the reserve. Failure to establish a watchdog will endanger the industry, investors, and the reputation of stablecoin.