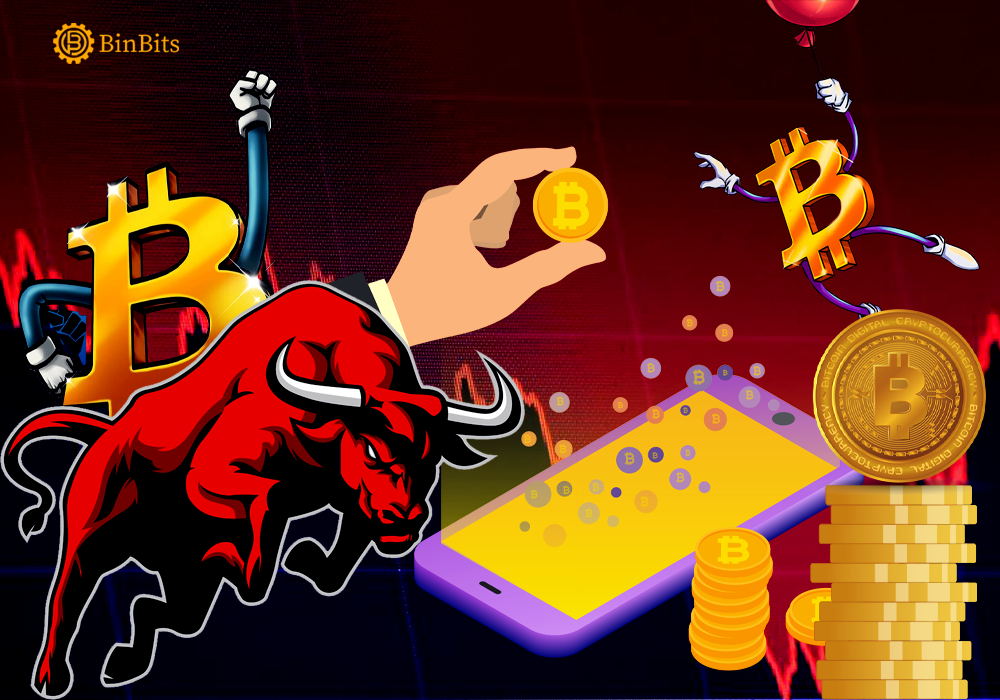 It’s important to note that gradually, Bitcoin is giving investors a sigh of relief. Lately, Bitcoin has been recovering from its recent loss due to the market situation. The recent development will leave all Bitcoin enthusiasts with Questions like “Will Bitcoin Recover More?” This recovery has drastically heightened compared to how deep it plunged during the year. It’s essential to admit that 2022 has been a turbulent year for Bitcoin and the cryptocurrency industry at large.

Before the turn of the year, Bitcoin sat at $47,128.47 after enjoying a remarkable benchmark of $61,374.28 around October 2021. The following month, Bitcoin recorded a massive improvement by hitting $68.789.63. By the end of the first quarter of 2022, Bitcoin languished at $47.063, marking the beginning of a notorious crash. The challenging market situation severely damaged Bitcoin, leaving it at $20.108.53 in the second quarter.

How Bitcoin Is Making Positive Recovery

Within the second quarter, the severe market situation had eaten deeply into the sector. Consequently, causing an exodus of selloffs by investors and compelled firms within the industry to lay off their staff. The turbulent situation disrupted the industry, pushing many firms into crisis. All these, alongside other macro factors, pushed Bitcoin to a lowly $17.749.12. Therefore, recording the height of the market crisis while putting the endurance of investors to the test.

On a more positive note, despite the market challenges, the sector has continued to push ahead. This endurance also extended to long-term investors who refused to let go of their Bitcoin holdings. According to reports, these long-term investors played a prominent role in helping Bitcoin regain its position, though gradually. Yet, the poster boy of cryptocurrency on the part of recovery toward meeting the predicted $100,000 benchmark by experts.

Currently, Bitcoin trades at $22,693.52, it once traded at $24,196.82 within the month. The current price of Bitcoin might be way off the predicted price, but there are important signs of a notable return. Meanwhile, it will be at a more significant disadvantage for investors to write off Bitcoin or give up on the predicted price. In the past, Bitcoin has shown its capability to bounce back from setbacks and soar beyond the expectation of doubters. The question is how far Bitcoin can recover before the end of the year.

Notable Predictions For The Asset

While we must admit that Bitcoin is way behind the predicted price. The recent recovery can be a symbol of hope for investors to retain their faith. According to cryptopredictions, Bitcoin will hit a maximum of $28,000 by next month, with a minimum of $19,000. The data indicate that it will maintain that price till the end of the year. Furthermore, conceding that Bitcoin will dive below $19,000 is a relieving point. Nevertheless, does it answer the question if Bitcoin will recover more?

Also, Tradingbeasts made a prediction that’s a little bit different from the aforementioned source. Tradingbeasts predicted that Bitcoin would hit $29,000 by August, and it will maintain the price till the end of the year. According to the prediction, Bitcoin will maintain an average price of $23,000 throughout the year, starting from next month. Accordingly, the forecast further emphasizes the position of more possible recovery for Bitcoin.

Above all, the sources above, alongside notable predictions by experts, all indicate that Bitcoin will recover. Yes, it will surely recover more. Nonetheless, the question should revolve around how soon and well it will recover.

Considerably, numerous factors are pointing to the claim of a massive recovery. As designed, the price of Bitcoin will increase every four years due to its slash in return for Bitcoin mining. This slash indicates that fewer Bitcoins will be mined, substantially reducing circulation. Once there’s a substantial supply of Bitcoin, the demand will surge in return.

Likewise, the gradual acknowledgment of international regulators, governments, and agencies that cryptocurrency has come to stay will play a crucial role. Now, governments and world leaders have come to realize that cryptocurrency has come to stay. Therefore, mandating the provision of regulations that will protect the industry and investors. This advancement will birth more popularity for Bitcoin, thus, bringing more adoption.

If asked, the answer should definitely be Yes! That Bitcoin will recover. The recovery will likely benefit long-term holders who have strong faith in Bitcoin and refuse to sell off due to market pressure. Without a doubt, the future remains bright for Bitcoin despite its recent struggle. The goodies therein are exclusively meant for those who can retain their investment and not bow to market pressure.