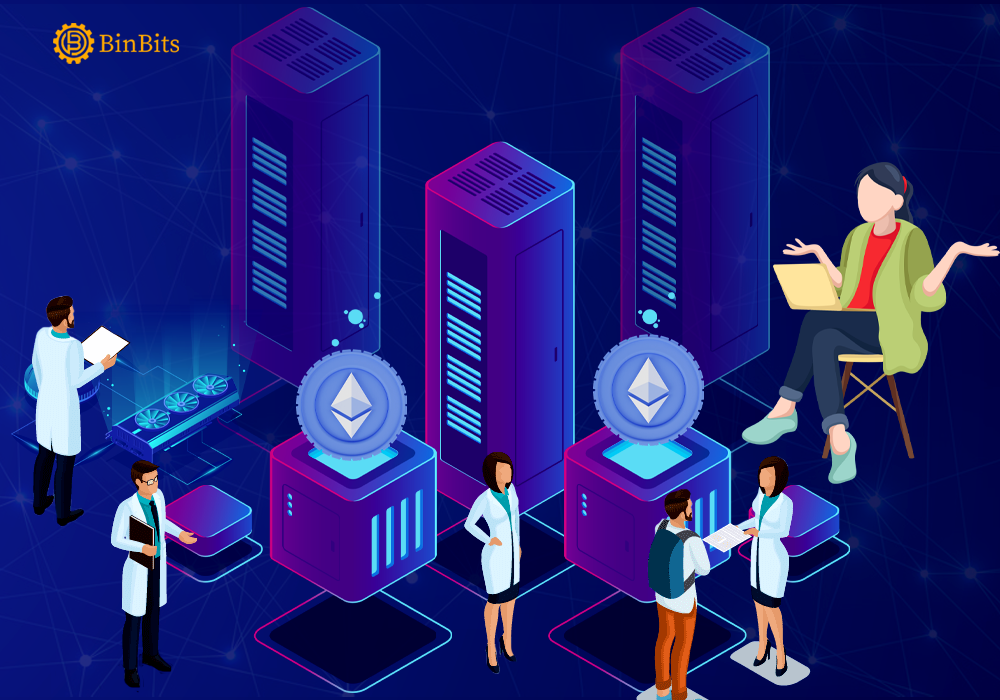 Ethereum Layer 2, its projects, and how they work

Explaining Ethereum Layer 2; While cryptocurrency and blockchain technology is gradually gaining popularity globally, more investors and users keep embracing them. The increasing adoption and penetration of these phenomena into numerous economies, industries, and countries has been remarkable. For a newbie, this technological advancement looks like a topic relating to an alien course, leaving them struggling with comprehending how it works.

However, one must concede that cryptocurrency and blockchain technology is vast. Leaving newbies with a mountain of knowledge to assimilate. Despite the extensive theories relating to the two, various subject matters keep surfacing within the sphere day by day. One of these is the Ethererum Layer 2 which has constantly confusing newbies about its usefulness to the Ethereum Ecosystem.

Commonly referred to as the L2 or Layer 2, it’s a parlance to illustrate a group of Ethereum scaling solutions. It’s an extensive part of the Ethereum ecosystem on a different blockchain with a security mechanism of Ethereum. The layer 2 blockchain is in consistent contact with the host layer; Ethereum to facilitate a decentralized system with a good security atmosphere. In this setting both the first layer and the second layer form a symbiosis where they work closely for a good service.

Accordingly, the first layer works for the provision of data, security, and decentralization. While the second layer covers the transactional obligation by providing the ultimate proofs to the layer 1 blockchain. Therefore, with the elimination of processing transactions from layer 1, congestion on the blockchain becomes minimal while increasing scalability.

Ethereum also functions as a data availability layer for layer 2. Layer 2 projects will post their transaction data on Ethereum, relying on Ethereum for data availability. This data are used to know the condition of layer 2 or to clarify transactions on layer 2. Ethereum layer 1 helps a network of node operators to protect and validate the network, it provides a network of block producers. Also, it offers a consensus mechanism and archive for previous transactions.

However, this guide will focus sorely on Layer 2 solutions in the Ethereum ecosystem. These solutions are accessible to different users but more friendly to newbies. One of these projects is the Rollups and it’s the best layer 2 solution on Ethereum. The background idea of Rollups is that it revolves around integrating various transactions into one. These transactions are processed outside of the layer 1 blockchain but it reverts to passing successful transactions kn the Layer 1.

Therefore, there are two major approaches to rollups, which include Optimistic and ZK (Zero-Knowledge) rollups. Optimistic rollups sit directly to the host Ethereum chain on layer 2. The major idea around Optimistic rollups is that they naturally speculate if the transaction is valid. As a result, they provide improved options for scalability without carrying out any computation.

To protect it, there are numerous mechanisms the system enjoys against fraudulent activities. These mechanisms are refer to as fraud proofs. Additionally, if there’s a prompt about a fraudulent transaction the rollup will initiate a fraud-proof. With this, transaction computation and execution remain on the core chain, Ethereum. Flagging the transactions as fraudulent will trigger the system to initiate a reversal while slashing the returns of validators.

ZK-rollups combine scores of transactions of the host chain and generate a cryptographic proof. These proofs can come in various forms like SNARKs (Succinct non-interactive argument of knowledge) and STARKs (Scalable transparent argument knowledge).

Subsequently, both are validity proofs that are posted on the host layer 1 chain. For instance, validity proof is when someone checks through all transactions and validates their authenticity. Therefore, resulting in the submission of the transaction to the layer 1 blockchain. Lastly, it’s called zero-knowledge proof because the smart contract monitors the condition of all transactions on layer 2, thereby allowing transactions to process only through the validity proof. With ZK-rollups, validating a block is cheaper and quicker because its requires less data.