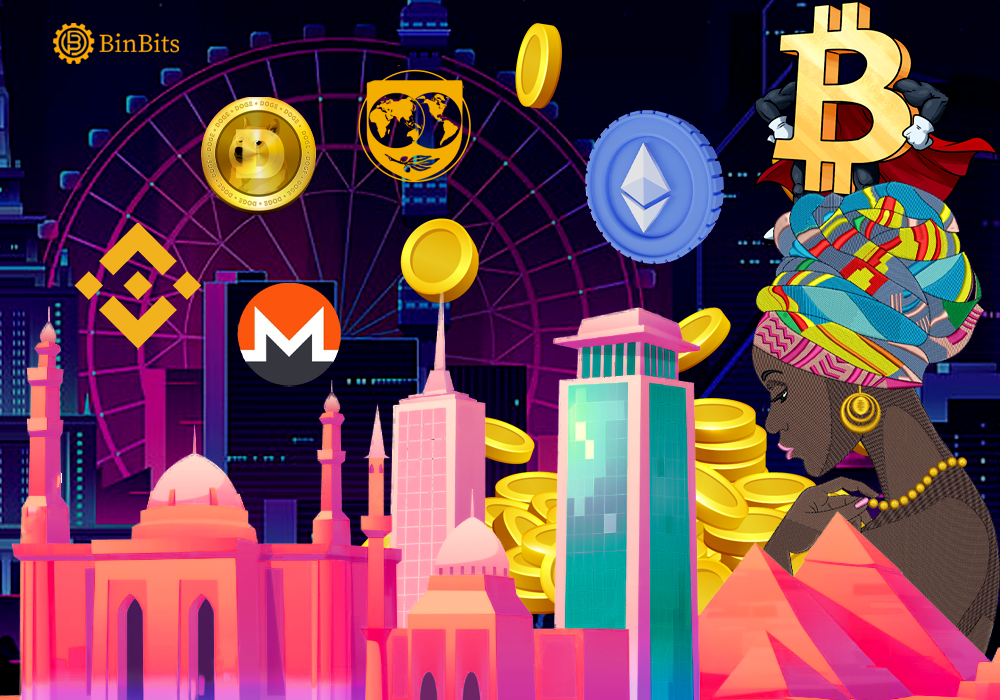 The adoption of Cryptocurrency by the Central African Republic is no longer news, the African country is leading the charge for the popularity of the industry across the region. Practically, CAR is standing out among its peers in embracing the blockchain, metaverse, and cryptocurrency.

However, one of the regular critics of the industry is launching missiles against the country’s move. Just like its opposition against El Salvador, the International Monetary Fund is pushing against CAR’s adoption of Bitcoin as a legal tender.

Meanwhile, the reason for the adoption of Bitcoin by the Central African Republic isn’t far-fetched. Just like El Salvador, the African country intends to turn to save its economy through this courageous move. According to data provided by Thematic Maps, CAR sits second on the list of the poorest African country.

In a country tackled by political instability, the country’s economy is nothing to write home about. The country’s GNI and GDP are $510 and $823. Remarkably, the country has taken inspiration from how El Salvador has implemented changes with proceedings from its Bitcoin Holdings.

CAR effort towards the adoption of Bitcoin

Firstly, the country took its first step towards the adoption of Bitcoin as a legal tender on April 27, 2022. As announced by President Faustin-Archange Touadera, Bitcoin will function alongside adopted bitcoin as an official currency alongside its local currency, the CFA franc.

With backing from the parliament, the president hopes it will enhance the living conditions of people living in the country. The President once referred to development as a decisive step toward opening up new opportunities for our country.

Also, the move took another dimension when the Central Republic of Africa held an online conference on Bitcoin. The event held last Sunday as a forerunner to the country’s proposed Bitcoin initiative. The initiative themed Sango, will witness the development of numerous cryptocurrency, blockchain, Metaverse, and NFT businesses in the country.

In a short clip video on the project’s blog, the President of the CAR, Faustin-Archange Touadera reveals his intention to introduce cryptocurrency projects and investors to the country. Furthermore, plans also include emphasis about GameFi innovation by luring talents with its tax-free zones. Sights are also on and local young people in the inevitable “crypto revolution”.

Subsequently, the Sango Project will also aid cryptocurrency investors to acquire national resources in digital tokens. CAR believes that the tokenization process might earn them a total market capitalization of $3 trillion

Unlike Nayib Bukele, the President of CAR is yet I reveal its intention to acquire Bitcoins on behalf of the country. As good as the intention of President Touadera might seem, regional and international bodies are against the country’s decision. One of the major critics of cryptocurrency adoption, The International Monetary fund (IMF) has baptized the country with criticism to do the decision.

The IMF has overtly shown displeasure over the adoption of Bitcoin by CAR. The international body decried how the Government of the country might likely exploit the opportunity and enrich themselves. The IMF made it known that cryptocurrency will facilitate money laundering in the country. IMF also berate the volatile nature of Bitcoin and other cryptocurrencies.

IMF opined that Bitcoin isn’t by any means a valid medium of exchange due to the fluctuating nature of the market. Mounting the role of a watchdog in the industry has raised eyebrows about IMF. It’s considerably suspicious that the International Monetary Fund has fiercely criticized the industry citing various reasons.