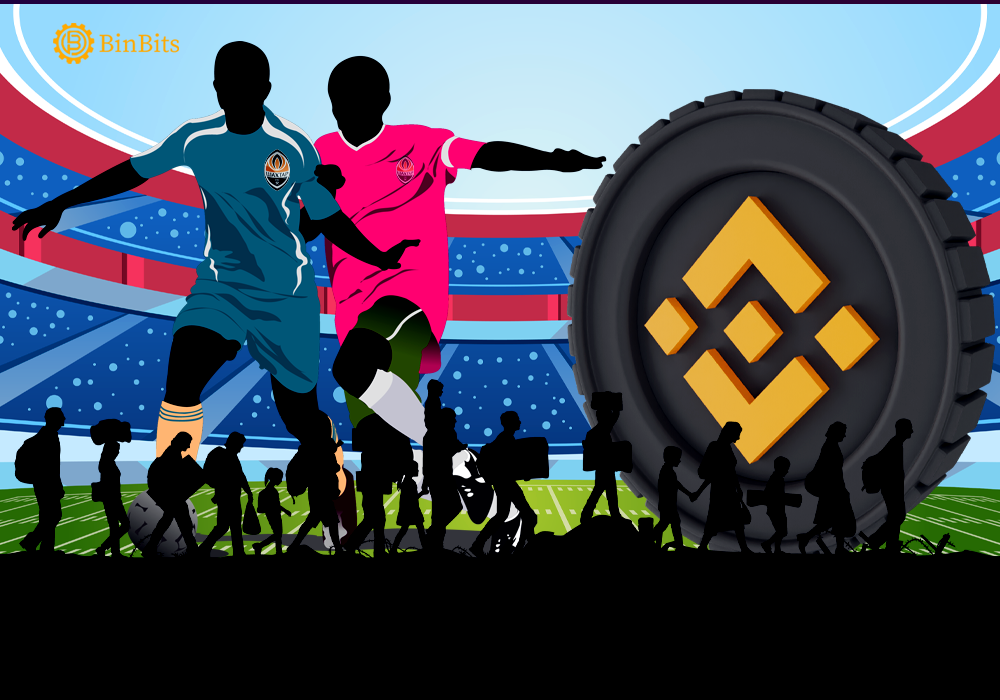 Binance has announced a partnership with Ukrainian Football Club, FC Shakhtar Donetsk to launch the FC Shakhtar NFT Charity Drop in support of Ukraine war victims. According to a statement on the Binance page, the collection will feature players and notable moments of the club.

The Statement also revealed how the club will put up autograph jerseys for auction as part of the NFT initiative. The auction will commence tomorrow at 11:00 (UTC) and close exactly seven days later. The highest bidders will get a special version of the club’s jersey that carries a special inscription of “Football for Peace”

In addition, as part of the package, Binance revealed that an FC Shakhtar Mystery Box collection will also feature. This part of the initiative comes with various boxes within the range of four rarities and each costs 10 BUSD. The rare varieties are Normal, Rare, Super Rare, and Super Super Rare. Furthermore, every accumulated fund from this initiative will go into charity in support of the Ukrainian war victims.

Ever since the outbreak of the war, both FC Shakhtar Donetsk and Binance have overtly extended loving arms to the war victims. The Global Tour for Peace is supported by the Ukrainian Government, the initiative has seen FC Shakhtar Donetsk play against Olympiacos, Fenerbache, Hajduk Split, and Lechia Gdansk.

Also, with the initiative players of the club don jerseys with the names of affected cities on their backs instead of their names. Thus, donating returns from gate fees, tickets, sponsorships, and donations to the people of Ukraine. Before the war, Shakhtar Donetsk had stopped playing on its home ground in 2014 due to a local crisis.

Binance on the other hand also has shown various humanitarian gestures toward the war victims. Last February, the Crypto exchange donated $10 million as a relief fund to Ukraine, while also joining the list of firms to stop operations in Russia. Recently, Binance also launched a crypto card for Ukraine refugees that allows them to send and receive crypto.

Lastly, the recent collaboration between FC Shakhtar Donetsk and Binance further underlines the active role crypto has played so far in the Russia-Ukraine war. This conflict has indicated how cryptocurrency can be useful in various ways aside fiance.