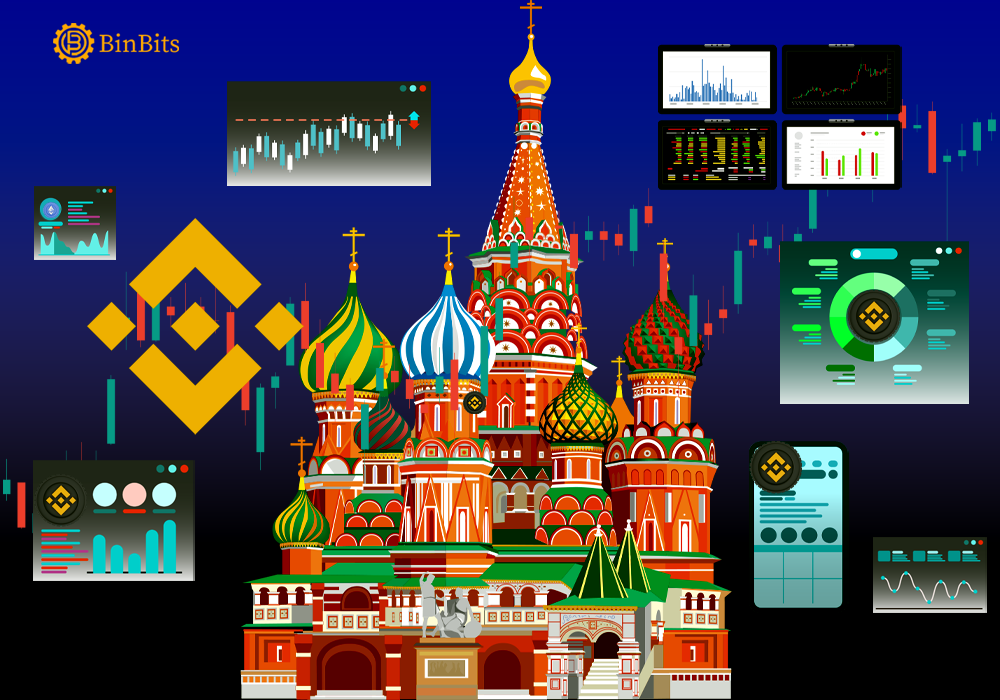 Russian crypto trade volumes is at a critical low following Binance’s decision to block cards issued by payment processors VISA and MasterCard in the country. While Russian citizens are not outrightly banned from most of these crypto exchanges, the stringent sanctions on conventional payment systems may be making their trading capabilities, practically impossible.

Recall that BinBits reported that Binance, Kraken, and others will not be placing a blanket ban on Russian users. However, having halted accepting payments from sanctioned financial services, life is now extremely difficult for an average Russian crypto investor. And as a result of this, more Russians are growing tired of hodling for fear of losing access.

Amid American sanctions, payments operators like American Express, VISA, and MasterCard have since withdrawn their operations from Russia. In fact, most foreign banks have also seized operating in the country.

Binance also made its own move to enforce the payments sanctions last week. And since then, as data from digital assets data provider Kaiko suggests, ruble-denominated trading volumes of Bitcoin and Tether has continued to drop uncontrollably.

Russia Wants Out But Ukraine Wants In

Trading volumes in Ukraine remain on the high side, with Tether being highly demanded in the country.

Meanwhile, BTC-RUB volumes only started dipping after sanctions came into effect. Particularly, after the banning of Russian banks from the SWIFT network. Western sanctions against Russia are currently the strictest they’ve ever been, and effectively cuts-off Russia from most global financial markets.