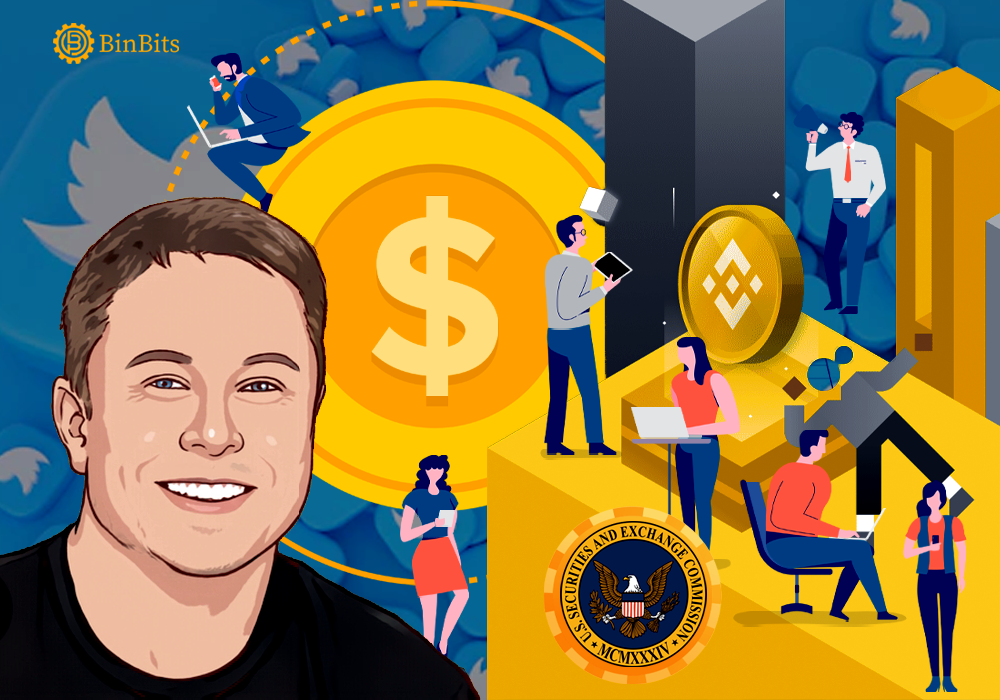 A recent publication by the U.S Securities and Exchange Commission (SEC) has reveal how Binance contributed to the acquisition of Twitter by Elon Musk. The report disclosed that the world’s biggest crypto trading platform dedicated close to $500 million to support the takeover.

The development got to the notice of the SEC after it receive the mandatory Schedule 13D document. The submission of the document is a compulsory process that must occur if an entity procures above 5% of a company’s equity shares. However, both Twitter and Binance have benefitted substantially ever since the emergence of the report. Twitter’s share soared by 3% in pre-market trade. While Binance’s BNB coin moved from $399 to $414.

Furthermore, report reveals that other notable contributors partook in the quest. Sequoia Capital contributed $800 million, while Fidelity firm pledge $316 million. This further adds to over the $17 billion raised by other 19 entities.

Meanwhile, the Founder of Binance, Changpeng Zhao reflects on the development when the news surfaced today. He compared Binance’s commitment to a small offering. Before the development, the Founder didn’t give a word regarding the acquisition, instead, Elon Musk took the front row.

Recall that Elon Musk made the move to acquire 100% shares in Twitter after acquiring 9% previously. Prior to the last acquisition, the Tesla C.E.O strongly advocated for a free-speech zone on Twitter. He sighted it as a major motivation for the $44 million takeover.

Controversies surrounding the takeover and the role of U.S SEC against Crypto

Additionally, ever since the announcement of the full takeover, Elon Musk, Twitter, and the crypto world have endured somewhat of a turmoil. First, Elon Musk encountered a lawsuit by ex-share holders of Twitter for refusing to reveal the number of his shares. Also, many criticized him for having hidden agenda against the freedom of speech he’s advocating for.

Notably, when news of the full acquisition took over the media space, Dogecoin witnessed a massive surge of over 28% in value. The development further strengthens the theory of the “Elon Musk” effect.

Lastly, the U.S Securities and Exchange Commission (SEC) has effectively played more of an antagonist role against crypto. The recent of all is the ongoing legal tussle between the commission and Ripple Labs Inc. A tussle in which many opines will determine the future of the cryptocurrency.