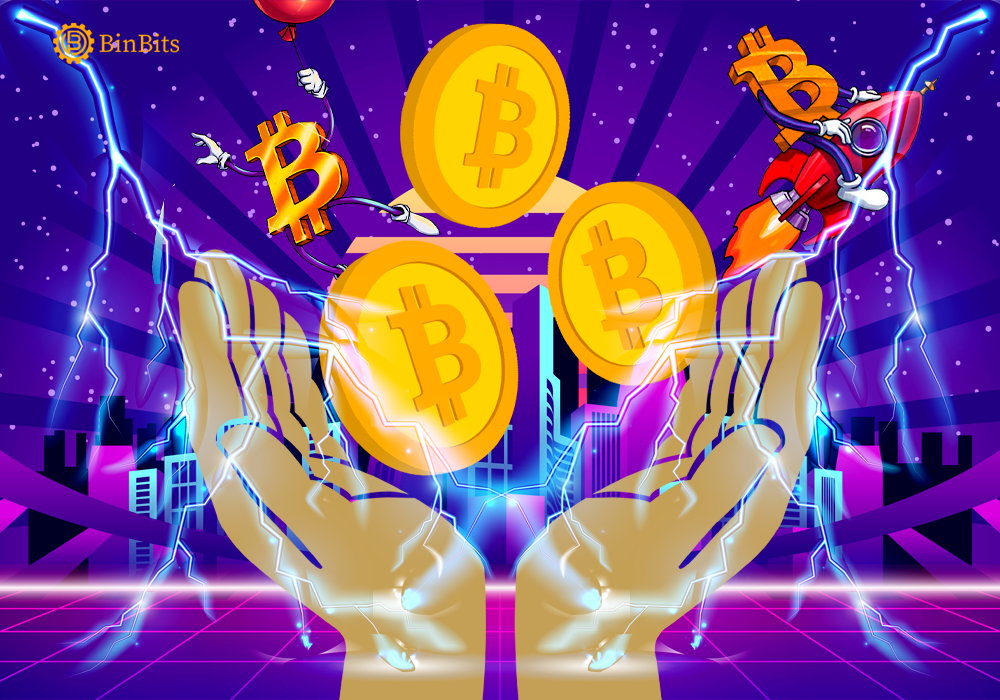 What is Bitcoin Lightning Network?

The Bitcoin Lightning Network is a second layer inducted into Bitcoin’s system to facilitate transactions among entities of the blockchain. In 2015, Thaddeus Dryja and Joseph Poon conceived the initiative to reduce expenses and hasten the processing of transactions on the Bitcoin Blockchain.

Furthermore, it is design to solve problems relating to Bitcoin transactions. Before the invention, Traders, and Investors often battle with issues like delays and hefty transaction fees. The idea is to erase these problems to encourage traders’ and investors’ comfortability while transacting Bitcoins.

How the Bitcoin Lightning Works

Additionally, The system engages smart contracts to create an off-blockchain payment link between two customers. Immediately they establish the link traders can exchange Bitcoins in a twinkle of an eye.

However, to carry our transaction on the Bitcoin Lightning system, one must first send Bitcoin into a supported wallet. There are various types of wallets on the system, but they either belong to the Custodial or Non-custodial wallets.

The custodial wallets suit Crypto novices better because they help in controlling private passwords. This implies that there is a grace for users to create their password in case they misplace it. These types of wallets are, Strike, Wallet of Satoshi, and many more.

Meanwhile, the Non-custodial wallets suit experts better, because they offer 100% anonymity to users regarding their passwords. It’s tricky and dangerous because once one couldn’t get the actual password, there is no privilege for retrieval. Wallets like this include Zap, Muun, Phoenix and Breez.

While Bitcoin Lightning is gradually growing in popularity, there are emerging concerns as well. The system aims to finally solve transaction fees while exchanging BTC. Before the invention of the system, generally many believed the traffic congestion on the blockchain is a substantial reason for the hefty fee. Thus, prompting them to build the lighting system to make transactions without using the main blockchain.

Despite the foregoing, Bitcoin Lightning still commands fees in two ways. Firstly, Traders must pay a certain amount to open and close transaction channels among them. Traders can trade as much as they like as long as they wish, but immediately the transaction is completed, they must record it.

Secondly, another way the Lighting network has been coughing unnoticed charges is through the routing fees. The few is a different charge, and it’s likely to surface when organizations began to adopt the initiative. Hence, charging traders to pay for their services.

During transactions, it’s mandatory for the two individuals involve to be present online by signing in with their private keys. However, the system is vulnerable to theft if the system keeping the private keys is faulty. Using the cold storage of coins can help avert the situation, but failure to do that can spell doom.

Notably, one must avoid wandering offline during a transaction, the absence of one of the two individuals can prompt the other to end the process and keep the coin. Another possible militating factor against Bitcoin lightning is if the private channels are open to attacks. This can cause a delay for traders to receive their money.

Recent adopters of the Bitcoin Lightning

El Salvador leads the space of those who have embraced the Bitcoin Lightning Network. The Central American country engages the system to make transactions in Bitcoin. Recently, Twitter reveal plans to launch a special feature known as the “Tip Jar”. The development will aid tweeps to tip their special content creator with Bitcoin, directly on the Application. The initiative will use the Bitcoin Lightning Network to carry out the operation.

Lastly, Bitfinex, Bitcoin Sussie, Strike, and other companies have embraced the system. Huge expectations are hanging in the air at the moment over the gradual success of the Bitcoin Lightning.