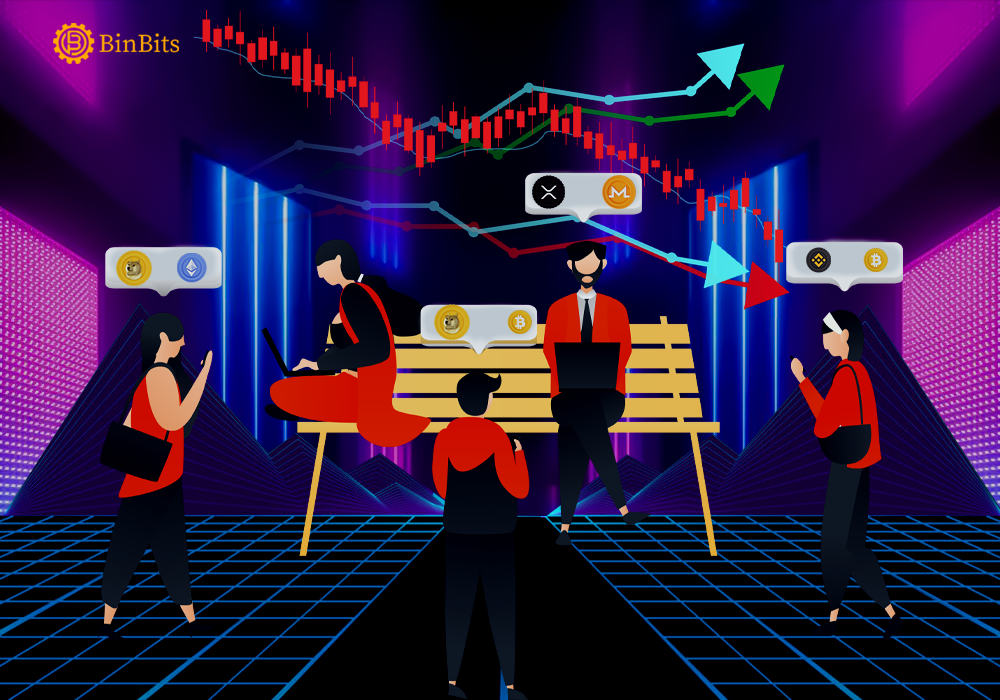 Best cryptocurrency to invest in 2022

Numerous cryptocurrencies are currently in the market, while many others keep flooding in, This article aims to analyze the best cryptocurrency to invest in 2022. Lately, it has become an undeniable fact that cryptocurrency is showing its capacity and proving doubters wrong as the future of finance. Hostility from different government and regulatory bodies welcomed the emerging opportunities in the sector. Slammed by Heavy tax rates, the industry has forged ahead to show that unquestionably, it has come to stay.

Notwithstanding, the industry showed how it’s capable of stabilizing and disrupting the world economy depending on how it’s utilized. Those who had previously downplayed cryptocurrency have come to realize that it’s indeed a force to reckon with.

A notable example of countries that had previously undermined cryptocurrency in Russia. Before sanctions on Russia due to the invasion of Ukraine, the Central bank of Russia called for a Crypto ban. In the wake of the sanctions, the central bank itself certified banks to trade cryptocurrency. Countries in the West that had been hostile to Crypto have realized how useful Crypto can be in punishing Russia.

Furthermore, even the U.K that hasn’t been straightforward with the development of Crypto is having a change of mind. Recently, statistics demonstrated that Brits are gradually embracing Cryptocurrency. The numerous instances above are few compared to the remarkable turnaround the industry has witnessed. Countries are gradually setting regulatory frameworks to control the industry and protect investors. While countries that are yet to set any framework are pushing to meet up with their peers to do that.

However, the purpose of this emphasis is to establish the fact that Cryptocurrency is locating its way into international debate. Nevertheless, the volatility of the industry is something every investor must worry about. But it is important to worry about the feasibility of certain Crypto projects before investing in them. Overtly, some tokens have failed to see the light of the day. While many projects died a natural death by Rugpull before they mature to give returns.

Also, there is an important notice investor must pay attention to. The analysis of the best cryptocurrency to invest in 2022 isn’t financial advice. Therefore leaving investors to make decisions on their own and not hold the author responsible for any unforeseen circumstances.

Best cryptocurrency to invest in 2022

The Binance Coin (BNB) Is a native token of the world’s biggest cryptocurrency trading platform, the Binance exchange. The trading platform is capable of aiding up to 1.4 million trades every second. When the BNB was first launched in 2017, it operated on the Ethereum blockchain before recently moving to the Binance chain.

Furthermore, it was invented as a utility fee for discounts on transactions on Binance. Today, the token has developed to become one of the fastest-growing crypto. It’s capable of serving as a means of payment for digital and financial services, entertainment, digital services, and transaction charges. It currently trades at $435.27, with its highest price ever at $440.73. The total market cap of the BNB is at $71,720,751,252.69, and a Market domination of 3.35%.

Created in 2020 by an unknown individual but referred to as Ryoshi, the Shiba Inu is an altcoin that operates on the Ethereum blockchain. Popular referred to as the Doge coin killer, the Shiba Inu dubs its name as an inspiration from the Japanese hunting dog; Shiba Inu. The Shiba Inu coin’s total market cap stands at $14,720,516,470.65, with a market dominance of 0.69%. Currently, it trades at $0.00002688.

These two giant cryptocurrencies do not need further introduction in the crypto industry. Due to their wide utilization, therefore results in incredible growth for these two. Nevertheless, 2002 is poised to be a good year for the two.

Other promising Crypto in 2022

The Solana (SOL) runs on an open-source initiative blockchain by the Solana Foundation in Geneva, Switzerland. The token has a market cap of $35,109,886,427.77, and it currently trades at $106.92. Solana’s market dominance sits at 1.65%. Solana blockchain built by Solana Labs has often come under debate and comparison with Ethereum. Many argued that it’s faster while aiding transactions, with a sizable reduction in transaction charges.

Cardano is a child of “seeking perfection” by Charles Hoskinson the co-founder of the proof-of-work (PoW) blockchain. In 2015, He decided to initiate the Cardano Blockchain and its native token, ADA. The project became available to investors in 2017. The Cardano is a third-generation decentralized proof-of-stake (PoS) blockchain that’s structured in a distinct pattern. It is structured as a strong variety to proof-of-work (PoW).