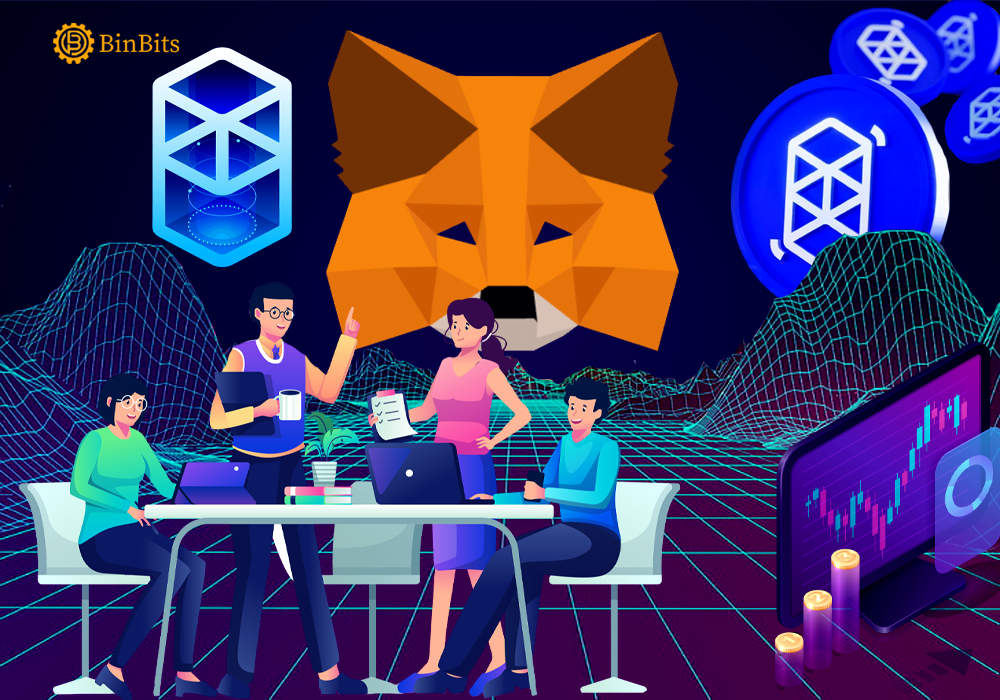 Fantom tokens and how to add it on metamask

Over time, the Fantom ecosystem, as well as its native tokens, have proven to be remarkably scalable and fully compatible with projects running on the Ethereum blockchain, including Metamask. Recall that a Metamask functions as a crypto wallet which majorly interacts with the Ethereum mainnet and other existing networks. However, the usage of the Metamask wallet does not automatically guarantee access to Fantom tokens. This situation has forced Metamask users to continue to inquire about how they can incorporate the tokens into their respective Metamask wallets. Without any ado, this article will help to provide answers to their question and thus guide them in the quest to incorporate the tokens into their wallets.

First, fantom usually functions as a decentralized, permissionless, open-source smart contract platform for dApps and virtual assets. Its native token, identified as FTM helps in powering the entirety of Fantom blockchain ecosystem. More so, holders use these tokens to indulge in staking, governance and make fee payment on the network. According to Coinmarketcap, the total supply of FTM stands 3.175 billion tokens. However, as of today, over 2,134,638,448 FTM is currently in circulation. Reportedly, the remaining FTM will be deployed as staking incentives. Additionally, these tokens becomes availed as a native mainnet asset, ERC-20 token on Ethereum, as well as a BEP-2 token in the Binance ecosystem.

MetaMask, on the other hand, remains one of the leading cryptocurrency wallets. As designed, it usually paves the way for subscribers to explore the Web 3 ecosystem of decentralized applications (dapps). Simply put, the wallet functions by allowing investors to store their respective ERC-20 tokens. By so doing, it exposes users to varieties of Ethereum-oriented Dapps. This consequently enables users to harness their assets on staking, games and varieties of others.

According to findings, the usage of the metamask wallet offer users with a lot of advantages. One of such usually manifest in its popularity, which allows users to require just one plugin to gain access to numerous DApps, DEXs and DeFi projects. More so, the metamask wallet appears very user friendly and simple to operate. Unlike other wallets which requires users to possess series of private keys, metamask only mandates subscribers to recall some phrases to get transactions signed on their behalf.

As earlier asserted, Fantom tokens are not automatically availed on the Metamask wallet. This development means users who intend to add the tokens must go the manual way. However, this is not limited to Fantom tokens alone. All other networks not present in the Ethereum mainnet require manual incorporation into the metamask wallet. However, the manual addition of the token network into the wallet is not rocket science. Without further ado, this article intends to take you through all the incurred processes.

How to add Fantom tokens on Metamask

For the manual incorporation of the Fantom tokens to work, users must first ensure a complete setup of their metamask wallets. Afterward, users need to use the “Ethereum Mainnet” function. This function avails an option for users to add new networks.

Consequently, users need to input the details of the network intended for addition.This thus completes the procedures for the network addition.

To incorporate FTM , users can use the FTMScan option in a bid to surf for the token contract and its details. As programmed, some of the details required include the network name, its RPC URL, ChainID, Symbol, and Block Explorer URL. Users can find all these details about the Fantom token on the project’s official website or social media handles.

After getting the details, including its contract address, input them into the provided fields. In some cases, the wallet tends to automatically fill some additional details of the Fantom tokens. When this does not happen, users must fill the fields manually.

Afterward, use the import token function afterward. As required, the wallet will immediately display the newly incorporated token. This consequently means the users now appear eligible to select network and as well switch to Fantom whenever they like.

A successful addition of the Fantom network allows subscribers to effectively manage the FTM tokens and store the asset on metamask. Additionally, it paves the way for the user to indulge in staking via the fantom token on the wallet. The incorporation also enables users to collect non-fungible tokens, interact with varieties of DApps, DEXs and DeFi projects.