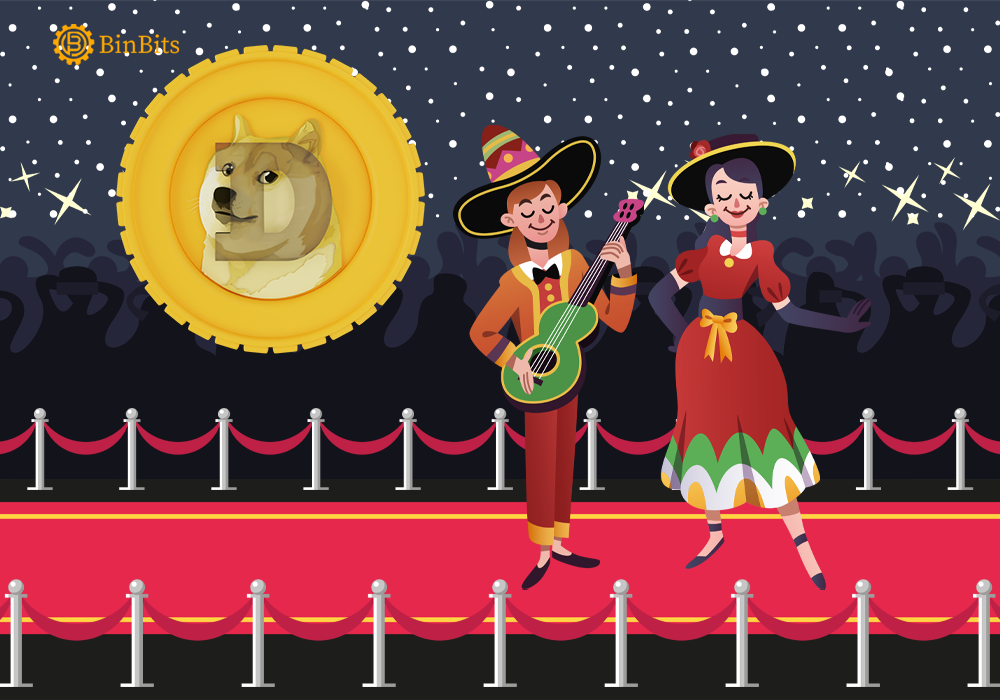 Dogecoin remains one of the most popular and widely acceptable memecoins in today’s digital market. In recent times, the coin has continued to enjoy a series of endorsements from celebrities and big icons across the globe. This development, as believed thus, possesses the tendency to push the memecoin into an overwhelming high. Accordingly, this article seeks to evaluate how the embracement of the coin contributes to its value in the market.

Billy Markus and Jackson Palmer, instigated the memecoin as a joke to make fun of the cryptocurrencies at that time. Ever since then, the coin remains promoted as a friendly digital currency, recording a market capitalization of $85 billion. Without further ado, the series of endorsements by the world’s heavyweights in recent times remains overwhelming.

Just a day ago, a two-time-winning executive producer of Emmy, joined the dogecoin world. This, according to the report was realized following his reaction to a Twitter post by the developer of Dogecoin. Recently, the community incessantly received moguls in its industry, a development that signals good prospects for crypto. He, however, reacted to the Twitter post, opining “Did someone say dogecoin?”.  The executive producer foresees the robust potentialities of dogecoin in the distant future.

Furthermore, just a few weeks ago, Tesla, one of the biggest car manufacturers activated a Doge payment platform. This development, consequently spiked dogecoin by 20%. In addition, its founder, Elon Musk deployed the EV-giant model to enhance the enablement of the platform. Musk has, over time consistently drummed efforts towards the development of doge and it remains unsurprising to see him come through for the coin. Following the announcement of the embracement and enablement of Doge by Tesla, the coin inflated from $0.16 to a monthly flow of $0.21.

As expected, the implications of this overwhelming development, grossly skyrocketed the figure of Babydoge holders to over 1.325 million. Despite the 15 per cent downfall in the value of the coin, its investors continue to increase, courtesy of the continuous endorsement by world top personalities. According to a report by Whalestats Analytics Data Service, wallets subscribing to the digital coin recently spiked to an accurate record figure of 1,325,042.

Snoop Dogg in recent times also joined the list of celebrities who endorsed and drummed support for the memecoin. He, reportedly tweeted at Musk, replacing the album cover of one of his albums with “Snoop Doge”. In the same vein, Gene Klein also promoted doge to his followers. He, consistently revealed how he invested a six-figure value of his resources in doge.

Last Wednesday, doge reportedly exploded to an overwhelming high of over 14.5 percent as presented by Coinbase. Without any doubt, the coin’s celebrity endorsement unarguably contributed to Wednesday’s feat. As expected, Elon Musk celebrated the rise of the coin on Twitter.  Recall that the Tesla founder remains a fervent admirer of the meme coin and his influence contributed hugely to its growth

Having analyzed how the consistent embracement and endorsement of doge has contributed greatly to its current state, this writeup concludes that doge possesses the tendency to overtake every other form of crypto in the distant future. However, this remains possible, only if it continuously enjoys more patronage, endorsement, and promotion by the aforementioned heavyweights and perhaps beyond. By this, investors of the meme coin will, without any doubt skyrocket in no distant time.