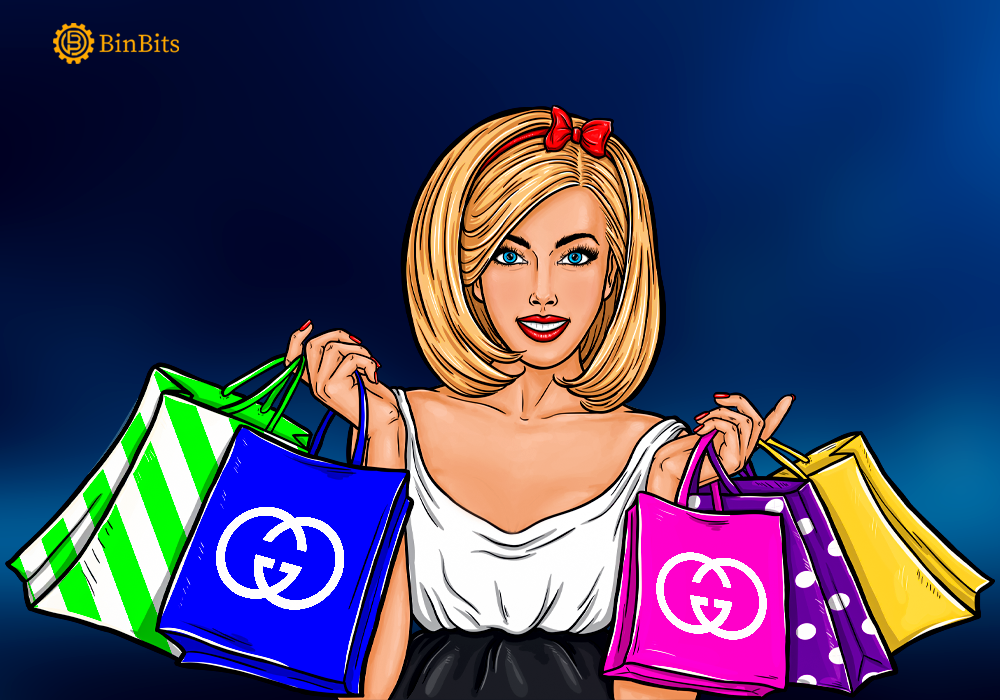 Italian-based luxury brand Gucci may have just announced that it will start accepting crypto payments by the end of May, 2022. The decision, which is an attestation of the brand’s Web3 efforts, will see it accepting no fewer than 12 cryptocurrencies. But while the crypto payment support will only be limited to a few stores for now, there are plans for a wider rollout later on.

Gucci Lists 12 Cryptocurrencies It Will Support

By May ending, Gucci will pilot the program in 5 of its U.S-based stores. These include Los Angeles, New York, Miami, Las Vegas, and Atlanta. However, the service will eventually get to its 110+ stores nationwide.

Also, in anticipation of the launch, Gucci employees have started receiving training on crypto, NFTs, as well as Web3. This will enable them to be well prepared for the times ahead.

But it might be worthy to note that Gucci has been recently focused on Web3 adoption. In fact, many of its moves lately, seem to suggest so. For instance, in February, the luxury brand partnered with toy brand SUPER PLASTIC to the “SUPERGUCCI” collection. It also launched the “Gucci Grail” collection in the following month.

Luxury Brands Gradually Delving Into The World of Crypto

It’s important to note that there’s already an ongoing trend of luxury brands making their way into the crypto and Web3 space. Fashion outfit Off-white began accepting crypto payments in March at its Milan, Paris, and London stores. And, though it only supports 6 cryptocurrencies, it’s been a smooth ride so far. But Off-white is an offshoot of LVMH, which itself has been a major pacesetter in terms of Web3 adoption. Before now, LVMH has launched NFTs in several of its brands including Bulgari, Louis Vuitton, and Hennessy.

Phillip Plein is another fashion brand that’s worth a mention, while Norgain, and Franck Muller are a few luxury watch brands that also accept crypto payments.

Meanwhile, luxury car lovers are not left out of the crypto adoption wave. And with many car manufacturers and car dealerships accepting crypto payments for their luxury vehicles, maybe it’s safe to say that mainstream adoption is already upon us.