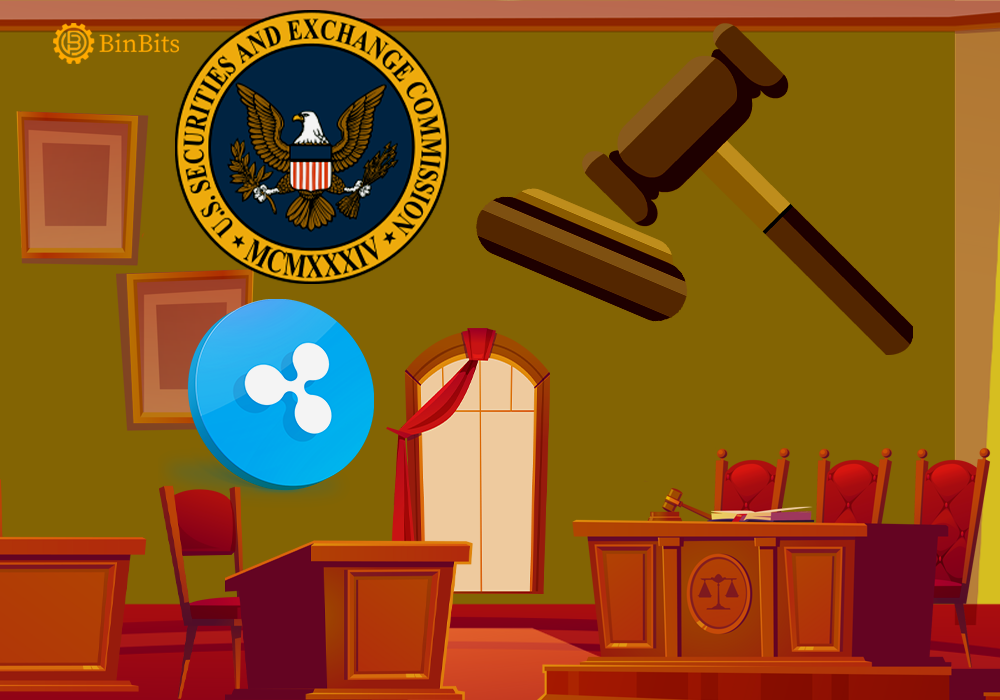 A former official of the United States Securities Exchange Commission (SEC), Joseph Hall has shared his thoughts on who he thinks might win the SEC vs Ripple lawsuit. According to Hall, the regulator could lose its $1.3 billion lawsuit against Ripple, simply based “on the merits” of the case.

Joseph Hall Shares Prediction on The SEC Vs Ripple Lawsuit

Attorney Joseph Hall has expressed his reservations over the chances of the SEC winning the legal battle against Ripple. According to him, the SEC is not yet capable of handling litigation in such cases that concerns cryptocurrencies as securities. Thus, making this particular case a very difficult one to win.

But apart from the potential of losing the case, the former SEC official also expressed worries over what the SEC’s endgame could be. This is bearing in mind that the outcome of the high-stakes case against Ripple (XRP) will have impact the entire industry.

Briefly recall that the lawsuit claims that the company and its co-founders, Brad Garlinghouse and Christian Larsen, did not notify the SEC about its sale of XRP starting from 2013. Also contained in the SEC vs Ripple lawsuit is the fact that the tokens are unregistered securities. Thus, opening up the possibility that securities fraud also happened.

“I’m not entirely sure what the SEC is planning on proving in the XRP litigation. The implications for the SEC and for the crypto industry as a whole are massive. The SEC has a lot riding on the case, and their entire regulatory project could be basically shut down if they lose on the merits of the case.”

Where The SEC Possibly Erred

Just like Hall, many are of the belief that there’s a good chance that the SEC loses this lawsuit.
Firstly, Hall and many others bellieve that Ripple has a strong defense in that the SEC failed to give fair notice of its investigation. At least, it’s a requirement that the regulator notifies individuals and corporations when they are being scrutinized.

Meanwhile, another attorney Jeremy Hogan, has also shared a similar opinion to Hall’s. Hogan’s Tuesday tweet, resonates with popular opinion that Ripple’s fair notice defense will be a strong enough defense. The tweet cites a similar case the SEC brought against Library Credits (LBRY) last March. Interestingly, that case was later stricken because the SEC failed to give fair notice.

No matter what the outcome is, the SEC vs Ripple lawsuit is set to shape the crypto industry. Without a doubt, it will set the tone for investigations and litigation in crypto-related cases henceforth. If the SEC wins, that could mark a beginning of an unending campaign of investigations and court cases against crypto projects. If Ripple wins however, it could force the SEC to drastically halt attempts to go after the crypto industry.