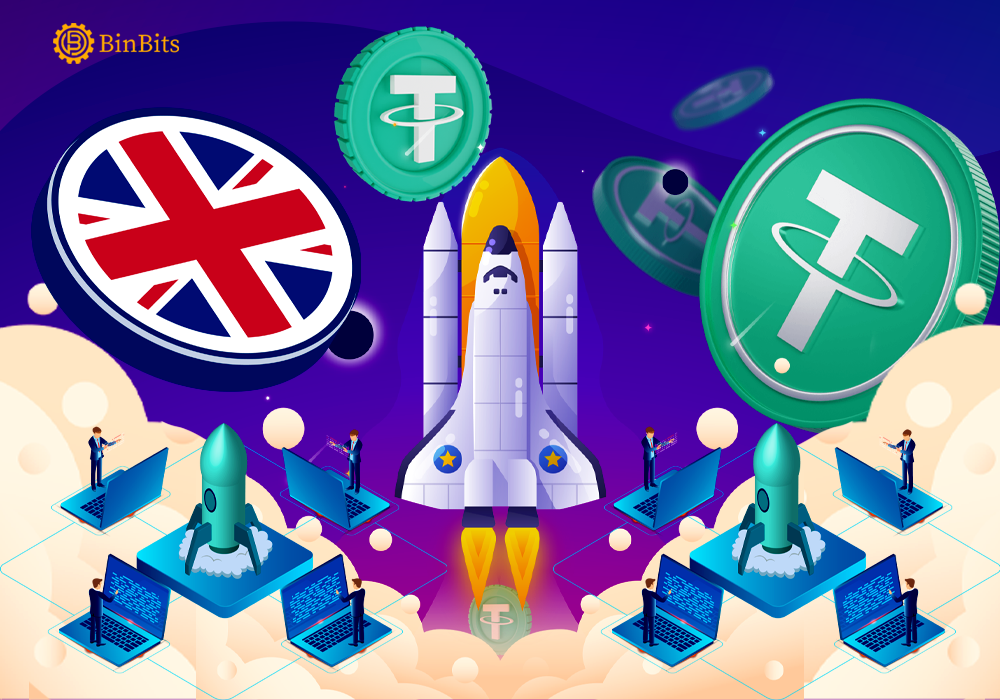 A renowned blockchain-enabled ventures, identified as Tether Operations Limited recently announced its plan to launch a Tether token (“GBPT”) attached to the British pound sterling in early July. The ventures made the revelation in a Twitter post relayed on her verified handle on Wednesday.

Recall that in April, the United Kingdom Treasury announced its plan to propel the country into a global crypto hub. According to statements on the website, the government intends to acknowledged stablecoin as a reliable form of payment. This ambition, however, becomes paired with hundreds of millions of people using crypto around the world. As a result of this, United Kingdom is considered a great destination for subsequent waves of crypto industry innovation.

More so, the platform intends to incorporate the new tether token to the British Pound Sterling via a 1:1 metric. According to reports, a team of trusted developers behind Tether USDT will be assigned to build the GBPT tether token. Also, the tokens will function under tetherto. As it stands, the creation of the tether token tends to help stabilize British Pound on the blockchain. In addition, it possesses the capacity to help deliver a faster, cost-friendly alternative for asset transfers.

According to the CTO of Tether Operations Limited, Paolo Ardoino, the United Kingdom appears as the next frontier for blockchain creation. Ardoino further that such development encourages wider implementation of cryptocurrencies for financial markets. The CTO expressed the desire of his team to lead the innovation by availing all crypto users across the globe with GBP-denominated stablecoin.

He further expressed the readiness of tether to work with UK regulators in a bid to make the mission a reality. Ardoino, however, looks forward to the sustainable adoption of the Tether cryptocurrency. Now, the GBPT launch signifies the commitment of Tether to initiating stablecoin technology. It also reveals the effort by the project to offer the largest liquid stablecoins in the international market.

In addition, the tether token tends to strengthen the British Pound sterling as one of the prominent currencies across the globe. It also helps initiate an FX opportunity for USDT and EURT. As designed, it functions as a connection to the decentralized finance ecosystem.