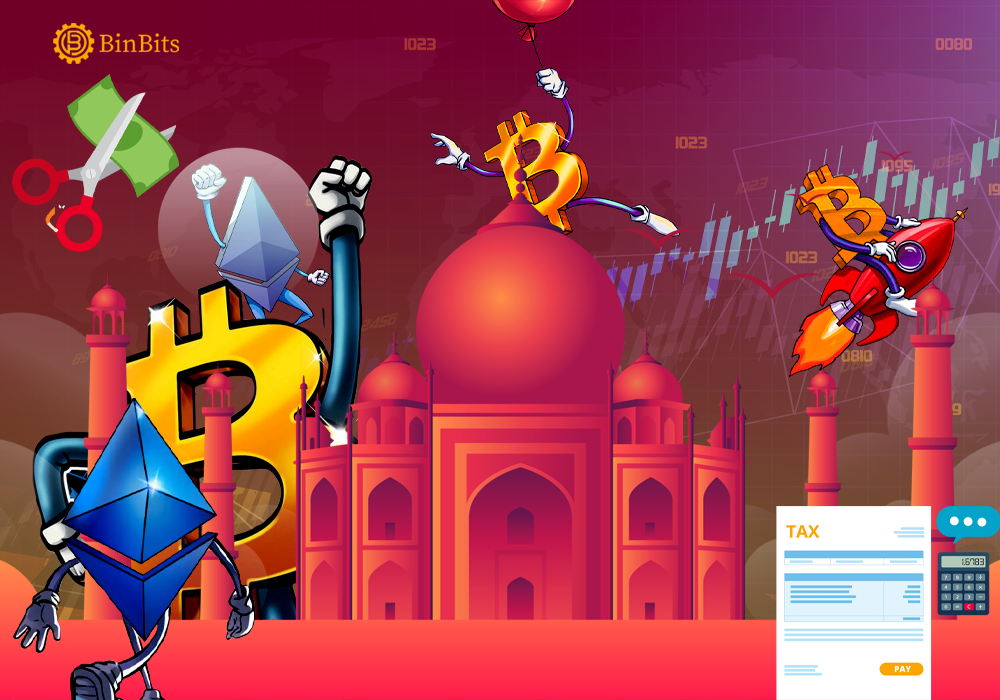 Impact of Tax Law in India; has been a controversial figure in the cryptocurrency sphere. Asian country in recent times has appeared in the Media for various reasons relating to cryptocurrency. Ranging from regulations, Tax rates, Finance Minister’s opposition to crypto, and tagging crypto as “a risky investment”.

Whether positive or negative depending on whose side one belongs to, India is a center of attention in crypto. Before 2018, the relationship between India and crypto seems like an endless honeymoon for newly wedded couples. Within that period, the future of the industry looked promising as citizens of the country plunged into the crypto market. This resulted in a remarkable surge in the popularity of cryptocurrency in India.

By 2018, things began to turn sour as the Reserve Bank of India imposed a ban on cryptocurrency. This ban comes to introduce a digital version of the Indian Rupee. The ban comes as one of the many mechanisms that marred the growth of crypto in India. However, the intervention of the Supreme court uplifted the ban in 2020. Sending a sense of relief among investors in the country.

Additionally, the height of this dragging saga surfaced in April 2022 when India imposed a 30% tax rate on cryptocurrency. The tax rate also included a 1% TDS which heavily affected the trading volume in India. Meanwhile, the TDS will come into effect later this year with threats to traders who trade voluminously.

Opposition to the Tax Law

Though, the tax rate generated a series of reactions across different angles. One of the major critics of the crypto tax law in India is Ritesh Pandey a lawmaker. According to him, he faulted the potentiality of the law to discourage traders and steer off investors. Alongside the lawmaker, Financial experts also decry how it’s impossible to effectively calculate the implementation of the tax law. Yet, it couldn’t change anything as trading volume continues to drown.

Furthermore, the tax rate didn’t only cause a decline in trading volume, crypto firms pulled out of the country. Also, the effect hit traders and investors so hard that they resorted to P2P. Gradually, India which seems to be a promising investment destination for crypto firms turned into a no-go area.

Notably, the implementation of this tax rate signals a relieving sign in the crypto sphere. For the first time, the Indian government comes with a deliberate plan for the industry. Not as expected, the tax law came surprisingly with a huge blow to the industry. It’s more like a two-edged sword with a negative and positive impact.

Impact of India tax law on the crypto industry

Firstly, the positive impact of the tax law in India is the relieving point that comes with it. Also, it has ushered in an increase in trading volume recently due to the presence of new traders. The tax law helped entice new traders who are convinced that the government has reckoned with the presence of crypto in its jurisdiction.

Like a bittersweet taste, crypto investors in India have embraced the development but unfortunately with no choice. They perceived the tax law as a militating factor that can bar innovation and shun the progress of the industry. Nevertheless, it finally solves one of the uncertainties surrounding the future of the industry. At the moment, attention will be on the final draft and passage of the cryptocurrency bill.

Additionally, a negative but notable effect of the tax law is the exodus of large-volume crypto traders, developers, and firms. The tax law compelled them to move to more lenient countries that are willing to let the industry grow. Local exchange platforms like CoinSwitch and Kuber have bemoaned the development.

The Polygon network also belongs to one of the notable departures of crypto firms from India. Founded by a team of Indians in 2017, the decentralized scaling platform on the Ethereum blockchain is widely known now. However, despite starting in India, the firm is now left with a subtle presence in India. Thus, delegating operational and administrative duties among other offices outside India. This is a result of the threatening posture of the tax law and other strict measures against crypto in the country.

Without a doubt, the aftermath of the tax law hasn’t been helpful considering every positive factor. Instead, it has deterred the growth of a promising market in India. The mood can never be like before with the implementation of the law. Yet, Indians will still find a way to resist any urge to give up on crypto.