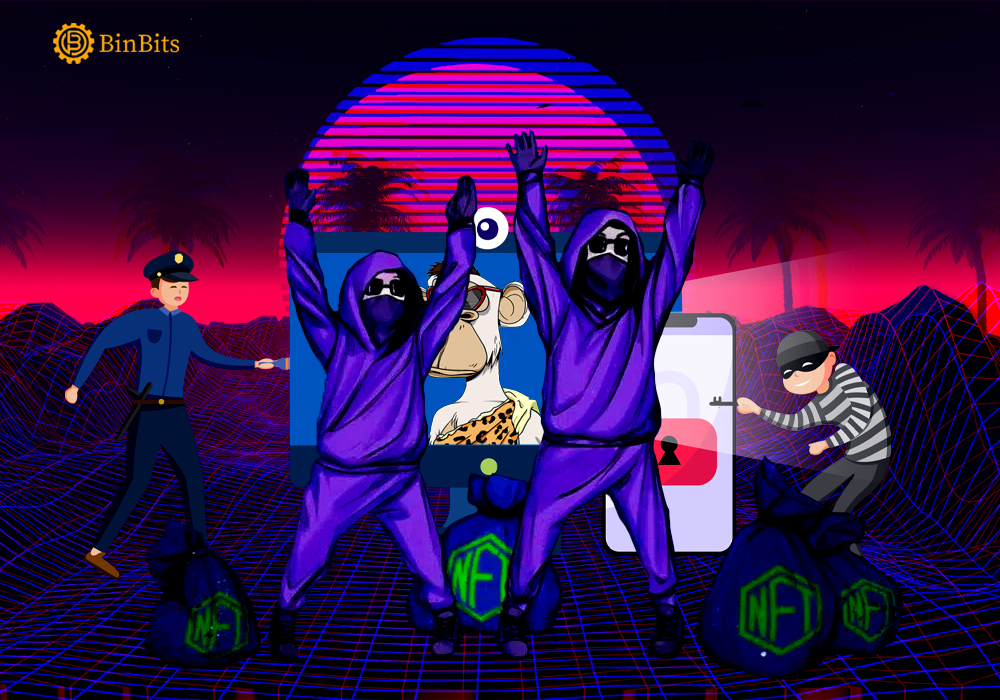 NFT frauds and how you can avert being vulnerable

Indeed, regrettably, as the world of nonfungible tokens continues to enjoy rapid growth, its vulnerabilities (NFT frauds) grow with it. Recall that the industry exploded in 2021 having recorded over 280,000 subscribers and 185,000 individual wallets. Its continuous expansion, however, made it easier for scammers to carry out their cybercrime. As of now, there are numerous forms of NFT fraud obtainable in the space affecting users, developers and host of others. While it might be impossible to fully avert the treats occasioned by these threats, users can still incorporate some protocols capable of helping them elude the criminalistic trend. With this articles, you will learn about the various NFT frauds and how you can overtly avert their threats.

Recall that Recall that Non-fungible tokens (NFT) materialized as a virtual assets, premises on blockchain technology. More so, NFTs can be real-world items, including fashion assets, songs, sports cards, video games, real estate, and a host of others. In common parlance, they manifest from tangible and intangible assets. These creative arts consequently become minted as tokens that become purchased and sold. With this, creators grossly relay their respective works of art into the NFT digital market. Each of the tokens possesses a distinctive code which makes their trading easy. As programmed, NFTs run on the Ethereum blockchain and enjoy overwhelming support from other blockchains.

As earlier noted, NFT frauds have continued to grow with the expanding industry. This, however, becomes obtainable owing to the absence of stringent regulations in the industry. This thus paves way for scammers to carry out their illegal operations, exploiting the weaknesses in the space. As of now, the various NFT frauds, unfortunately, existing in the marketplace include rug pull, impersonation, customer support frauds, phishing, and a host of others.

Rug pull as one of the existing NFT frauds usually materializes in situations whereby initiators of a particular NFT project intentionally exaggerate the project via social media platforms. The plan is not to sustain the project but only to enhance its immediate value to attract huge patronage. After extracting huge amounts of money, they dissociate from the project. The initiators immediately move the money away from the ecosystem. Having done this, the value of the project consequently crashed, leaving investors counting their respective losses. A good example of Rug Pull manifested when Nguyen and Llacuna closed down the project server after extracting about $1m from users. They reportedly relayed the withheld funds to various wallets, condemning their investors to big losses. Although, these two scammers as revealed became nabbed and now facing a potential jail term.

Impersonation also exist on NFT space. Scammers in the desperate bid to loot the wallet of unsuspecting users usually clone URLs of marketplaces. Having done this, unsuspecting NFT traders automatically becomes vulnerable and likely use the cloned platform to carry out transactions. Over time, many have lost funds to this kind of fraud.

NFT phishing remains another fraud obtainable in the industry. The trend usually materializes by securing access to users’ wallets through their personal details. Afterward, the scammer then proceeds to empty the wallet of the vulnerable user. Criminal elements doing phishing fraud usually lookout for users possessing fake ads on Telegram, Discord, etc. Having seen one, they tend to request the keys and security details of the user’s wallet. In another technique, phishing scams tend to also manifest when the scammers clone the account of a developer to deceive users. With this, they tend to threaten users with fake notifications, especially about a possible suspension of their accounts. They will then tell the vulnerable users to click on a particular link attached to the sent notification to avoid account suspension.

In February 2022 for instance, phishing scammers took advantage of contract migration on Opensea to swindle users. The renowned marketplace had sent a mail to guide its users into making the contract migration-related changes. The attackers reportedly relayed phishing emails to users with the same address used by Opensea. As reported, about 31 users became vulnerable to the malicious mail, a development that led to the loss of their funds.

How to avert being vulnerable to NFT frauds

In a bid to avoid NFT frauds, traders must begin to research and ascertain project developers before investing in it. Traders need to inquire about the level of reliability and honesty of initiators of projects before subscribing to it. When you research about this and in the end was unable to get tangible details about the initiators, kindly desist from such project.

Another effective way through which investors tend to avert series of NFT frauds is safeguarding their private and security keys. Under no circumstances should you share these details with anyone. The truth remains that any third party who knows these keys can easily cart away your tokens.

As an NFT investor, you need to be very critical about giveaways which are usually obtainable in the NFT space. If you must take giveaways, don’t take from persons you barely know. Recall that NFTs are linked to contracts which makes it easy for the giver to incorporate authorizations into the token given to you and thus get access to your wallet. Lastly, always check and double check the information of any project before subscribing to it.