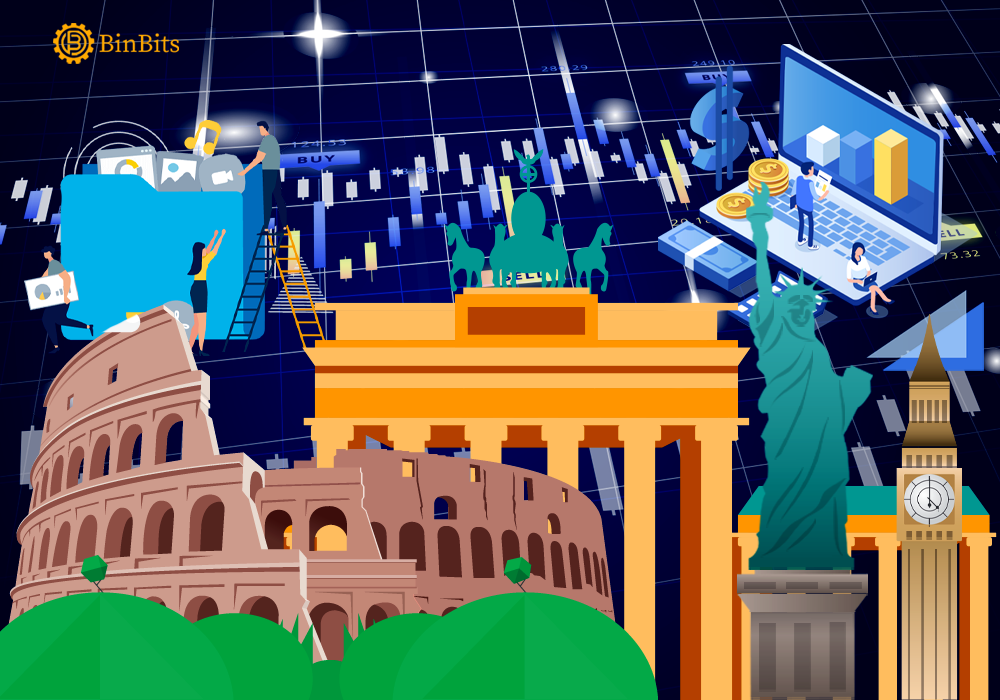 According to a recent report, Italy, the U.K, and Germany are now beneficiaries of Grayscale launch of exchange-traded funds in Europe. According to the CEO of Grayscale, Michael Sonnenshein, the new initiative will go live on the London Stock exchange, Deutsche Börse Xetra, and Borsa Italiana. The project will fly on May 17, 2022.

The development comes subsequently after the CEO of Grayscale, Michael Sonnenshein revealed that the firm intends to grow its base in Europe. The news surfaced some weeks back, however, the CEO didn’t give details about the particular service it’ll offer.

Additionally, the service is tagged “Bloomberg Grayscale Future of Finance Index”. It comprises companies in the crypto sphere, trading platforms, tech enterprises, and others. Reports reveal that the initiative set a record for the first American Virtual asset manager in Europe.

Speaking about the development, Michael Sonnenshein illustrated the company’s commitment to financial technology. He emphasized how the virtual economy is motivated by the expansion of Virtual assets.

Recently, Grayscale has been in a middle of a controversial tussle with the United States Securities and Exchange Commission. Last year, the firm tabled a proposal to the SEC regarding the conversion of its Bitcoin Trust to a Spot Bitcoin ETF. Despite exceeding the stipulated review timeframe, the SEC is yet to approve the proposal.

Michael Sonnenshein reflects on the tussle with SEC

Therefore, the refusal sparked calls for legal efforts against the SEC. In that regard, Sonnenshein revealed that the organization is exploring every possible option. He made it known that nothing can discourage Grayscale from achieving its aims.

Despite the setback, the CEO has refused to engage in a word battle or fire at the SEC. Instead, he opined that the regulatory body might have a perspective regarding ETFs. Nevertheless, he urged the SEC to approach the issue in a transparent pattern.

Lastly, Grayscale has every legal backing to challenge the delay in the judiciary. Nevertheless, Michael Sonnenshein and Grayscale have threaded a careful path regarding the issue. The CEO beseech every party to embrace dialogue and reach a reasonable consensus.