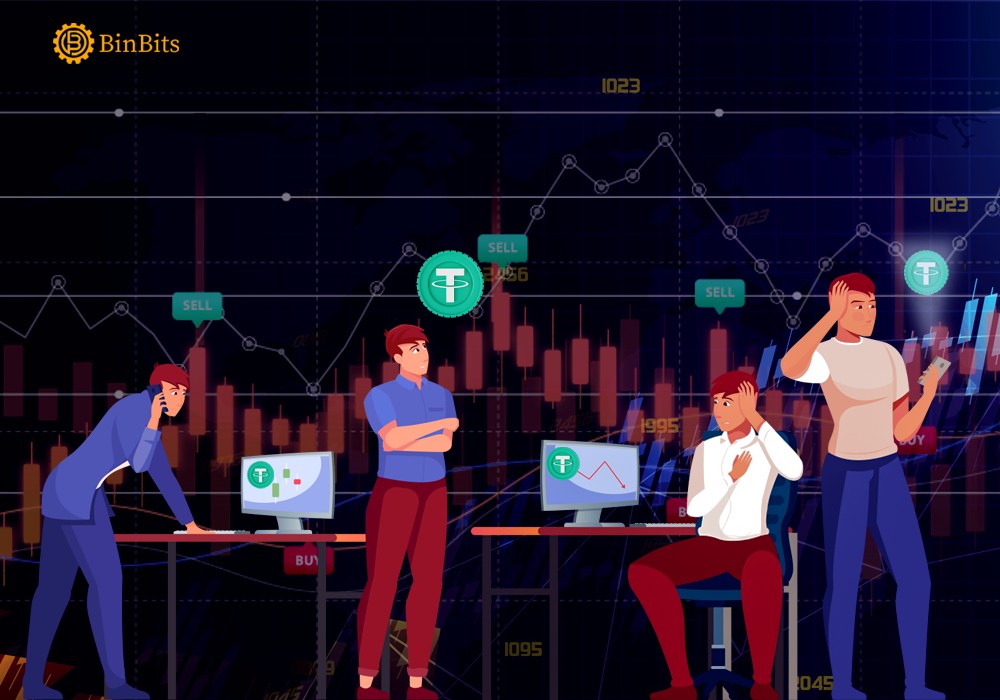 USDT Holders In Panic Over De-peg, But Here’s Why They Need Not Worry

Amid the ongoing general crash of the cryptocurrency market and the de-pegging of TerraUSD (UST) stablecoin, Tether’s USDT may have also lost its U.S. dollar peg, bringing its price below $0.97. However, this seems to have led to a widespread panic as users begin to wonder, if the USDT might face the same fate that has befallen the UST in the past few days.

To this effect, a large percentage of USDT holders have already begun selling off their USDT, even at a discount of 8%, per CoinMarketCap data. Whereas, others are simply just moving their funds away from the stablecoin, opting for more centralized solutions such as the USDC.

Will This Be Another Downward Spiral?

Truly, the skepticism around the USDT is justifiable to a large extent. On Wednesday, Terra’s stablecoin further lost its peg, thereby, causing LUNA to dip by 95% within 24 hours. This has largely fueled the fears of USDT holders as well, once it also de-pegged, looking to emulate Terra’s UST. However, the fears around the USDT are largely speculative and may be totally unfounded.

It must be noted that, Tether’s reserves is not the same as UST’s. While the UST is backed by two highly volatile assets (Bitcoin and LUNA), Tether has a significantly higher level of backing in real cash. That is, only about 6% of Tether’s backing are digital assets.

What To Expect From USDT

Having mentioned the above, it might be reasonable to recall the last time USDT experienced a De-peg just as this. Per CoinMarketCap data, a similar thing happened on April 23, 2017. At the time, the USDT had lost its peg and dropped to $0.97. However, it could not recover immediately and would have to wait out until over a week to get back above $1.0.

Now, this will mostly likely still play out in this present time when panic mode has set in, and sell-off has already begun.

Arguably the largest stablecoin till date, USDT remains at $0.98 at publication. Meanwhile, the UST sadly, has almost lost its entire peg, trading at $0.52.