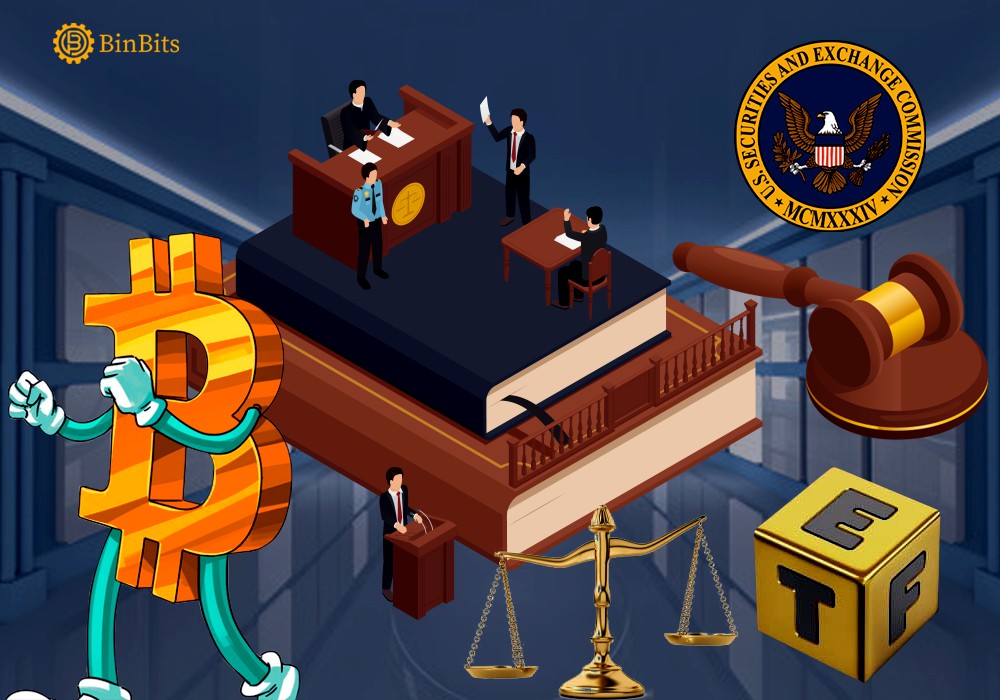 CEO of Grayscale Michael Sonnenshein has claimed that the SEC’s argument against a spot Bitcoin exchange-traded fund (ETF) no longer holds water. According to him, there’s no rationale behind disapproving an ETF that directly tracks Bitcoin, having recently approved a Bitcoin futures ETF.

Sonnenshein’s outbursts follows after the U.S. Securities and Exchange Commission gave a nod of approval on Wednesday, to allow fund managers NYSE Arca and Teucrium to issue an ETF tracking Bitcoin futures. Interestingly, that makes the fourth of such approvals by the SEC. However, the regulator remains adamant about approving a spot Bitcoin ETF, shutting down such proposals from Grayscale and others.

Meanwhile, the SEC has always maintained that it’s disapproval of a spot Bitcoin ETF is purely about customer protection and unclarity of the classification of crypto.

SEC’s Case Against A Spot Bitcoin ETF Has Weakened— Sonnenshein

Sonnenshein has taken to his Twitter page to highlight what seems like double standards on the part of SEC. Lending more credence to his opinion is SEC’s recent approval of the Teucrim ETF, which somehow makes its argument against a spot ETF, bogus.

If the SEC is comfortable with a #Bitcoin futures #ETF, they must also be comfortable with a spot Bitcoin ETF. And they can no longer justifiably cite the ‘40 Act as being the differentiating factor -Grayscale CEO Michael Sonnenshein

Meanwhile, Grayscale may also be threatening to take legal action against the SEC. That is of course, if the regulator still maintains its stance and reject any such proposal from Grayscale in the near future.

Will SEC Finally Budge This Year ?

It is presently unclear whether the SEC will eventually soften its stance against a spot Bitcoin ETF and crypto in general. But with the growing popularity of crypto and a seemingly friendlier federal regulation, all hopes may not be lost.

And looking at what’s going on around, especially with Canada and Europe already allowing the trade of products that directly track digital assets, expectations are getting high. So, just maybe, 2022 will finally see a spot Bitcoin ETF approved by the SEC.