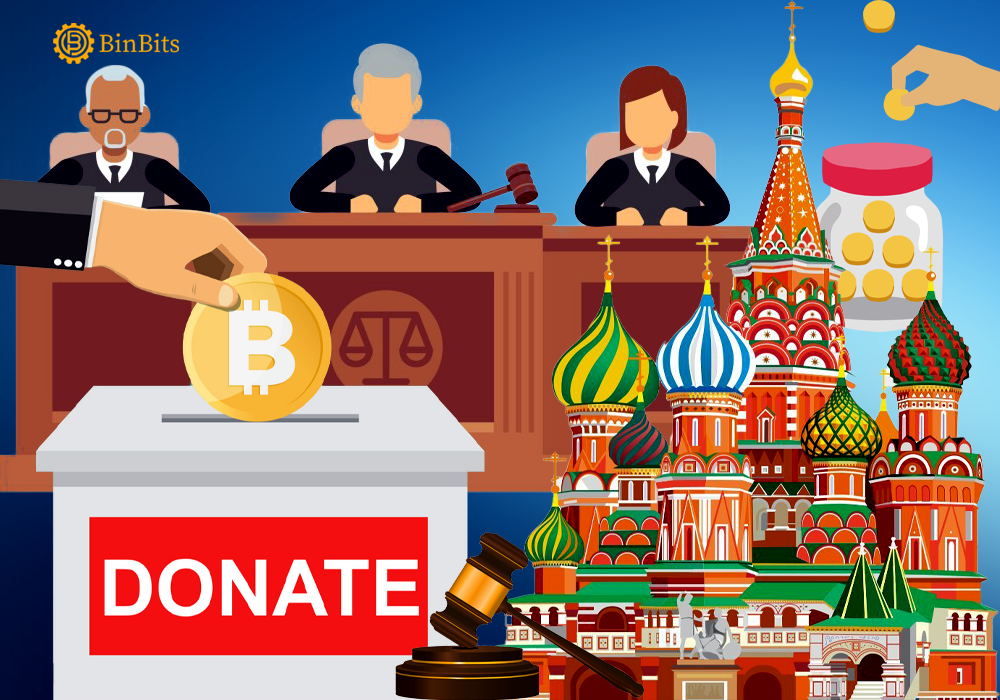 Meduza resorts to crypto donation as sanctions stiffens on Russia

An autonomous Russian news media identified as Meduza recently gathered over US$250,000 in cryptocurrency donations through crypto supporters. This donation manifested as an effort geared towards supporting the continuity of independent news reportage in Russia. Also, the need to consistently report the Barrage of Russian government propaganda and censorship necessitated the move.

According to reports, the Russian -language news outfit based in Latvian claims to always report on Russian issues. Meduza initially called for donations from subscribers in March in form of USD, EUROS, and Cryptocurrencies. The cryptocurrencies, however, entails Bitcoin (BTC), Ethereum (ETH), Binance (BNB), Tether (USDT), Monero (XMR), and Zcash (ZEC).

Recall that Meduza financial crisis emanated in April last year after it became labeled along with others as a Foreign agent by the Russian Justice ministry. As a consequence of this, the media outfit instilled large fonts in front of each of its articles notifying readers of its foreign agent status. Also, a similar notification appeared on all Meduza advertisements leading to the loss of all its major advertisers.

According to Meduza Editor in Chief, Ivan Kolpakov, only a few organizations pay for content promotion created by foreign agents. However, foreign labels failed to deter Russian readers from donating funds to support the organization. The news outfit had proactively set up a medium for donors to give regular donations through their bank payment processor Stripe.

Unexpectedly, Meduza found itself incapacitated by Russian government censorship and the impact of Western sanctions. Also, the media outlet became blocked by the Russian government for conveying information in breach of the law. The authorities further halted its only source of obtaining funds from Russian subscribers.

This, according to reports manifested through a ban on the SWIFT network for Russian banks on February 26. SWIFT emerges as an international financial messaging network employed by financial institutions to perform International money transfers.

Furthermore, the Media organization recently gave details as regards the encountered censorship on its donation website. According to Meduza, the restriction deterred its accessibility to donations from Russian supporters.

The news organization and its correspondents had consistently relay updates on Russia’s war against Ukraine. It also conveys reports on Ukrainian civilians affected by the war and important events discarded by local Russian media.

In addition, Meduza boasted of enjoying millions of people as audience. Kolpakov revealed the media house had lost over 30,000 fundraisers as transferring money from Russia to Europe became impossible. In an interview with a popular media, Ivon revealed recent donation will benefit its 25 reporters who exited Russia to resettle in Riga, Latvia, the company’s headquarters.