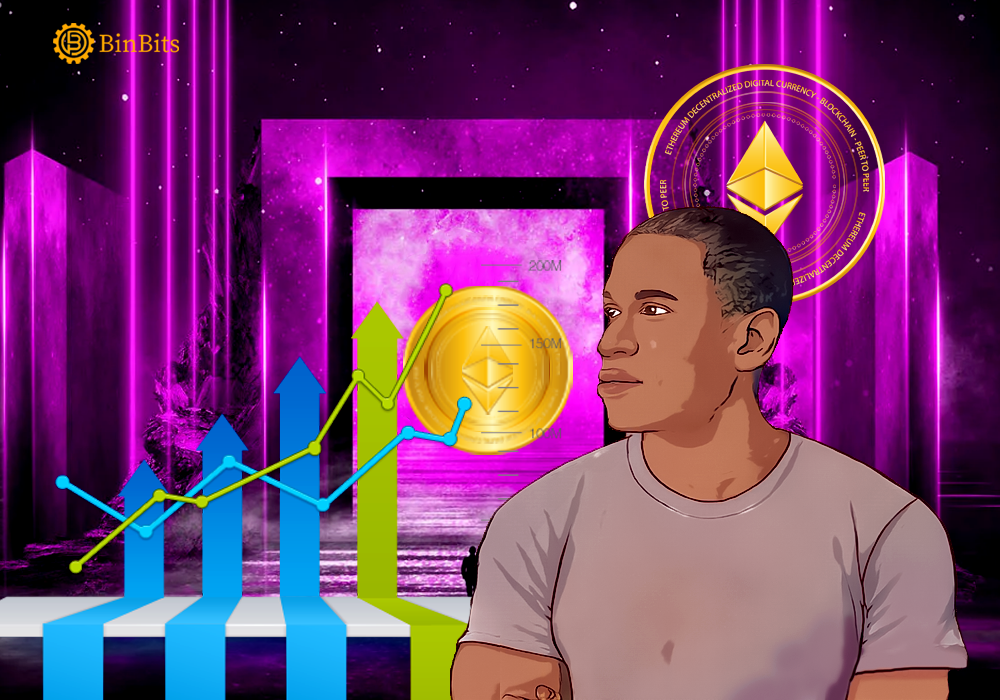 Crypto exchange Bitmex co-founder Arthur Hayes has given his prediction for Ethereum (ETH) price for the year running. And according to him, ETH price will likely surpass the $10,000 mark by the end of 2022.

Meanwhile, Arthur Hayes has also explained the reason behind his prediction. He claims that the upcoming migration of the Ethereum blockchain to a proof-of-stake (PoS) model would make it look like a bond. Therefore, making it a lot more attractive to institutional investors.

Hayes also added in the blogspot that ETH’s annual returns under a PoS mechanism would be greater than anything conventional debt markets could offer. At least, as much as 11% higher. So, with that much of potential ROI, it’s expected that large amounts of institutional capital will also flow into ETH.

When the dust settles at year-end, I believe ETH will be trading north of $10,000.

Furthermore, Hayes also highlights some more factors that will help boost ETH price as the year goes on. Amongst them are the little or no risks attached with staking on Ethereum, and the low borrowing rates.

As global real rates are deeply negative, I want to own an asset that has a positive yield in its own currency — and at the moment, that is ETH.

Lastly, the PoS model is expected to cater to the environmental concerns usually associated with most cryptos. And this makes for easier regulatory compliance.

Interestingly, Ethereum is already seeing some positive price action, even as it awaits its PoS migration. The month of March saw the world’s second-largest cryptocurrency rise nearly 16%, bringing it to trade at around $3,500 — its highest level so far in 2022.Hayes has also claimed that ETH currently makes up no less than a quarter of his portfolio. However, he plans to increase his ETH tally ahead of the highly anticipated PoS. At press time, ETH is trading at $3,483 per CoinMarketCap data.