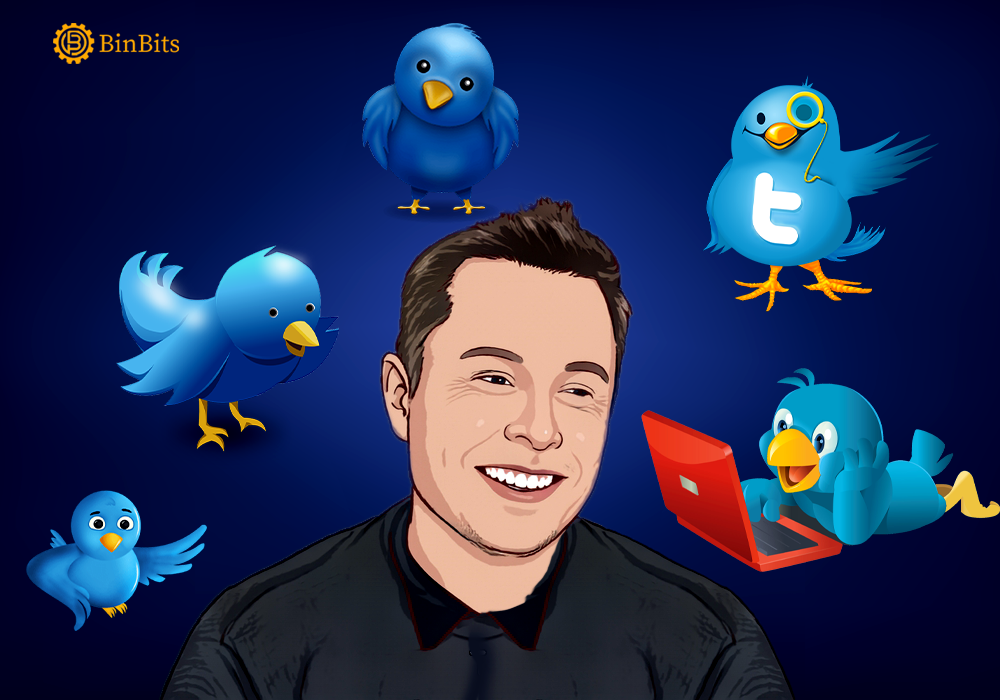 Elon Musk Would No Longer Be Joining The Twitter Board, But What Made Him Decline The Offer ?

There has been a twist in the fairy tale of Tesla CEO Elon Musk joining the board of directors at social media platform Twitter. According to a recent tweet by Twitter CEO Parag Agrawal, Elon Musk has decided against joining the company’s board.

Although Musk’s reasons have not been clearly spelt out, Agrawal’s statement may suggest some differences in ideology, being the reason behind Musk’s decision.

As BinBits reported last week, the appointment of Musk to Twitter’s board was announced by Agrawal himself. However, fresh reports seem to show that the Tesla CEO has wasted no time in declining the appointment.

According to Agrawal who wrote to the Twitter team, Elon Musk had responded on the same day his appointment was to be made official, that he would not be joining the board. Agrawal then further wrote:

I believe this is for the best. We have and will always value input from our shareholders whether they are on our board or not. Elon is our biggest shareholder and we will remain open to his inputs.

Meanwhile, it’s important to note that the tech billionaire Elon Musk still retains a 9.2% stake in Twitter, making him the largest single shareholder of the company.

Could Different Ideologies Have Informed This Decision?

Earlier, Musk had conducted a Twitter poll seeking his followers’ opinions on whether the platform believes in “Free speech”. Interestingly, the poll results came in with a staggering 70% of respondents voting negative. So, it was the idea of many, that Musk — now a key shareholder and a potential board member, could suggest key changes to the board.

However, some parts of the statement issued by Agrawal may be suggestive of the fact that both Musk and the Twitter Board refused to get on the same page.

Some believe that Musk is not ready to give up his free speech because of the part that talked about having to act in the best interest of the company.’ Others also feel that the results of a background check on the Tesla man is why the board decided against carrying on with the appointment.

But in the real sense, would a background check not have been carried out before appointing him in the first place?

Interestingly, on Saturday, April 9, Elon Musk proposed an idea of introducing a monthly paid subscription to the Twitter Blue service for as low as $3 monthly. He also proposed proper verification of users.

Furthermore, he also suggested that Twitter should start accepting payments in Dogecoin (DOGE). But as it turns out, fans of the Dogecoin may have to hold on a bit longer. Meanwhile, Agrawal has confirmed that, moving forward, Twitter may be considering Musk’s suggestions. After all, he’s still a major shareholder in the company.