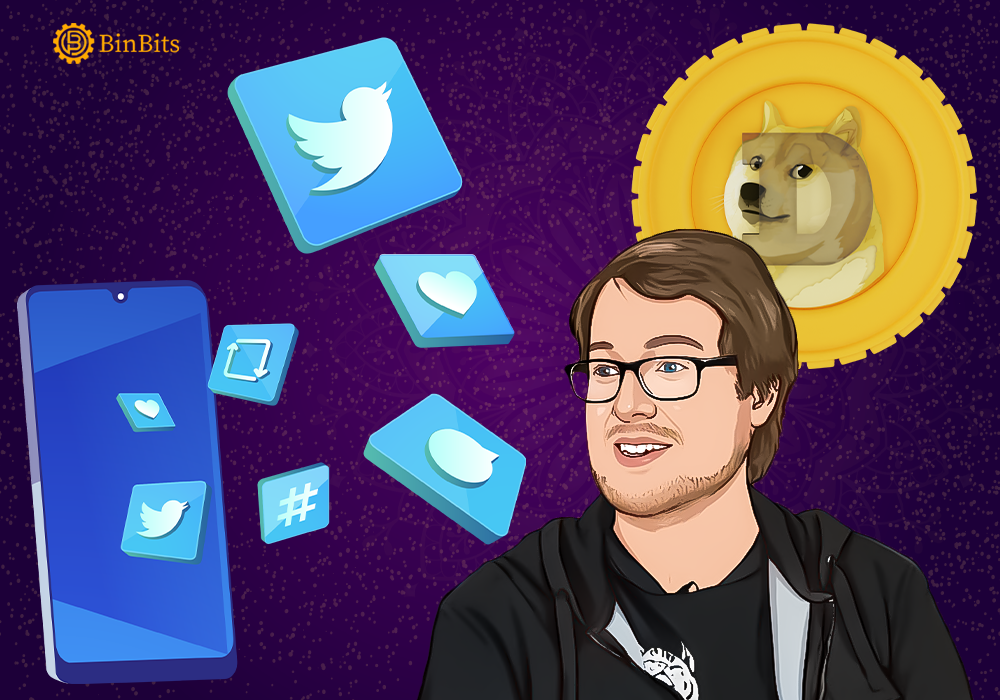 Co-Founder of Dogecoin is backing a petition launched on Change.org. Additionally, the petition wants Twitter to allow users to send tips with Dogecoin cryptocurrency.

On February 18th, Billy Markus tweeted, saying that Twitter should add Dogecoin to its tipping feature. This development follows Twitter’s announcement of adding Ethereum Tipping to the platform.

Moreover, Markus asserted that Dogecoin is the original tipping cryptocurrency of the internet. Hence, it should find a place on Twitter’s services as well. Furthermore, he has asked everyone to sign up for the petition to support the popular meme cryptocurrency.

The petition on the platform Change.org says that “Dogecoin is the People’s crypto.”

Moreover, it adds that it is the perfect cryptocurrency for tipping purposes. The petitioners claim that Dogecoin has the lowest transaction fee among cryptocurrencies. Also, they say that it is an inflationary digital currency.

Markus, too, has called Dogecoin the first tipping cryptocurrency. In 2014, the Dogecoin community-contributed crypto to allow the Jamaican bobsleigh squad to compete in the Winter Olympics.

Dogecoin’s supporters claim that if DOGE is added to Twitter’s tipping service, it will be the most used crypto on the platform. As of now, the petition has over 2,495 signatures.

In 2021, twitter added the tipping feature on their platform. It allows users to send and receive crypto on the social media platform.

Moreover, Twitter has explained the reasoning behind the move. The company has said that tips will help users show support, appreciation, reward, or allow anyone they want. They could help out emerging creators, journalists, and Twitter space hosts with the tip jar.

The social media platform is slowly integrating with the digital asset world. After adding Bitcoin to its tipping jar, it added Ethereum as well. Moreover, blue tick users can now set NFTs as their profile picture.

Billy Markus has asked the Dogecoin community to show support for the petition. He tweeted, saying, “for everyone else, here’s a petition to sign. Let’s show our interest shines!”

The tweet seems to be working as the petition increases supporters signing up for the cause.

Moreover, Markus promised that he would publish one tweet in support of the petition every day. At present, Twitter has not hinted at any intention to add more cryptocurrencies to the tipping feature.