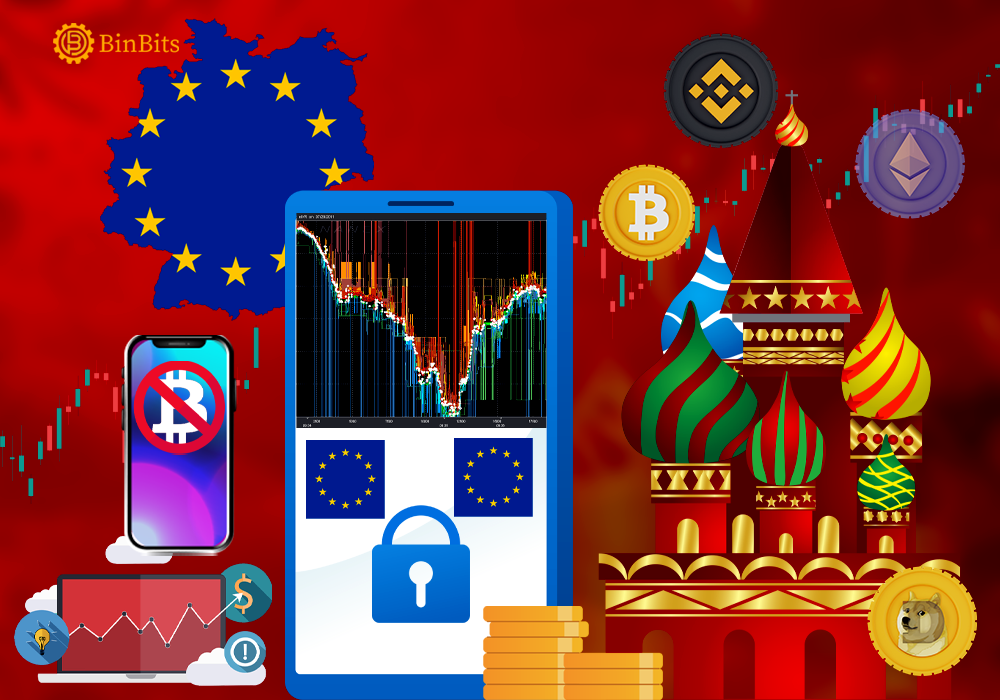 The European Union (E.U) has ban Russia from benefiting or conducting Crypto transactions of High volume. This is another response from the E.U to show dissatisfaction towards Russia’s aggressive military operations in Ukraine.

Motive of the New E.U ban on Russia

Furthermore, the European Union address how the new ban will strengthen the old sanction on the country. It will close every possible gap Russia can explore to limit the effect of the sanctions on its Economy and Financial power. This new E.U ban implies that citizens of Russia will not be able to receive cryptocurrency into their wallets.

Lately, there are concerns about how Russia is forging ahead to escape the penalties. In that regard, The European Central Bank President, Christine Lagarde, raised alarm on how Crypto can help Russia escape the sanctions. The foregoing resulted in this new development that will stop Russia from engaging in voluminous crypto services. This will further calm growing concerns from the United States and the E.U on how to effectively ban Russia. This has resulted in hitting Kremlin with strict sanctions, and the exodus of multinational organizations from the country.

Also, the E.U ban its members from buying Coal from Russia. According to the E.U, it will further weaken Russia’s financial power, and it’ll stop Kremlin from financing the ongoing invasion. Statistics reveal that Coal exportation contributes to €8 billion in revenue annually for Russia.

Differences, Severity of the Sanctions on Russia

However, its imperative to note that the New ban on Russia will indirectly affect Belarus. The EU also added that Russians and Belarusian working in the commission is under the ban as well. The ban also extends to the denial of Russia Vessel from gaining entrance into any see ports in the E.U jurisdiction.