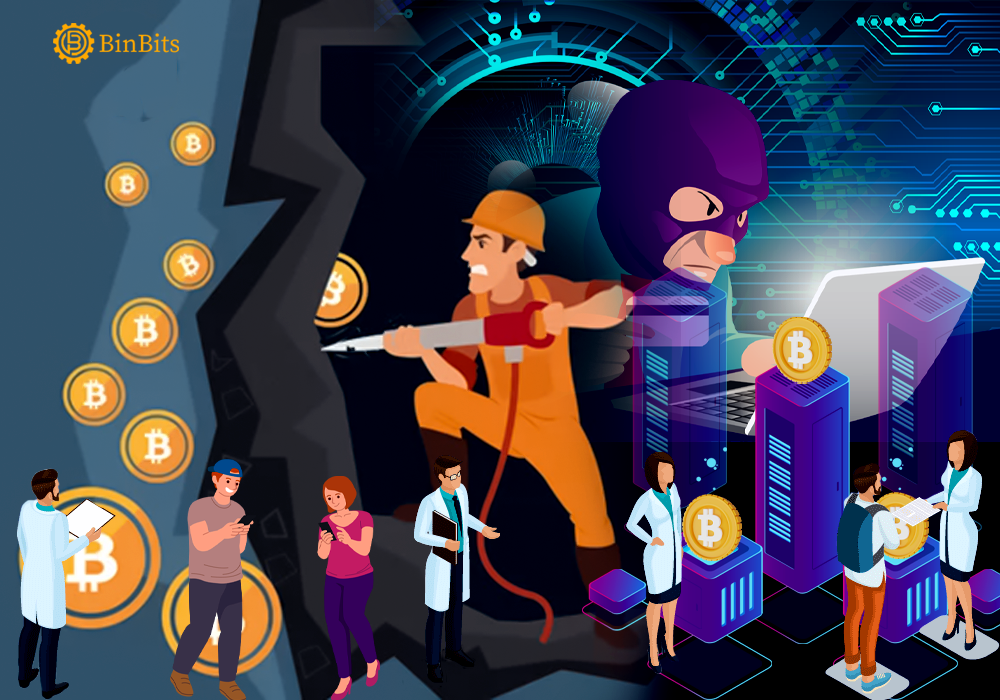 Cryptojacking and how miners can prevent it

Over time, the growing crypto space has regrettably become vulnerable and open to varieties of cyber attacks and malware. As the industry continues to witness massive expansion, its cyber attack penetration level keeps rising. According to a 2022 Crypto Crime Report by Chainalysis, the industry endured an unprecedented increase in the rate of exploitations in 2021, leading to the pilfering of funds amounting to billions of dollars. As earlier hinted, numerous cyber-attack techniques exist in the crypto space. One of such malicious attacks or exploitations, identified as cryptojacking, usually manifests within the crypto mining space.

Cryptojacking as a form of cyber attack usually manifests in situations where an exploiter secretly exploits the computing power of vulnerable victim (s) to mine cryptocurrencies. This thus establishes the fact that the malicious trend usually unfolds in the crypto mining space. Recall that cryptocurrencies function through a database that must be consistently updated with recent transactions.

As designed, those transactions are stocked in a block. This development, however, mandates the creation of more blocks by miners using computing power. These miners invest their computing powers or energies in exchange for cryptocurrencies. With cryptojacking, the exploiter illicitly explores the bandwidth and computing power meant for the vulnerable miner to successfully carry out the act. This consequently allows the hackers to acquire cryptocurrencies without incurring any mining costs.

This form of malicious threat posseses robust techniques and resources which makes its manifestation unnoticed. For exploiters to successfully carry out cryptojacking, a huge amount of processing power is needed. This thus usually compels involved hackers to exploit many devices in a bid to secure more computational power to carry out the exploitation.

Carrying out the malicious act

To perfect this malicious act, hackers incorporate cryptojacking programs into miners’ computing devices. They perfect such an illicit technique by making the unsuspecting miner click on a risky link relayed through the mail. More so, the hackers can also make a device vulnerable by integrating a site that automatically executes itself in the browser of the device. These programs work by secretly mining the crypto. Even though the menace of cryptojacking softwares poses no harm to vulnerable devices other than slowing its performance.

Recorded cryptojacking occurrences in the past

More so, a Microsoft Store endured an exploitation in 2019 through eight different cryptojacking softwares. As revealed, the softwares heinously mined cryptocurrencies via the computing powers enveloped in the devices. Although, these threats became discovered and terminated from the system. In addition, a Los Angeles Times” Homicide Report endured cryptojacking implications in 2018. Unfortunately, devices of users of the page became employed in mining Monero, a renowned cryptocurrency.

Detecting and Preventing the malware

As earlier asserted, cryptojacking attacks usually manifest secretly and thus make detection very difficult for victims. However, computing devices enduring malicious threats always perform slowly. This simply means that users must check for possible cryptojacking threats whenever their devices exhibit poor or slow performance. More so, any devices enduring cryptojacking malware tend to overheat or record fast battery drainage. For instance, the computer fan may run faster than the usual pace or heat up. Users need to stay very vigilant in noticing these as possible symptoms of cryptojacking.

In addition, devices enduring this malware tend to record an unprecedented increase in its CPU usage, particularly when users use a particular website with small content. This thus mandates every user to frequently check the CPU usage through its task manager. This helps to enable them to notice the unwarranted increase and check for possible cryptojacking threats.

First, to prevent the menace occasioned by the malware, miners need to embrace the usage of protective web browsers. These web browsers usually help to block any potential manifestations of the threat or attack occasioned by its usage. As of today, such web browsers include No coin, Anti Miner, MinerBlock, and many others. These browsers possess features which enable to detect and aver malicious codes.

Furthermore, miners must begin to install solid and effective cybersecurity softwares on their devices. Not just installing, miners need to consistently update these softwares to meet the emerging needs. These softwares help to detect and subdue any malwares ravaging the devices. However, these softwares work better as a proactive measure to prevent the trend.