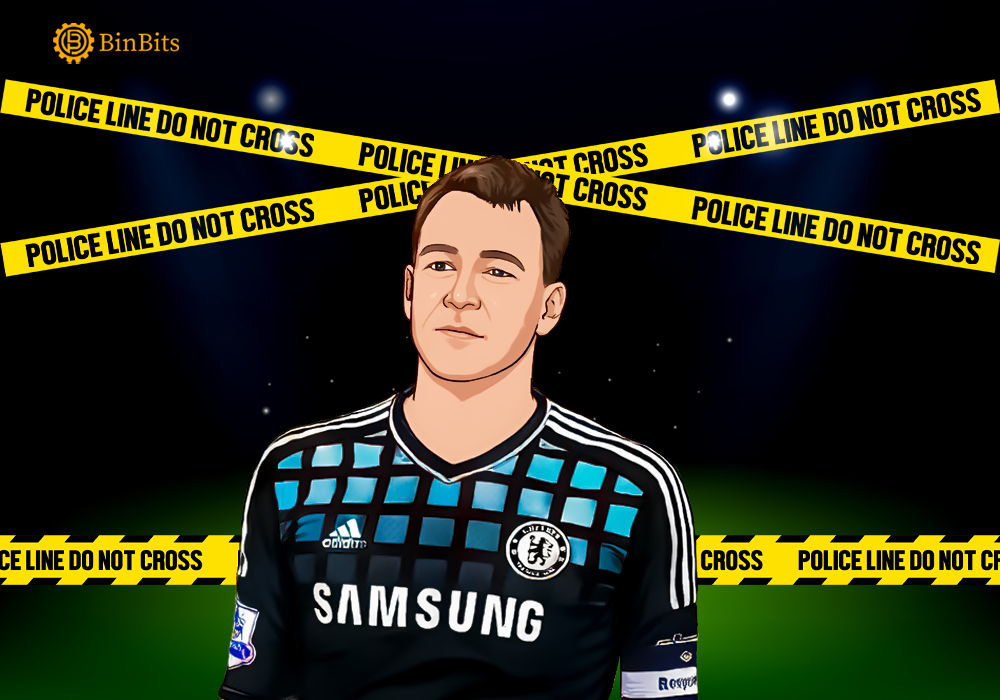 While John Terry is struggling to tame the blazing inferno of UEFA and Chelsea’s investigation into his involvement with APKC and violation of their trademark, every NFTs investor and hopefuls should see the positive part of this fracas.

Recently, UEFA and Chelsea announced their intention to investigate Terry’s heavy involvement with the Ape Kids Club. Keeping the record straight, UEFA isn’t questioning John Terry’s decision to own or promote the APKC. The concern is the violation of the association’s intellectual property. The APKC he promoted in his tweets contains some cartoons that carry the official badges of UEFA and Chelsea, as well as some trophies that are directly related to UEFA.

However, it’s glaring that UEFA or Chelsea is not against his recent romance with the APKC. They are only protecting the imagery of their respective brands, to avoid dragging them into a future debate about APKC.

Furthermore, John Terry’s influence in the soccer world can never be silenced. The former Chelsea skipper has influenced hosts of retired and active players towards joining the project. A positive move that has not only benefited the APKC but the whole world of NFTs and cryptocurrency.

Undoubtedly, one can’t shy away from the reality that cryptocurrency and NFTs are gradually finding their way into crucial industries. Ever since John Terry joined the league of NFTs disciples he has influenced the likes of Bobby Zamora, Asley Cole, Tammy Abraham, Jack Wilshere, Reece James, and other football stars.

Additionally, the recent development is a strong point of conviction that cryptocurrency is gradually creeping into the football world. Around early 2018, it was reported that a Turkish football club paid for the transfer fee of Faruk Kiroglu using cryptocurrency. In 2021 a Spanish club paid the transfer fee of David Barrel via Bitcoin. Binance is also one of the major sponsors of the ongoing African Cup of Nations (AFCON).

The Ape Kids Club can be liken to popular Bored Ape Yacht Club, it’s safe to say that APKC is another version for kids. Terry has emerged as a leading figure for APKC  since it was launched in December 2021. John Terry is a retired footballer, during the course of his career, he played for Chelsea, England, and Aston Villa. He’s currently a coaching consultant for Chelsea, during his playing days, he won series of trophies as a center-back before retiring in 2018.He’s a leader within and outside the footballing world, while many young and aspiring footballers are looking up to him as a source of his inspiration.

Thus, making his involvement with APKC an ideal opportunity to positively expose the younger generation to NFTs and cryptocurrency. Bringing NFTs and cryptocurrency closer to the younger generation is a strong preservative pattern for the industry. Surely, kids will grow up to be adults, leaving them with the opportunity of exploring the good possibility of NFTs. In return, NFTs will continue to exist and overgrow into becoming a mainstay in the world’s economy.

Lastly, John Terry has accommodated legal advice and subsequently removed the badges of UEFA and Chelsea from the APKC cartoons. The move should free him from the microscopic eyes of UEFA and Chelsea. John Terry will surely continue his gospel of spreading the APKC among football stars and football lovers as well, which is indeed a welcome development for the cryptocurrency Industry. Terry’s romance with NFTs is indeed a marriage-bound relationship that’s prone to bear children of good fortunes for NFTs investors.