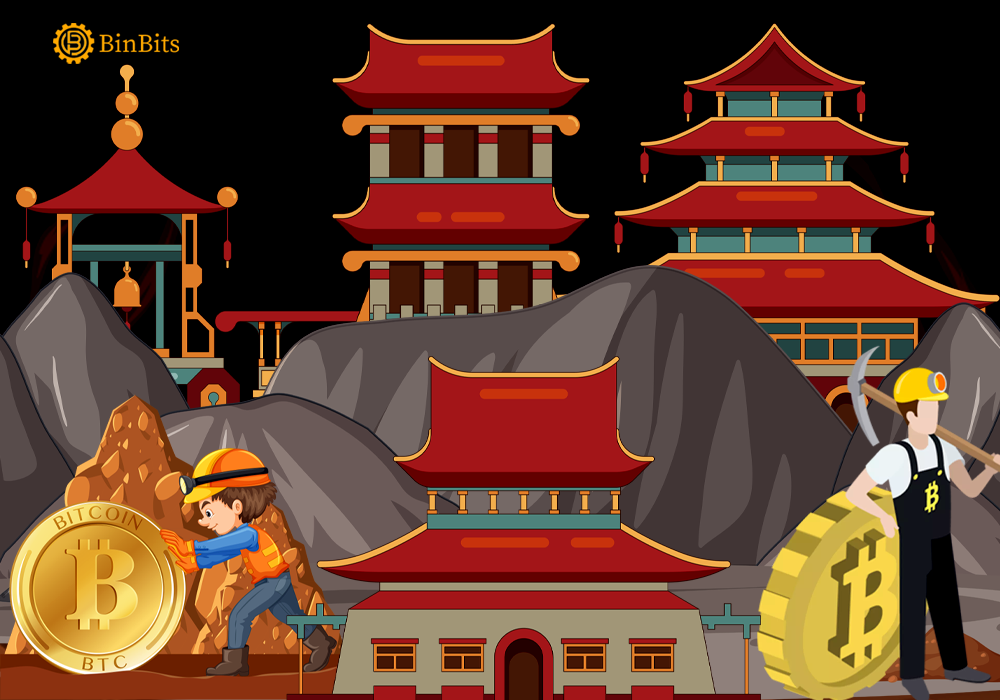 China Ban on Mining: Effect and Road to recovery

Around June 2021 when China imposed a ban on all Bitcoin mining activities many mining firms fled amidst heavy enforcement. The ban didn’t imply mining alone, China slammed the ban on other Crypto investments in the fear of money laundering and terrorism. To encforce the ban, China mechanized various means of ensuring a clampdown on mining activities. Tracking heavy power usage, IP address, and increment of electricity tariff all played an important role in the enforcement.

This strict ban resulted in a massive decline in the country’s harsh rate. Miners resorted to Kazakhstan as an alternative destination, this led to a decline in China’s input to the overall hash rate of 13.2%. In return, Kazakhstan witnessed an increment of 18% around August 2021.

Sentimentally, one would reason that the ban will significantly affect the country’s production and slow the progress of Bitcoin there. As everyone would expect, the ban is supposed to have an impact on mining activities in China, and surely it did. Chase out mining firms, reduce harsh rates and drag China out of the top ranks.

Nevertheless, from Government’s perspective, the ban is a timely intervention to protect its electricity grid. China’s evolution toward green power is a motivation behind the brutal enforcement. However, it’s surprising that these miners have adjusted to the new development at a fast rate.

However, the Harsh rate has grown massively, placing China second behind the United States of America. Research by the Cambridge Center for Alternative Finance (CCAF) China has recovered 30.47 Exahashes every second. This development is a surprising one, in fact, many would-be wondering how Mining activities in China recovered from the dip.

Preferential Treatment for NFTs and Metaverse

In 2021, the Ban on mining also affected its transaction and ownership in the country. The Chinese government instructed local backs to desist from facilitating Bitcoin transactions.

This decision forced e-commerce powerhouse, Alibaba to halt sales of mining gadgets in China. The perceived distancing act by the firm also fetched the removal of anything relating to crypto on its platform. Alibaba erased Ethereum, Litecoin, and others. Still, the Vice Chairman of the Ali Baba, Joe Tsai admitted to having an inextinguishable love for Crypto.

Meanwhile, the tough attitude didn’t stop the firm from venturing into the metaverse and investing in NFTs. Despite the ban, the aforementioned digital assets flourished well enough. Individuals and companies in the public and private sectors embraced NFTs mostly as China considered it a cultural artifact.

Despite this heavy ban on crypto, NFTs remain unregulated in the country. Recently, the Chinese Communist Party called for the regulation of NFTs just to protect investors. To further emphasize the subtle approach of the Chinese government towards NFTs and Metaverse. Some months back, The Chinese Banking and Insurance Regulatory Commission advised investors to avoid certain projects on metaverse.

How firms recovered from ban on Bitcoin mining in China

Additionally, at the end of arrival, crypto enthusiasts will savor the news of this recovery, and take solace in it. Yet, it’s difficult to embrace or even describe the enduring phase the result went through. Before the ban, China is without doubt one of the leading forces to reckon with in Bitcoin Mining. With full strength, the Country contributed over 30% to the overall hash rate of Bitcoin Mining. Data revealed how the country sternly battled it out with the U.S for the top spot as the country with the highest Bitcoin mining hash rate.

Considering all available facts, bitcoin mining remains illegal with fierce opposition from laws and enforcement. To survive, Mining firms also devise different means and strategies to operate In the dark. Miners first began operations quietly like an illegal drug syndicate. The started their procession under the skin of fierce resistance and regulations. They effectively use International VPNs to conceal their location. The research also reflects a significant development of this hidden operation.

Also, the idea to move away from the power supply system in the country and break down operations into a mini but scattered system. All these systems played an effective role to hide miners from enforcement agencies. From there, they grew in confidence, production size, and effectiveness. Lastly, this development is very likely to aid stern imposition. Notwithstanding it reflects the tendency of Bitcoin and crypto to still forge ahead during hard times.