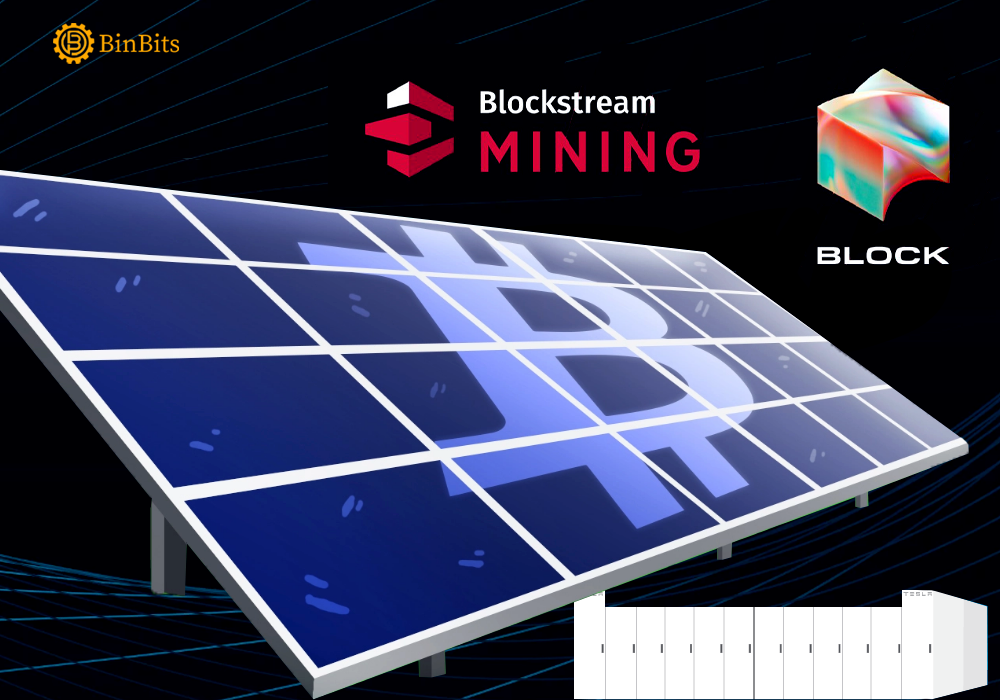 Blockstream set to partner with Tesla for bitcoin mining

Blockstream and Block recently revealed intentions to commence mining of Bitcoin, via a solar-based mechanism initiated by Tesla. This development became public through a press statement relayed by both firms. According to the release, the bitcoin mining facility remains geared towards completion before the end of the year

The Co-founder of Blockstream, formerly known as Square, Adam Back insisted that the building of the facility testifies to the fact that the technique allows large-scale bitcoin mining, particularly with renewable energy. According to Back, the facility possess a dashboard that allows users to grossly monitor the real-time operations. Back further that with the development, members become eligible to monitor the power output. He believes it possesses the ability to aid the realization of the total amount of mined bitcoin. This, becomes only possible via the imminent facility.

However, the manifestation of the partnership between Blockstream with Block in June 2021 grossly aided this recent development. At that time, both firms announced intentions to initiate a mining facility geographically located in the United States.

The peculiarities of the mining facility occasioned by Blockstream, Tesla partnership

Furthermore, the facility will enjoy about 3.8-megawatt Solar panels and 13 megawatts-hour maaaaaegapack power, relayed by Tesla. According to the announcement, the collaboration of Tesla photovoltaics and Megapack battery tools aid the 30 Petahashes per second of mining. This, however, becomes feasible at the facility, particularly with the existence of 100% solar power.

As things stand, miners of bitcoin hugely employ renewable sources of energy to mine the virtual assets. This nevertheless aids the cancellation of the belief depicting the project as fermenting more harm to the environment. Now, the recent bitcoin mining partnership between these firms justifies the report that revealed the increase in worldwide bitcoin mining. The report insisted that bitcoin mining, particularly with renewable energy increased from 1% to over 58%.

Recall that Tesla, a renowned producer of electric vehicles dominated the digital airspace last year. This, however, manifested following Tesla’s purchase of a digital asset, amounting to about $1.5 billion. More so, the manufacturing firm decided to temporarily receive the asset as payment for the sale of its products.

But, the development failed to stand the test of time after Tesla hinted environmental issues for the discontinuation of the acceptance of bitcoin. Now, the ongoing partnership of the firm with crypto firms in mining bitcoin tends to make the company decide to accept bitcoin again.