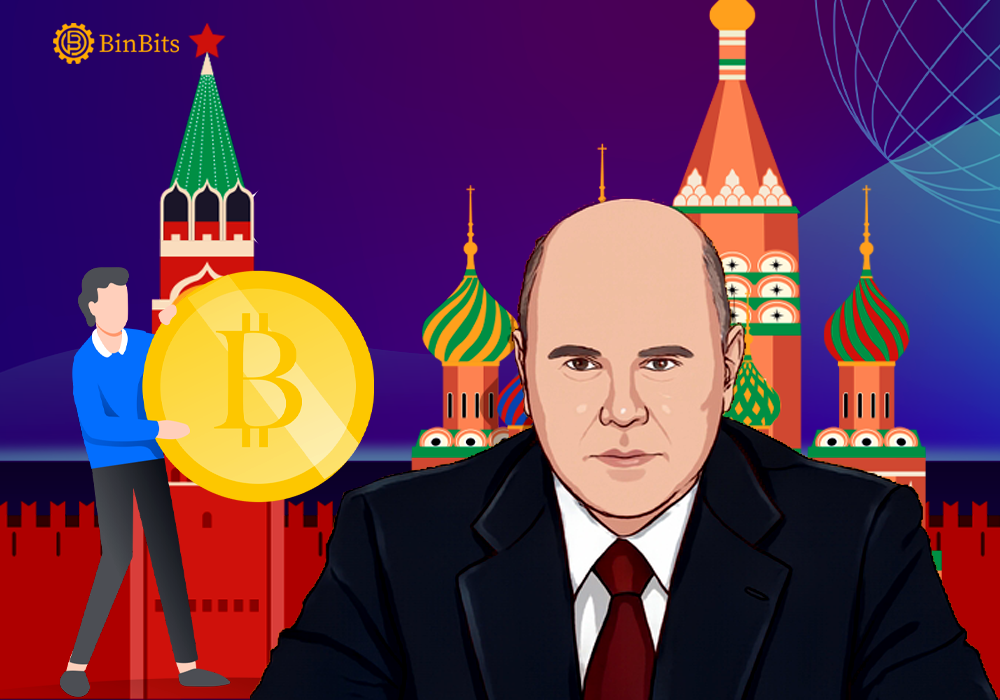 Russian Prime minister PM Mishustin may have just declared how much crypto, that Russian nationals hold in their possession. And this is despite the government of Russia having not come up with a regulatory framework just yet. But according to a recent revelation by Russian prime minister Mikhail Mishustin, the citizens of the country have cryptocurrency holdings, running into billions of dollars.

Russians Hold Over $130 Billion Worth of Crypto — PM Mishustin

Speaking at the annual reports presentation by the Russian government on Thursday, PM Mishustin says Russians have a cumulative crypto holding that’s worth over 10 trillion rubles. That’s approximately $130 billion.

Although, the source of his information wasn’t revealed in his statement, the prime minister noted that the figures they came up with were based on estimations. PM Mishustin says;

We are well aware that we have more than 10 million young people having opened crypto wallets so far on which they have transferred significant amounts of money, which exceeds 10 trillion rubles.

Sanctions May Have Contributed To Increased Adoption

Meanwhile, it might be worthy to note the resilience of Russians to keep investing in cryptocurrencies. Recall that so far, the Russian government has failed to establish a clear regulatory framework for the ever-growing crypto market.

Also, the Russian central bank has been a tough nut to crack for the crypto industry. In fact, earlier this year, the governor of Bank of Russia governor Elvira Nabiullina even called for Bitcoin to be outrightly banned. But then, despite all of the constraints, citizens of Russia have continued to find a way to keep adopting crypto. How then are they able to do this?

Recall that, numerous sanctions have been dealt Russia by global officials since invading Ukraine. So, it is only expected that more investors will opt for and adopt crypto as an alternative to traditional transactional currencies. Of course, this is so as to ease the burden imposed upon them by reason of the sanctions.

Meanwhile, it is also important to note that adopting crypto by these citizens, does not exactly equate to evading sanctions. As earlier explained by Bank of Russia’s first deputy governor Ksenia Yudaeva, evading sanctions using crypto is “practically impossible”. And especially, when done with large transactions, Yudaeva added.