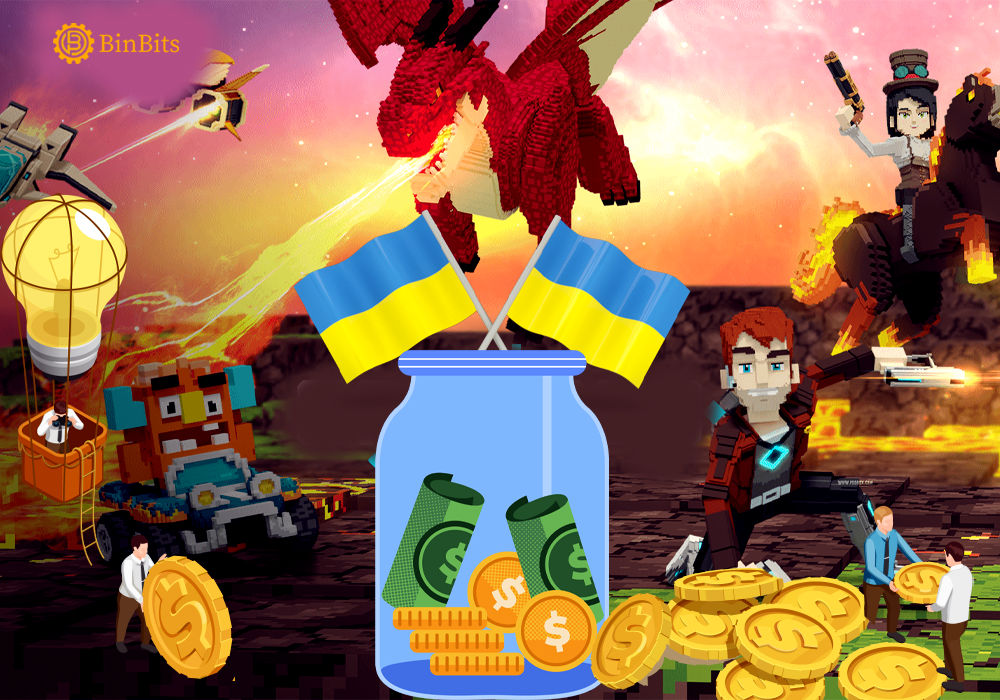 Ukraine To Sell 10,000 Flags As NFTs On Sandbox

Virtual gaming world Sandbox has announced a partnership with MAUER as part of efforts to raise 2 million dollars for Ukrainian residents. The partnership deal was announced via Sandbox’s official Twitter page on Wednesday. It reads:

“Together with MAUER, we are raising funds for the Ukrainian citizens currently suffering from the war.”

Sandbox And MAUER Team Up To Raise $2 Million For Ukrainians

According to the statement, both partners (Sandbox and Mauer), would be selling a collection of 10,000 Ukrainian flag NFTs called the ‘Wave NFT’. And, each copy of the assets would come at a price of $100. Structurally, the asset has a flagpole, a base, and a waving Ukrainian flag. It’s in-game dimension shows that each flag is 25 meters in height, while the flag is around 8 meters wide.

Meanwhile, the sale of these flags is exactly where MAUER comes in. That is because all sales will be done through the MAUER website. And interestingly as it is, the seamless payment flow available on the website, makes it even easier to pay for the flags using either card or crypto.

Furthermore, the group also revealed that it will look to ensure that all revenues generated by the sale will be used effectively. This will be done by ensuring that, charities that will receive the funds are well vetted by MAUER’s Ukrainian employees.

Collection To Launch In April

According to reports, the Ukrainian flag NFT collection will be launched by the end of April to every wallet that buys the original NFT on the MAUER website. Meanwhile, Ukraine has also shown interest in the minting NFTs for the cause.

We will mint up to 43,287,512 editions – one for every Ukrainian citizen. 100% of the proceeds will go to Ukrainian charities. If you sell the piece, a 10% royalty fee will also go to the charity.

Without a doubt, Ukraine has seen a considerable amount of support from the crypto industry since the Russian invasion. In fact, no less than $100 million worth of crypto donations have been made to the cause of the wartorn country since the war began.