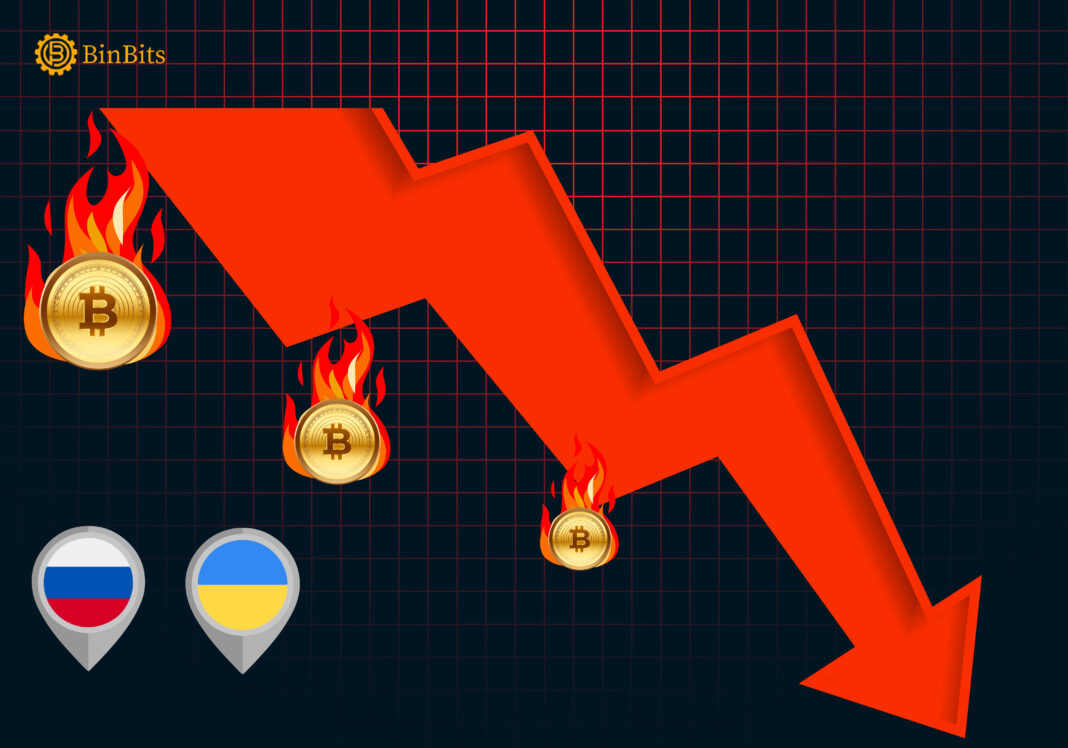 The Russian-Ukraine conflict manifested a noticeable dip in the prices of Bitcoin and other crypto. This is a result of the increasing tension in Ukraine as Russian forces were seen in the eastern region of the country. The development inflicted fear on investors, therefore, resulting in a price dip of Bitcoin and other cryptocurrency. Bitcoin experienced a noticeable dip to $36,370 which sums up to a 20% decline from Bitcoin’s price last week. This resulted in a 15% submersion on Solana, Cardona, XRP, Ethereum, and BNB within the last 24 hours.

The implication of the Russian-Ukraine conflict on crypto

Furthermore, the recent price plunge of crypto is a development on the price crisis in the industry. The industry has lost over $400 billion from the overall $1.6 trillion net worth due to the price plunge. The result of the recent dip is yet to manifest on the overall evaluation of the market. The tag on Bitcoin as a “Safe Harbor” is on the verge of deterring due to the Russian-Ukraine conflict. With the U.S intervention, the whole crypto and financial world are on the verge of impending doom. Speculations have indicated that Bitcoin is on the brink of falling further after recovering from a slide early this year.

The United States and its allies are planning to impose new economical restrictions on Russia due to its involvement. The ongoing crisis has taken a new dimension after Russian forces were seen preparing to invade Ukraine. The crisis is due to fledge into a potential World War III due to Russia’s refusal to leave Ukraine territory. Moreso, the development has inflicted panic and fear on investors which is traceable to the plunge.

In recent times, Bitcoin and cryptocurrency have crafted a niche for itself in the financial world. The industry has a strong resistance to market instability and inflation across various economies across the globe. The future of the industry is promising and lucrative due to emerging opportunities, and technological innovations.