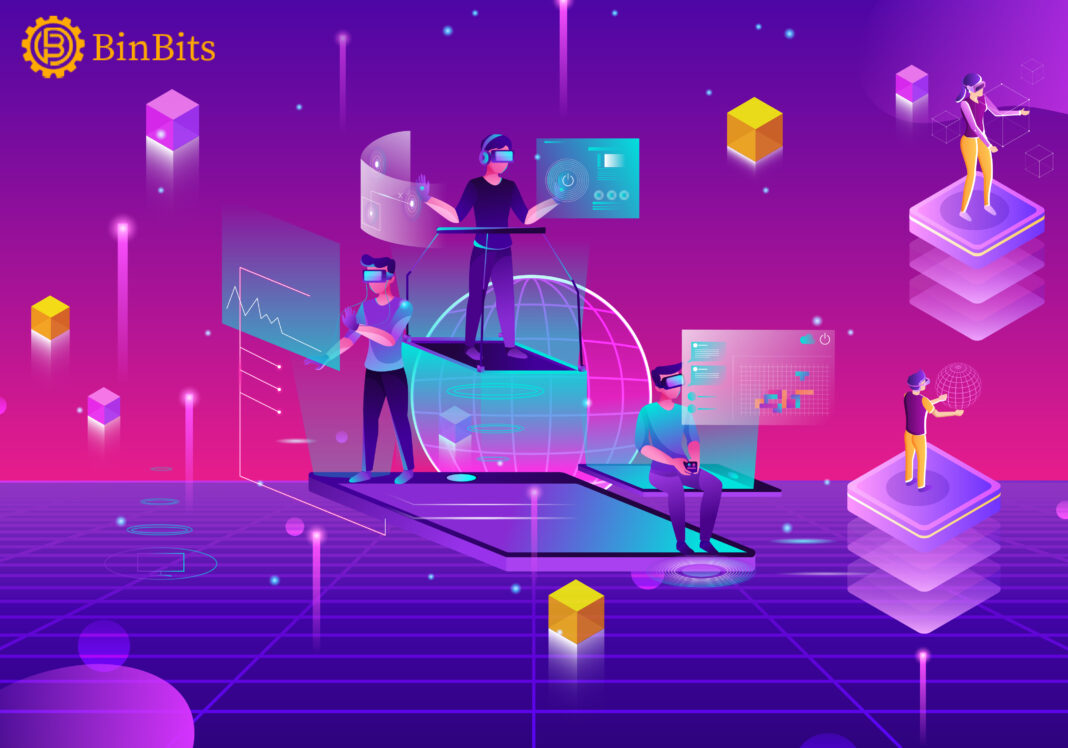 Now the million-dollar question is what are NFT games to look for to make a hefty sum of money in 2022?

Mirandus is an ambitious project. It is a multi-player, online role-playing game. It is the flagship game behind Gala games. This is the gaming company that is actively promoting player ownership in the virtual world. They are one of the starters in creating AAA play-to-earn games.

Bigtime studios is founded by Ari Meilich, one of the co-founders of Decentraland. The game is an attempt by Meilich to create something bigger and better than Decentraland. Bigtime is a play-to-earn adventure game that will be run on PC and Xbox. You can earn actual cryptocurrencies as you are adventuring and you can also earn NFTs as you progress.

Bigtime is expected to give you a phenomenal experience where you battle through time and space. You can have an NFT time machine and you can also buy more space in your NFT time machine as you earn more and more coins. If you can make your time machine big enough you can put planets inside of your time machine. You can invest in space and rare collectibles and may flip them later to rack up your earnings. The developer behind Bigtime has worked on popular games like God of War, Call of Duty, and other AAA games.

Players have the option to farm, battle, and generate crypto rewards with their MOMO NFTs. Further players can trade their MOMOs, stake them to farm MBOX tokens or use them as collateral within the MOBOX metaverse.

One of the best things about Mobox is that it provides straightforward gameplay that combines free-to-play and play-to-earn mechanics. The game allows NFT interoperability. Thus players can simultaneously use their MOBOX assets across multiple games.

Axie Infinity is a Pokemon-inspired Play-to-earn game where players battle, raise and trade fantasy creatures called Axies. Lunacia, the Axie homeland will be an introduction to a whole new world and new Axies in 2022.

Axie infinity will bring battle version 2 which is expected to be an entire rework of the Axie Infinity card battle game. Thus this will be big for the entire Axie Infinity community. Axie Infinity has made a lot of people wealthy and you might not want to sleep on that.

Guild of Guardians will be a Blockchain mobile RPG game with 130k players on the waiting list already.

This game is expected to attract a lot of players since it is going to be played on mobile phones. This is a hero game where you run from dungeon to dungeon and earn coins as you proceed.

Ember Sword is a free-to-play multiplayer online Role-playing game taking place in a player-driven dystopian fantasy universe with a classless and fast-paced combat system. The difference between the Ember Sword and Mirandus is that Ember Sword will have a top-down view instead of a first-person in Mirandus.

Also, Ember Sword won’t have any NFTs like other games that are going to give some kind of power to the game. But the skin you are going to equip with a weapon is going to be an NFT. Ember Sword will also have lands that will have revenue-sharing opportunities.

The Walking Dead Empires is a multiplayer survival game set in the treacherous world of AMC’s The Walking Dead. You need to survive in this harsh reality by doing whatever it takes.

The game allows players to earn real cryptos and real NFTs as they proceed in the game. You can also buy NFT land plots for the Walking dead empire on the Gala game store. Those of you who have watched the Walking Dead web series should give this game a try.

Last Expedition is the world’s first AAA first-person shooter powered by blockchain and player ownership. The game is created by the renowned development studio Certain Affinity. It is being created by the developers behind popular AAA games like Halo and Call of Duty.

Last Expedition will bring gaming and play-to-earn empowerment together in a historic and explosive combination. It will be played in the Galaverse, thus it is expected to have exciting play-to-earn mechanics.

The Sandbox brand was acquired by Animoca Brands in 2018, and its name is used for a blockchain-based 3D open-world game. Earlier it was a sandbox game for mobile phones and Microsoft Windows, developed by game studio Pixowl and released on May 15, 2012. Now you can say it is a crypto or NFT sandbox where there are a bunch of lands to sell and game creators that are easy to use.

You may contribute to the virtual world as a collector, artist, or game decider, or experience the different games as a regular player. If you’re looking to buy digital land or real estate, The Sandbox is one of the biggest names in the metaverse. Among big partners, there is Snoop Dog Atari and others. The Sandbox doesn’t have their official game but it has hinted to go big in 2022.

Drum rolls, please. The number one game on our list to look for, in 2022 is Illuvium.

Illuvium is an upcoming blockchain game in an open-world, RPG setting. Players can travel across a fantasy world, defeating and catching creatures known as Illuvials. Once they’re in your collection, Illivuals can be used in the battle against other players while you’re questing, completing challenges, or playing through Illuvium’s story.

This sounds like Pokemon but here you can upgrade and transform your Illuvials into more powerful monsters. While battling against other competitors you can capture more Illuvials if you beat them in the battle.

The creature you capture can be valuable NFTs that can be traded in real dollars later. You can also fight other players as a battle for Ethereum. Another way to earn is to own land and set your shops to sell resources to other adventurers.

It is better to keep an eye on various communities to know about the potential NFT games that can increase your earnings in 2022. Get involved with various projects going on in Discord, Twitter and go through the whitepapers to know more about the project.