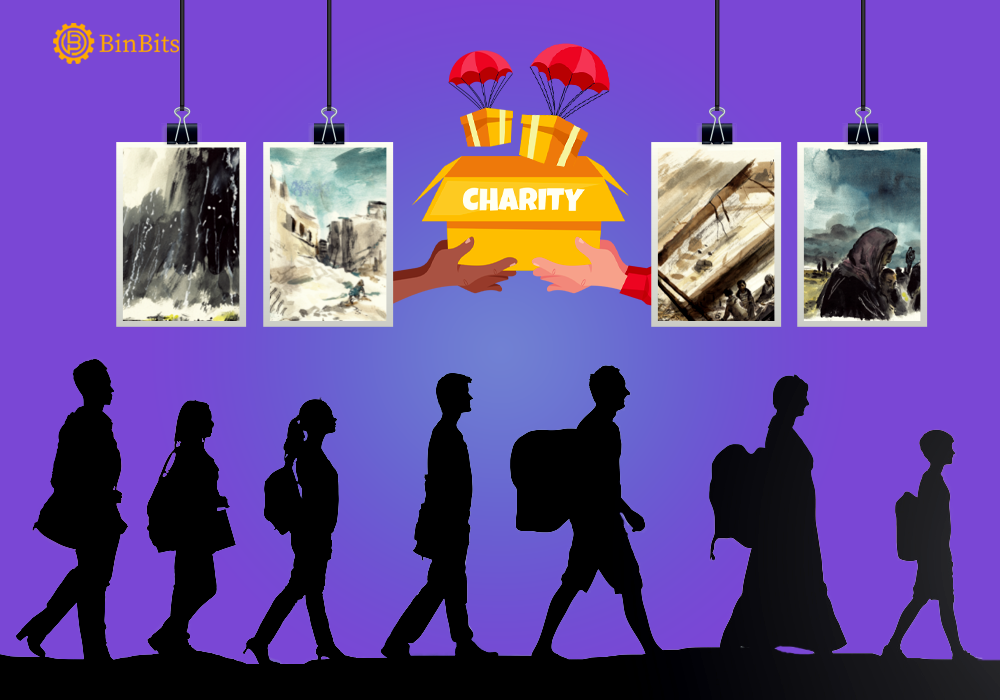 According to reports from local media TheJerusalem Post, Mars Panda NFT charity will begin an auction today, as a form of relief towards displaced Afghans. The report also added that proceeds from the auction will be wholly donated to United Nations High Commissioner for Refugees (UNHCR), in a move that seeks to help and support the large number of Afghans — who have been displaced from their homes since the Taliban takeover, in the trying times.

Popular Authors and Artistes To Collaborate In The NFT Charity Auction

The Mars Panda NFT charity auction was put together by a group of good-willed authors, sportsmen, artists, and NFT influencers. According to reports, this group of individuals plan to auction off some of their prized NFTs. And at the end of the auction, funds raised can then be used to help the displaced Afghans.

Kickstarting the auction is Jewish-British author and UNHCR goodwill ambassador Neil Gaiman who will be auctioning off two NFTs. According to him, he wants people to donate to refugees.

Gaiman is donating an unpublished message from himself, as well as a UNHCR-produced film of his poem “What You Need To Be Warm.” Meanwhile, whoever emerges the winner among the bidders will also get a copy of the author’s bestseller comic book The Sandman.

Like Gaiman, illustrator Dan Williams and Afghan-born author Khaled Housseini, are two other popular NFT holders partaking in the auction. The duo will be donating 17 original ink and watercolor illustrations from Housseni’s short book Sea Prayer. And as expected, winning bidders will also be getting a signed copy of the book.

According to reports, the auction for these VIP items goes live today January 31, 2022, and will end on February 6. But later on, more NFTs will be auctioned off as well.

In recent months, the situation in Afghanistan has in fact, deteriorated so much that more and more civilians continue to be displaced. 2022 statistics show that an unimaginable 28 million people are in need of help ranging from healthcare to welfare, to feeding, and shelter. That is, a whopping 63% of the entire population need assistance, a remarkable 34% increase from 2021.

It’s a generally difficult situation in the region as the harsh winter weather has also contributed to many road closures. Thus, making it difficult to transport emergency medical supplies.

But with the funds expected to be raised from this auction however, hopefully many more of such will soon follow.

Vodafone to auction world’s first SMS as NFT for charity