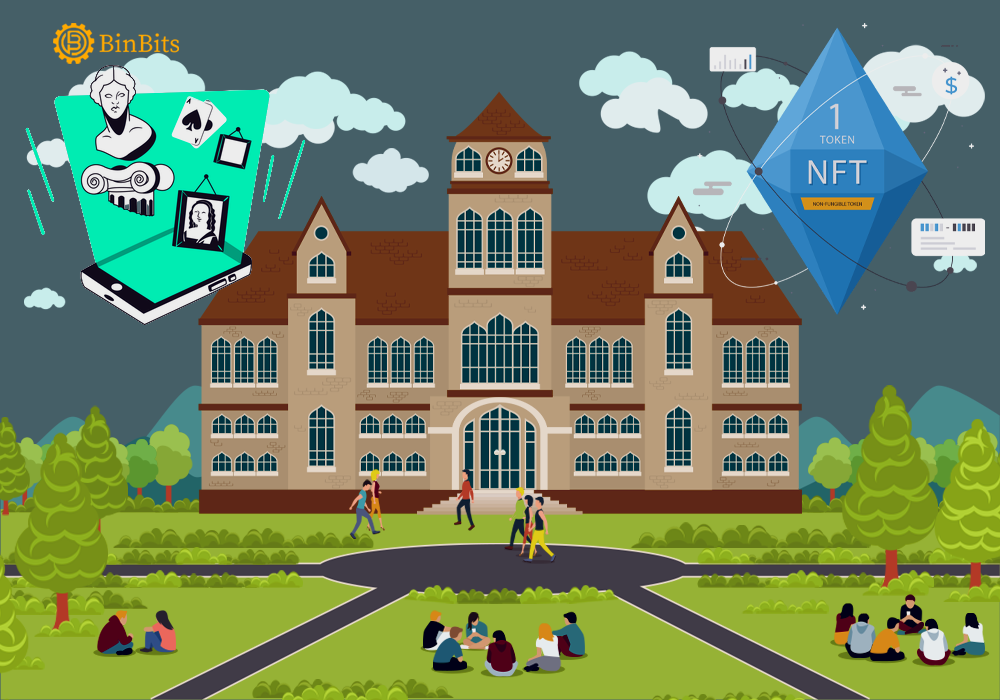 Turkey adds NFT course to its educational curriculum as lectures begin on the digital art. Ankara University achieved the groundbreaking feat by becoming the first higher education institution in Turkey to do such. And according to local news report by Hürriyet Daily, the lecture was graced by high-ranking government officials.

Top University in Turkey Adds NFT To Its Courses

In a seemingly daring move, Ankara University has now added an NFT course to its curriculum. By doing this, the citadel of learning becomes the first ever Turkish university to teach the crypto-based subject.

Meanwhile, in his opening speech before the start of the class, the rector of the university Necdet Ünüvar said:

“We are happy to teach about NFTs, but our students are happier than us.”

Also in attendance for the NFT class were Deputy Minister of Culture and Tourism Özgül Özkan Yavuz and the head of the Turkish Presidency’s Digital Transformation Office Ali Taha Koç. Yavuz who spoke briefly after the class ended, also said that the government sees NFT as something that can spark artistic creativity, skills and talents among the youth. She then commended the efforts of Ankara University in that regards, confirming that it’s a move that will bolster awareness on NFT.

Additionally, the deputy minister noted that she will be anticipating the results of students at the end of the academic term. Yavuz also added some form of motivation that participating students may be able to showcase their NFT works in a future exhibition.

Without a doubt, NFTs have taken the world by storm. And the massive rate at which its adoption has grown in recent years remains a shock. The global market for NFTs at the moment, stands between $20 billion and $35 billion a year and many expect it to continue growing.

Interestingly, Ankara University’s initiative may be in direct consonance with late Turkey’s growing affinity for cryptocurrencies. Recall that in December, the Turkish President Recep Tayyip Erdoğan had announced that Turkey was ready with a crypto law. By late January, there were also reports that the president had issued a directive to the country’s ruling Justice and Development Party to study innovations like cryptocurrency and the metaverse.

Turkey’s Crypto Law to be presented in the Parliament Soon