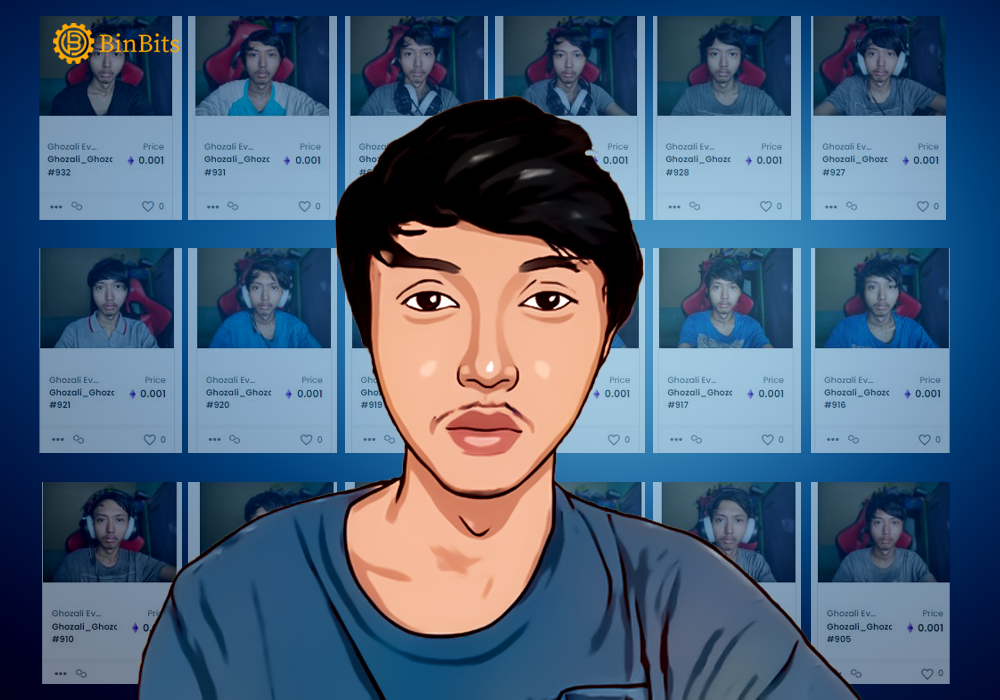 The rags-to-riches story in the crypto market continues to fascinate people. After artists, students find a space in the NFT marketplace. A 22-year-old Indonesian student, Sultan Ghozali, has become an internet sensation after selling his NFTs.

Ghozali sold his 1,000 selfie images as NFTs and has earned $1 Million. The Indonesian Student took selfies of himself to celebrate his graduation journey.

Moreover, his initial plan was to take selfies every day until graduation. Sultan Ghozali would stand or sit in front of his computer and take selfies. During the NFT boom in 2021, Ghozali jumped into the digital asset world.

Consequently, the Indonesian Student joined the OpenSea marketplace in 2021 and started listing his NFTs. While taking selfies, Ghozali said that he never expected his expressionless selfies to attract any buyers.

However, Ghozali attracted the attention of many celebrities in Indonesia. His NFT named ‘Ghozali Every day’ received support from celebrated chefs like Arnold Poernomo.

Poernomi tweeted in support of Ghozali by saying, “Ghozali happened…the year of Ghozali.”

Describing his NFT on OpenSea, Ghozali writes,“ I took photos of myself since I was 18 to 22 years old. It’s a picture of me standing in front of the computer day by day.”

The Indonesian Student also added the backdrop story of some selfies. Under one selfie, he mentions that he had taken the photo during the second wave of coronavirus.

Ghozali also tweeted that he made his first tax payment from the money earned by selling NFTs.

Furthermore, his OpenSea profile mentions that he captured 933 pictures for his NFT collection. Presently, 503 people have purchased from his collection. At the time of writing, the lowest price of his NFT is 0.41 Ether which is roughly around $1,027.

Unlike other NFTs, Sultan Ghozali’s NFT seems to have trended more organically. Specifically, NFTs like Crypto Punk devise many marketing strategies to create fanfare, Ghozali was able to attract investors without any tactics.

The Student has given his collectors the freedom to use his photos in any ethical way that they please. However, Ghozali requested his collectors to avoid using his pictures in an abusive manner to disappoint his parents.

Only 331 NFTs of Sultan Ghozali’s collection are remaining at the time of writing. Additionally, the boom in the NFT marketplace has soared to $10.7 billion till the first week of January 2022.