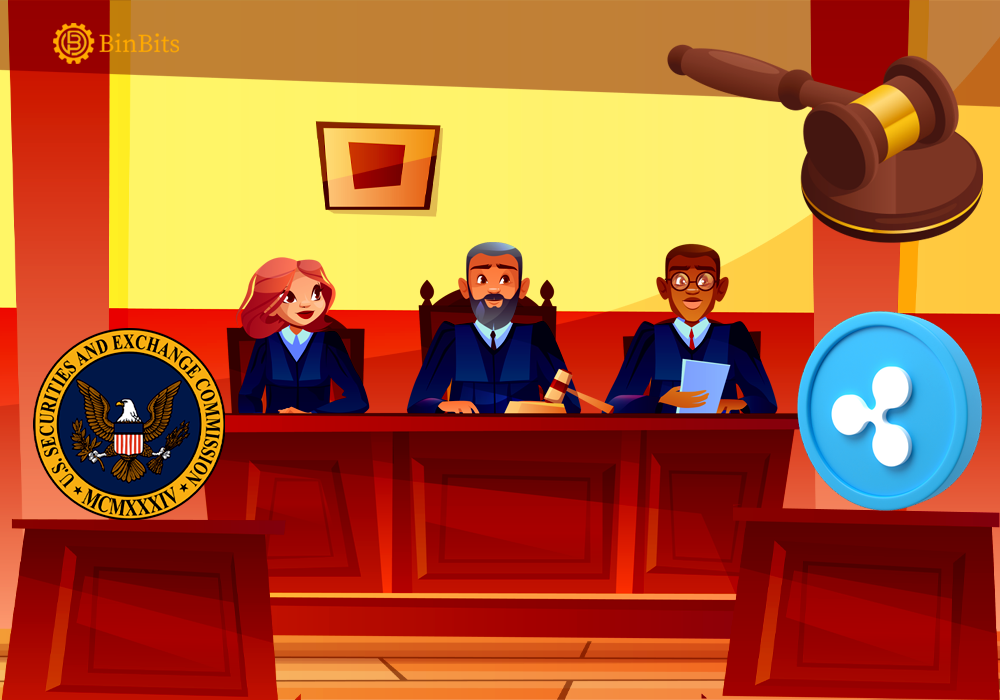 The United States Securities regulator, otherwise known Securities and Exchange Commission (SEC) recently instituted a new motion, seeking to strike out Ripple’s opposition to its stance on the Defendant’s Fourth Set of Requests for Admissions (RFA). According to reports, the RFA has to do with the former director of the agency’s division of corporate finance, William Hinman.

The new motion filed by the Securities and Exchange Commission (SEC) was confirmed in a tweet post by Attorney James Filan on Wednesday. Filan in the tweet relayed the contents of the motion. As revealed in the filing, SEC slammed the opposition of Ripple to its response on Defendant’s fourth set of RFA. In the motion, the agency refuted the claim by Ripple that It failed to adhere to the demands of RFA. SEC insisted that she responded to the request at issue.

SEC in the motion further averred that it made a substantial and impartial response to the requests at issues. According to the securities regulator, its responses to the requests possess admissions or denials where appropriate.

Recall that Ripple, a crypto solution provider filed a motion last week. The crypto solution provider in the motion requested that SEC confirms if the video uploaded by the Defendants was Hinman. Although, in the video footage, Hinman appears clearly seen as illustrated by the legal team to the defendants. A response by SEC, however, insisted on its inability to confirm it deny if Hinman appeared in the video.

As a reaction to the response by SEC, Ripple alerted the blockchain firm and Individual defendants to institute an opposition against SEC’s claim. Now, a reaction to the opposition by Ripple led to another filing by SEC. The securities regulator revealed that its failure to take a stance on the RFA Hinman issue occurred owing to its lack of sufficient information on the matter.

The Securities Exchange Commission (SEC) remarked that it failed to admit or deny such requests owing to insufficient information. The regulator further that such a step aligns with Rule 36 of the Civil Procedure act. It thus prayed for the denial of the objection raised by Ripple.

Ripple, however, indicted SEC of using delay techniques to frustrate the case and foster an out-of-court settlement. Prior to the lawsuit, crypto firms usually concur to any fines or settlements slammed on them by the securities regulator. Now, it seems Ripple intends to change the status quo in a bid to seek realistic regulations by the agency.