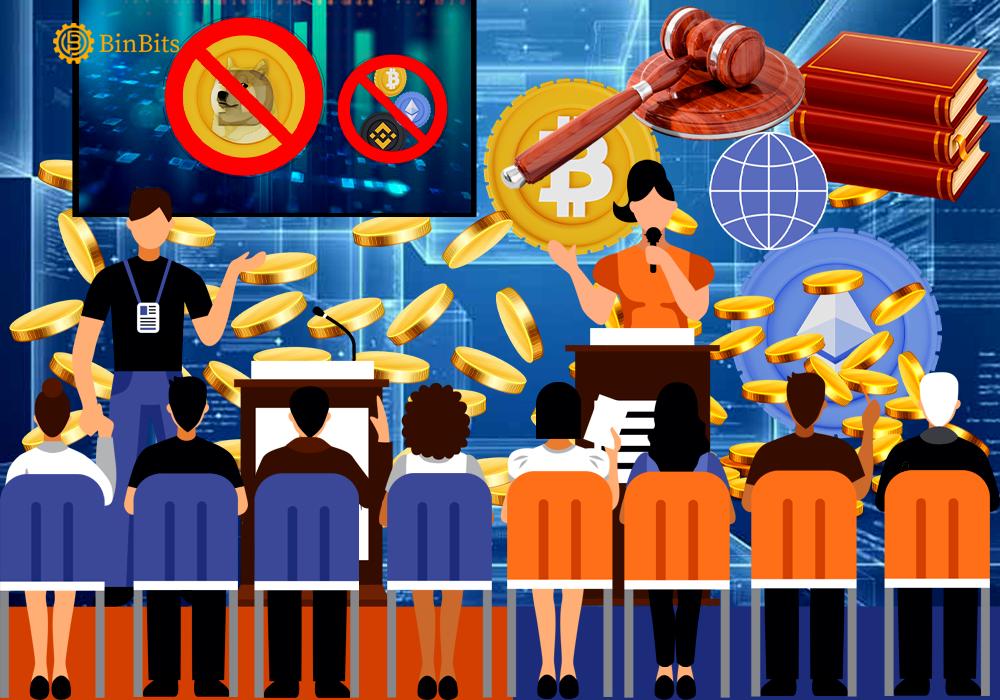 As countries seek to effect their stands on crypto, it has become imperative to analyze how crypto regulations are preferable to a total ban. As things stand, some countries like China, Egypt, Iraq, and others still maintain total banishment of the crypto trend. These countries, however, outlawed the operations of crypto despite its associated transformative prospects. However, some other countries like Ecuador, Canada, others have embraced crypto regulations for the common good.

For records, Crypto assets remain those activities, products, or services offered to investors by various crypto exchange firms. In recent times, the call for robust crypto regulations and enforcement against the outright ban has continued to dominate the airspace. Prevalent indices already revealed that even though the primary intent of those countries who banned crypto activities is to protect their respective citizens, the battle to that effect seems lost already. This is, however, because investors now find alternatives in subscribing to black-market trading to aid their digital transactions. This, however, sends a signal that the battle to eradicate crypto cannot be won. This write-up seeks to examine the prevalent situations of crypto in several countries.

Prevalent situations in countries subscribing to a total outlaw of crypto

First and foremost, in China, every associated transaction with crypto remains banned. According to the People’s Bank of China, its ban on cryptocurrencies is to avert financial crime and foster economic stability. From a critical perspective, it became clear that China decided to outlaw the trend, owing to the fears that it encourages capital flight from its markets, bypassing conventional restrictions.

Recall that an overwhelming amount of capital flight occurred through crypto exchanges. Given this, the PBOC became informed about cryptocurrency heightening China’s chronic issue of capital flight. Nevertheless, it remains very obvious that such an outright ban remains fully unenforceable in the country. As of today, crypto-oriented capital flight transactions still manifest.

Also in Egypt, the apex bank in the country reportedly introduced an outright ban on crypto and its operations. The bank claims the digital coin remains characterized by fluctuations and robust price volatility. This, they insisted manifested because it is devoid of a central body, regulating its operations. The bank argued that this makes investments in them quite risky and highly speculative, and are likely to lead to sudden losses of their whole value.”. In the same context, the CBE asserted that trading within Egypt is only confined to approved official currencies and called on all traders within the Egyptian market not to involve in any trading in these high-risk currencies.
However, the effectiveness of this outright ban remains in doubt as citizens of the country still overwhelmingly engage in the trend daily. The situation remains similar in other aforementioned countries where an outright ban on crypto manifested.

In Canada, regulators became grossly proactive toward Crypto operations in the city. Canada, according to reports in February 2021 broke the ice by approving a bitcoin exchange-traded fund. As a consequence of this, the regulators directed all Crypto trading firms within the country to register with them. In addition, those firms get compelled to register with the Financial Transactions and Reports Analysis Centre of Canada (FINTRAC) for effective crypto regulations. This development clearly portrays Canada as unwilling to take anything lying low as far as crypto regulations are concerned. In October 2021, the Futures Trading Commission slapped a fine of $41 million on Tether, the biggest stable coin platform for misrepresenting the nature of its reserve.

How crypto regulations appear more effective than a total ban

In the United Kingdom, crypto remains a mere property and not tenable as a legal tender. The Financial Conduct Authority mandates all crypto exchanges to register with the UK. The agency introduced specific requirements to be met by those firms. One of those requirements remains not offering crypto derivatives trading. Taxation in the UK, according to their regulations, relies solely on the nature of the Crypto operations and its engagers.

As the markets and values for digital assets begin to grow rapidly, crypto-banned countries must not leave themselves behind in this trend. Rather than continue to uphold an unenforceable ban on crypto, they should imitate countries, that regulated the operations of the trend. Over time, regulations seem to have worked better and more effectively than outright bans. In the U.S for instance, the crypto community faced rigorous regulations since 2021.

In New Jersey and Texas, for instance, regulators ordered immediate cease directives against the Celsius network. More so, the SEC issued a legal threat to one crypto exchange, known as Coinbase owing to her lending program. This threat, however, forced the firm to leave its lending service plans. Presently, The SEC revealed the intention to scrutinize all crypto lending assets relayed by some exchange firms. The crypto exchange firms entail Voyager Digital Limited, Celsius Network, and Gemini Trust Co.

Having noted all these, it became very clear that the operations and activities of crypto possess certain prospects and risks. Rather than outlaw the trend to safeguard citizens from these risks, putting in place robust regulations seems more effective. With clear regulations in place, countries will benefit from the economic prospects associated with the trend, while minimizing its risks. Note that crypto has fully come to stay, and no amount of outlaws can bow it out from its people