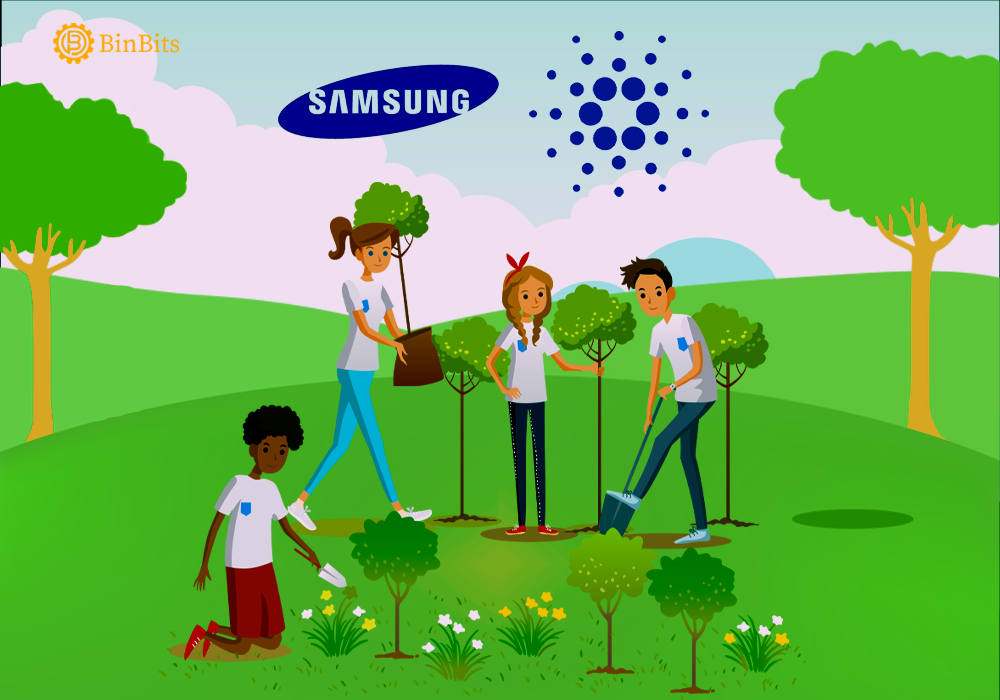 Samsung American subsidiary has teamed up with Veritree, the blockchain planting management system to plant over 2 million mangrove trees in Madagascar. The partnership will expose Samsung to Cardano blockchain.

But how do the project links Samsung with Cardano?

The partnership was announced at the ongoing Consumer Electronics Show (CES) in Las Vegas. Cardano Foundation’s Sidney Vollmer tweeted about the recent partnership.

The plantation of Mangrove trees in Madagascar would be a part of the company’s effort to limit the effects of climate change. Why Mangrove trees? Because these trees store ten times more carbon than other tropical forest trees.

Veritree’s reforestation verification records are stored on the Cardano blockchain. Thus Veritree and Cardano are partners for a while now. The storage of records on the blockchain makes it possible to certify data from planting sites and links every donation to the land it helped to restore. The technology will allow t

Last year in September Cardano Foundation and Veritree launched an Initial Tree Offering (ITO) where users have to donate at least one ADA token to get one Tree token. The ITO has received enough contributions to plant more than 553,900 trees. The technology will allow tree planters to track trees on their phones from planting sites and will connect individual donations to the land areas.

This is not the first time Samsung has put its foot into Blockchain technology. Recently the company promises to launch a TV where users can explore the NFT marketplace on TV screens. That means users will be able to view, buy, and display their NFTs on this smart TV. Further, creators can also use them to share their art with potential buyers.

Adding to that the blockchain platform Cardano has already announced its ambitious roadmap for the year, as it will aim to improve its smart contract capabilities and provide Defi solutions for African countries within 2022. The plans were explained in a couple of videos uploaded by the CEO, Charles Hoskinson.

Thus with these ideas, it can be predicted that, that both Samsung and Cardano have big plans for 2022.

But still with all these recent developments, the price action of Cardano’s native token, ADA, has been negative. ADA has lost 4.3% of its value in the past seven days and following the downtrend presently as it slips to $1.33.