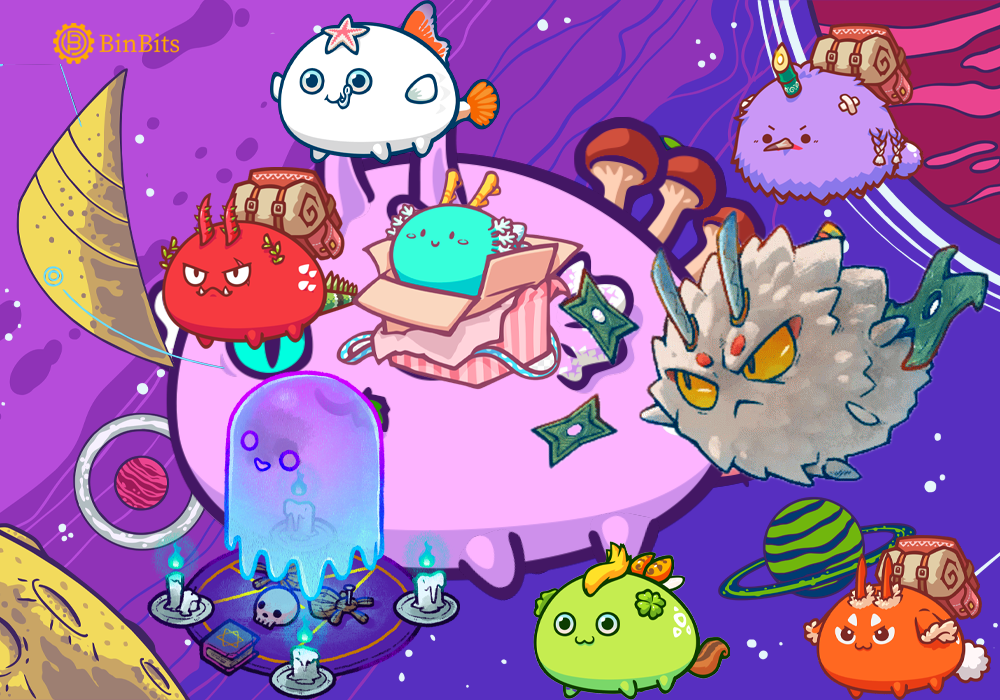 A popular non-fungible token-based online video game, identified as Axie Infinity has announced its plan to release a new edition of the Ronin Mobile wallet today. The gaming project made the announcement in a tweet post relayed via its official handle on Wednesday. As revealed, Axie Infinity intends to avail subscribers with notifications of modifications in the token balance enveloped in the ERC20 network.

Axie developer says the new interface manifested to enable users to view ERC721 network tokens. As reported, the network tokens entail Axis, Land, and Land Items alongside a modification in the seed phrase validation process. According to Axie Infinity, the notifications will include several bugs and add a button needed to check for updates. It also intends to avail users of the options needed to archive messages. In view of the development, the Ronin mobile wallet update will unfold at the same time designated for Ronin Network Update and the Ronin bridge relaunch.

Recall that the developer of Axie Infinity had in March suspended the network. The development manifested following an exploitation of the Ronin bridge which led to the loss of funds. As reported in March, 173,600 Ethereum and $25.5million worth of USDC amounting to $625 million were stolen in the course of the exploitation. Till today, the attack remains one of the biggest exploitation that has greeted the crypto space.

Ronin confirmed the exploitation, stressing that the breach affected the validator nodes. In the March report, the project claims the affected validator nodes belong to Sky Mavis, the developer of Axie Infinity. A Post-Mortem report released by Ronin traced the genesis of the security breach to November 2021. As reported, the risk began when Sky Mavis demanded that Axie DAO transfer free transactions owing to its large user load. With this, the Axie DAO thus whitelisted Sky Mavis to endorse various transactions on its behalf till December 2021. Unfortunately, after the termination of the deal, the network failed to revoke the permitting access link.

Interventiom of the U.S authorities

Meanwhile, the US authorities consequently fingered a Northern Korean group, Lazarus as the mastermind of the exploitation. Therefore, It imposed penalties on the three Ethereum wallet addresses reportedly linked to the Lazarus hack. Three months after the attack on Ronin Bridge, Sky Mavis developer consistently strives to unravel the problem.

In the end, the jeopardized Validator nodes became replaced with new ones to add more decentralization to the network operation. In addition, the network collected a $150million round from Binance, a16z, and Paradigm. Also, Axie initiated a bug bounty software for detecting exposures in the blockchain. Lastly, the network was hard forked and stolen $5.8million became refunded.