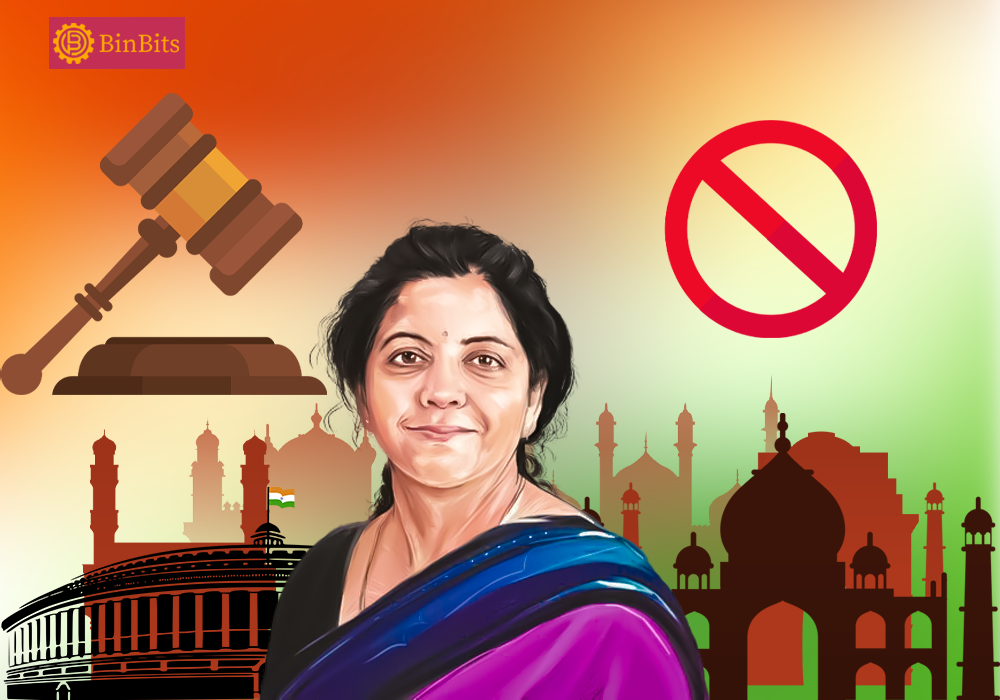 Nirmala Sitharaman came forward with her views on crypto legalization and ban in India. She discussed the same during a general discussion about the 2022-23 union budget at Rajya Sabha.

During her speech, she mentioned that she would not decide whether to ban Crypto or not. Additionally, she also said that creating a tax bracket for Crypto doesn’t mean that we’re onto the track of the legalization of Crypto.

She quoted, “Banning or not banning will come subsequently.” Additionally, she also mentioned that they are not going to “legalize or ban” Crypto at this moment.

She also said that the government needs more time and consultation to decide. As stated by her, she said the government would not be able to make an informed decision.

Now, in the current situation, we can undoubtedly say that there’s no such thing as a crypto ban in coming due to its indecisive nature. But there are chances for the same in the future too, which is an an instance of concern for investors.

Crypto has been a heated topic across the nation since introducing the new tax bracket for Crypto. For those who do not know, now we would have to pay 30% tax on income from Crypto.

There was a consensus among the people of India saying that the country’s government is putting hurdles in the way of progress.

While countries like UAE is planning to become the next superpower in Crypto by welcoming all the options. On the other hand, we are not even sure what our stance is.

Police Constable tried to get 40 million worth of bitcoin

There’s a divided opinion on that. For some, Crypto is the ultimate fluke that will drain the economy and is inaccurate. At the same time, a big chunk of the audience is actively investing and believes that Crypto is the next big thing.

According to the US Billionaire, Mark Cuban, in an interview, he mentioned that “Crypto and its subsequent usage, such as NFT’s, will make the next set of millionaires just like the internet did back then.”

So, at this point, we can say that we have a divided stand on it as a country. But if Crypto is the next big thing, which is what the majority of the world perceives, then not accepting Crypto would kill the progress that we could have.