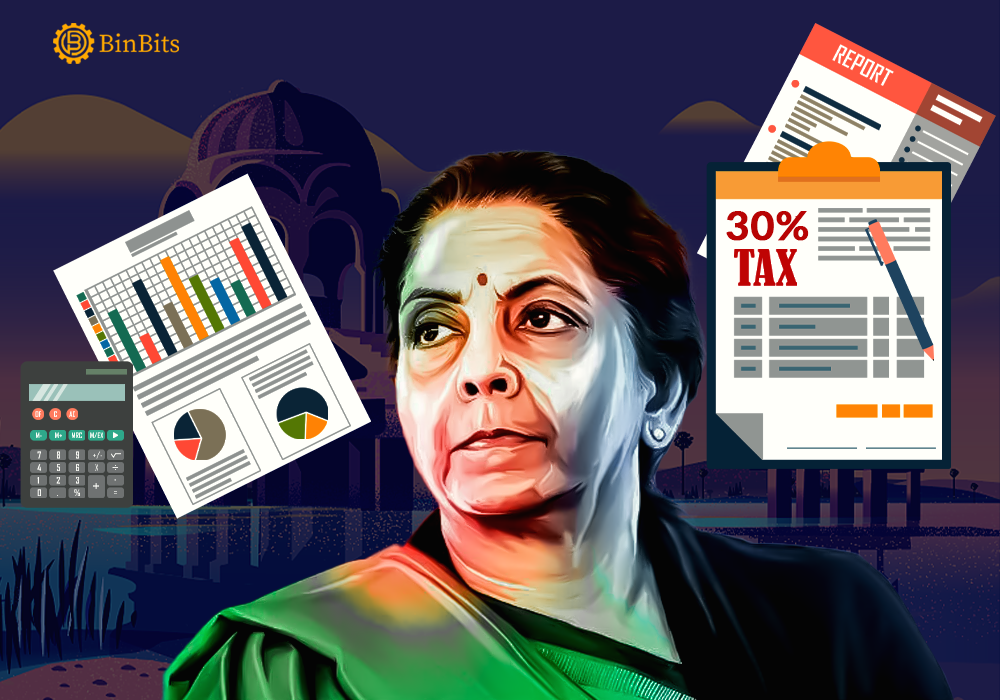 Crypto taxation is now official! The Government has announced a flat 30% tax rate on any income from digital assets. During her budget speech 2022, Finance Minister Sitharaman proposed taxing all crypto assets without deductions at a flat 30% rate.

According to the announcement, the Government won’t allow any deduction with respect to any expenditure or allowance while computing such income except the cost of acquisition.

She further added that government won’t allow any set-off in case of losses. Furthermore, Government will also tax gifts in virtual digital assets in the hands of the recipient.

The Crypto industry welcomed the Move

However, The crypto industry and experts welcomed the 30% tax rule for digital assets income in the budget 2022.

FM Sithraman says the magnitude and frequency of these transactions make it necessary to have a specific tax regime.

In addition, she added that a loss arising from the transfer of virtual assets cannot be offset.

Additionally, the Finance Minister proposed to charge TDS on payments made about the transfer of virtual digital assets at the rate of 1 percent of such consideration over a certain level.

India will have her own Blockchain based Digital currency

The Finance Minister also announced the introduction of a Blockchain Digital Currency by 2023.

The introduction of a digital currency will boost the digital economy. Digital currencies will also make currency management easier, according to the minister.

“Digital currency will also lead to a more efficient and cheaper currency management system. It is therefore proposed to introduce digital rupee using blockchain and other technologies,” Sitharaman said.

According to Principal Economic Adviser Sanjeev Sanyal, everyone expected the Government to take a balanced view on cryptocurrencies. As of Monday (January 31, 2021), the Economic Survey 2022 was not discussing cryptocurrency or blockchain.

“As you know, this is a matter of some debate, both inside the government, in the Ministry of Finance, and even in Parliament. So, this is something that is currently in discussion…There are some financial stability issues.

Sanyal also expressed that he thinks that the Government took the other decisions keeping innovations in view and so on.