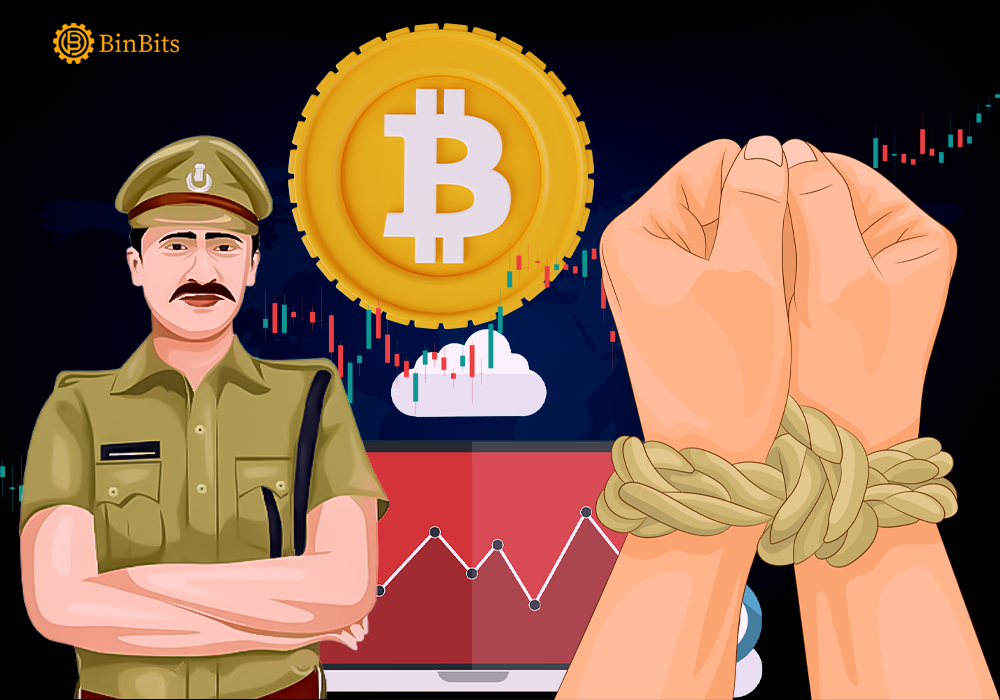 Police Constable tried to get 40 million worth of bitcoin

Additionally, the cop held the trader at ransom. He demanded the victim to transfer $40 million worth of Bitcoin. Moreover, the constable had the help of seven other accomplices.

How Did The Constable Kidnapped The Crypto Trader?

The police constable, Dilip Khandare, came to know that a fellow Pune resident knew how to trade in cryptocurrencies. Furthermore, Khandare learned that the resident-owned heavy assets of Bitcoin. Soon the police constable devised a plan to kidnap the crypto trader.

On January 14th, Khandare made his move. He kidnapped the 38-year-old crypto trader Vinay Naik. The police constable told Naik that he needed to transfer his entire digital assets earnings. Moreover, Khandare asked the victim to pay him Rs. 8 lakhs along with Bitcoins.

The victim had crypto holdings worth 300 crores. However, the constable’s plan did not sail through. The next day of Vinay Naik’s disappearance, Pune police started looking for him. Realizing that the police were on their tail, Khandare and his accomplices set the victim free.

On February 2nd, the Pune police captured the police constable and his accomplices.

What Did The Pune Police Say?

According to Pune Police, Dilip Khandare’s initial posting was in the cybercrime cell.  Moreover, the cell provided police units with heavy training in advanced cybercrime investigation and mobile forensics.

Authorities say that Khadare got information about the crypto trader during the training period. Furthermore, he even learned about the number of digital assets the trader owned. Police officials from the Wakad Police Station in Pune have said that six of Khandare’s accomplices are from Mumbai.

As per the police, a friend of Vinay Naik had approached them on January 14th to report his disappearance. After Vinay Naik’s release, he gave the police additional leads. As per the information provided by Naik, the police were able to arrest four accomplices. During the interrogation of these co-conspirators, they said they acted on the instructions of two people from Pune. They gave the names of Pradeep Kate and Dilip Khandare.

Further investigations revealed the name of two more accomplices. The Deputy Commissioner of Police, Anand Bhoite, gave a statement. Bhoite said that in the past, Khandare was guilty of poor conduct. He was suspended but was given another chance. The Police Commissioner of Pimpri-Chinchwad said that Khandare would be removed from the Police Force.