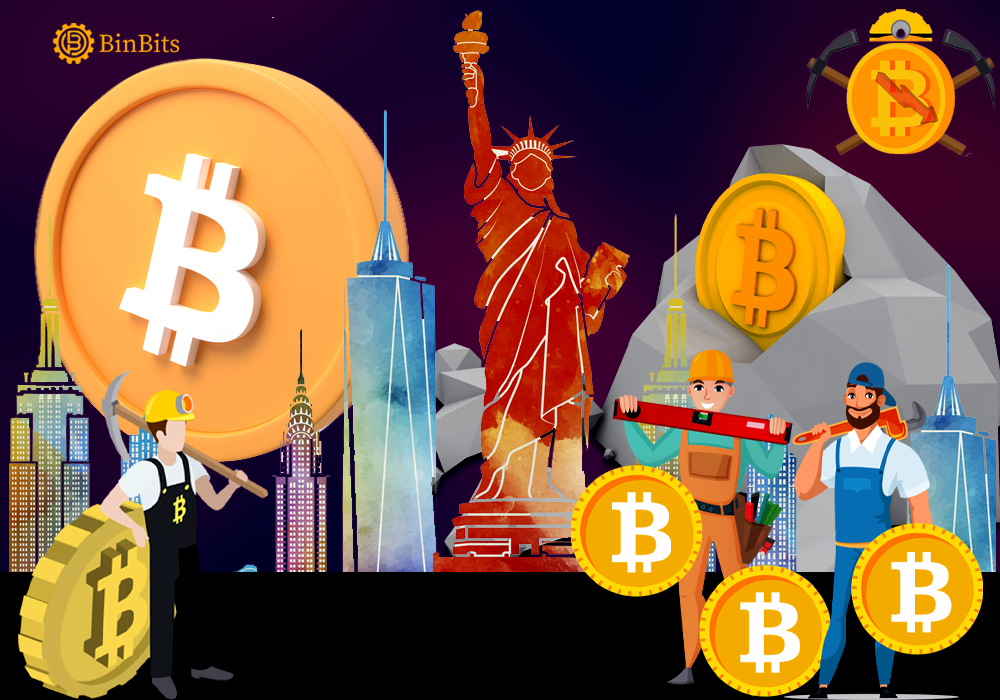 According to reports, the New York State Legislature recently passed a bill for a ban on BTC mining activities lacking usage of green energy. Given this, new restrictions would be executed on all new proof of work crypto structures in the state. This, however, becomes obtainable on any crypto mining activity that makes use of carbon-based fuel to power its mining operations.

Sponsored by Anna Kelles of the New York state house of assembly, the bill will not just exact a two-years hold on clearance of any new crypto minings. More so, the proposed law prohibit the renewal of permits issued to existing Proof of Work miners employing Carbon sourced energy. As reported, the carbon sourced energy miners grossly become prohibited if they attempt to expand the percentage of electricity used.

Additionally, Anna Kelles took to her Twitter page to appreciate her co-sponsors. She further thanked attorneys whose support got the bill to the floor for a vote.

Accordingly, the bill amassed sponsorship required for its passage. It reportedly gained 95votes in its favour and 52 against it. Consequently, it becomes relayed to the Senate by Senator Kevin Parker for a passage vote in the house.

Further, the new bill will be transferred to Governor Kathy Hochul who reserves the power to give ascent to the passage of the bill. Such tends to manifest only when the passage enjoys huge support on the floor of the senate successful.

The implication of the New York State bill on DEC

It further aids the greenhouse gas emissions of proof of work miners. Also, by the bill, the DEC become empowered to examine the impact of gas emissions on public health.

A cryptocurrency Industry advocacy group identified as Blockchain Association recently summoned “pro-tech”, “pro-innovation”, and “pro-crypto” citizens. This, however manifest in a bid to mount a resistance to the bill. Now, the summon already galvanized thousands of memos to legislators.

According to the association, three hours of debate occurred over the bill. The association believed the bill manifest a greater opposition to the mining ban rather than proponents believed.

In a recent tweet posted on the association page, the team revealed its plan to direct its energy to the New York State Senate. According to them, this becomes mandatory in crushing what it tagged as an “anti-technology bill”.