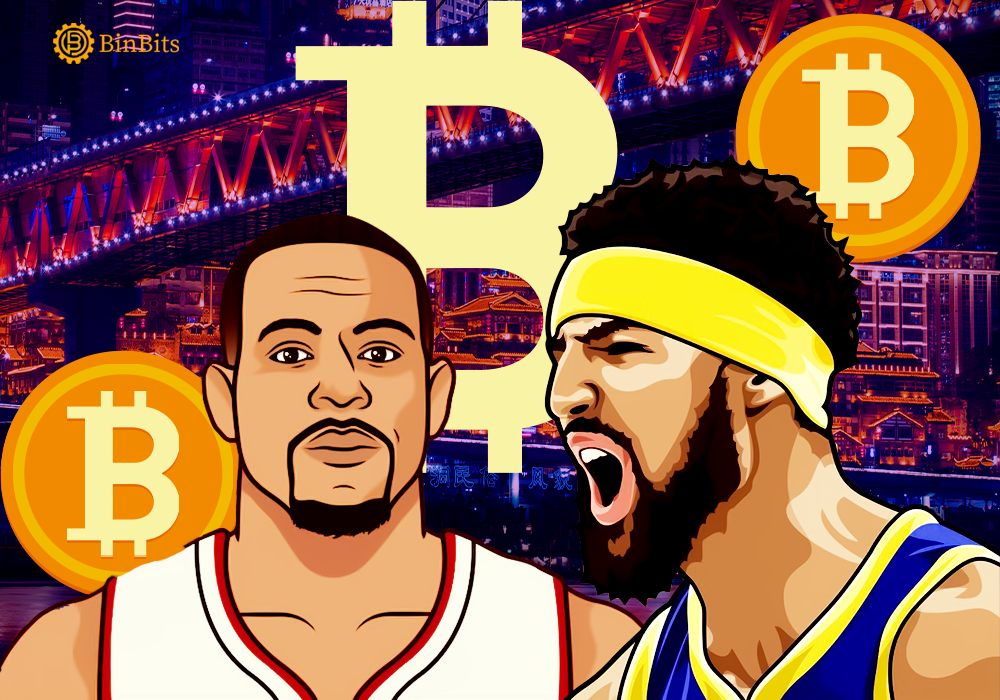 As crypto adoption continues to creep into virtually every sphere of life, 2 more NBA stars have announced their intentions to start receiving parts of their salaries in Bitcoin.

Two of the biggest stars of the California-based basketball team Golden State Warriors have now joined the moving train of Bitcoin. And they are the duo of Andre Iguodala and Klay Thompson. So sharing the news to their followers on Monday, the duo revealed a partnership deal with CashApp that will see them receiving their salaries in Bitcoin going forward.

Iguodala had first taken to his Twitter page to share the details with his followers. But shortly after, Thompson also followed in line. Thompson posted a video of him and Iguadola with claims of joining the initiative.

Interestingly, the NBA stars pride themselves as ‘Bitcoin believers’ and their sole aim is to make Bitcoin a lot more accessible.

“I’m excited to announce I’m taking part of my salary in BITCOIN w. Cash App! Bitcoin is the future, @klaythompson and I are both believers. To make bitcoin more accessible, we’re giving out $1M in bitcoin back to fans today. Drop your $cashtag w. #PaidInBitcoin & follow @CashApp”

Crypto Enjoys A Great Relationship With The Sport

The latest entrance of Iguodala and Thompson on the scene just goes to prove even further, the strong relationship between the National Basketball Association (NBA) and the crypto industry.

An example that quickly comes to mind is the California-based team – the Sacramento Kings. Kings are front runners in the industry when it comes to crypto adoption. For many years, the club has been allowing its fans to pay for match tickets in crypto. And recently, in April 2021, the club owner also told all players that they could receive their salaries in bitcoin.

Meanwhile, just last summer, another star Cade Cunningham partnered with BlockFi, and his bonus was paid in BTC. Cunningham plays for the Detroit Pistons.

Super Bowl 2022, cryptocurrency exchanges to get into the arena