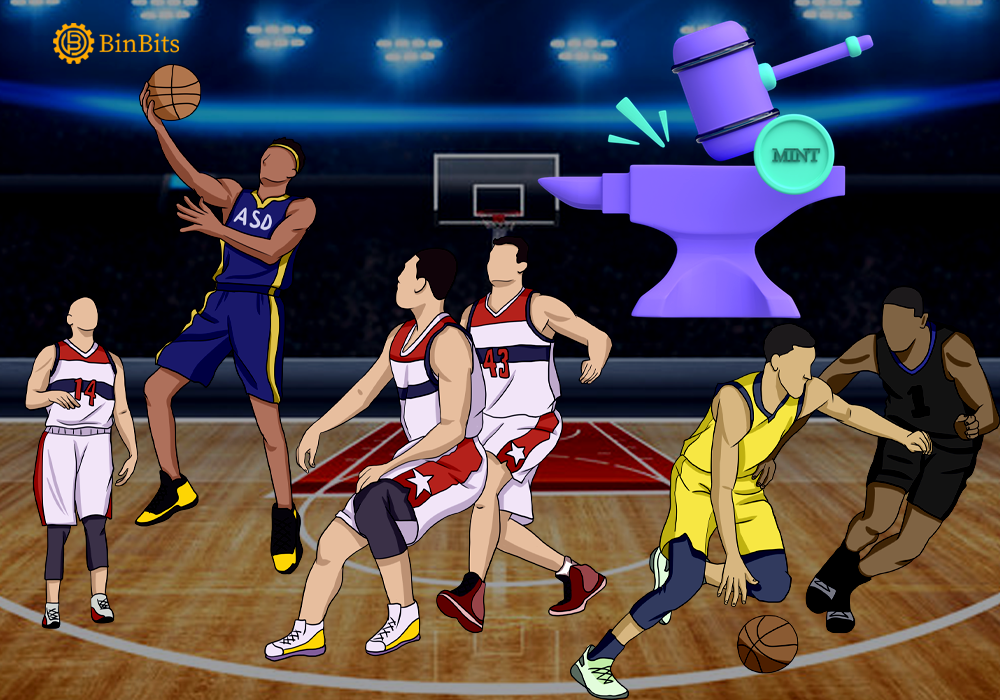 The National Basketball Association (NBA) has immediately suspended the minting of its new NFT collection — The Association, following a revelation that there might be an issue with its whitelist.

However, the NBA has responded to the threat via a tweet, claiming that it had paused minting in the collection. The sports body also has highlighted the issues with the whitelist, that caused the collection to sell out faster than expected.

As earlier reported by BinBits, ‘The Association’ is an Ethereum-based NFT collection for this year’s NBA playoffs, which started minting a day ago. And the NFTs feature all players from the 16 teams participating in the playoffs. The interesting aspect of the NFTs is the fact that they’re not static, and will change in appearance over the course of the playoffs, as player’s performances improve or not.

But according to blockchain security firm BlockSec, there’s a serious vulnerability with the collection that allows exploiters to mint NFTs without having to pay any tokens.

Furthermore, Blocksec claims that the NFT contract cannot verify that a signature has been previously used by a user. Therefore, exploiters are able to reuse a signature that has been used by an actual user, to mint several tokens.

Meanwhile, according to Blocksec, an oversight like that should not have happened in the first place as it’s basic knowledge.

NBA Has An History with NFTs

Interestingly, this is not the first time the NBA will be delving into the world of NFTs. It had earlier teamed up with Dapper Labs to open the now-popular NFT marketplace, called NBA Top Shot.

Although, The Association is the NBA’s first deviation away from its partnership with Dapper, this vulnerability is a major setback. But surely, the basketball league is looking to take advantage of the booming popularity of sports-based NFTs. Therefore, it’s safe to say that it will surely be back, but this time, more prepared.

Meanwhile, the new collection was supposed to be a blind mint. That is, nobody will know which player they have minted until the Friday reveal. So far though, about 16,000 tokens appear to have been minted out of the 18000 tokens.

This story is still developing and will be updated as soon as more information is available.