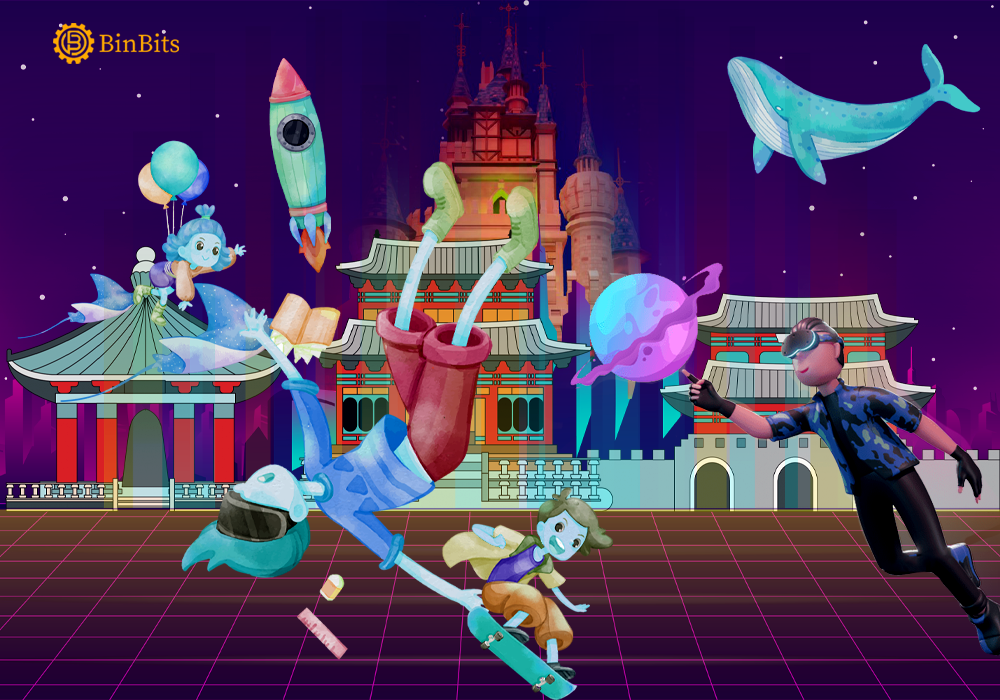 LOTTE WORLD partners The Sandbox to venture into metaverse

The biggest amusement park in South Korea, identified as LOTTE WORLD has announced partnership with The Sandbox to release diverse contents into the digital world. The Sandbox, an Ethereum based metaverse game confirmed the development in a blog post relayed on its official handle on Friday. As revealed, the partnership helps to enable The Sandbox harness the content IP licenses of LOTTE WORLD in the initiation of worldwide NFT games.

In addition, The Sandbox averred that its partnership with LOTTE WORLD tends to avail varieties of users experiences. The Ethereum-based metaverse game assures users of real-world and virtual world experiences. As reported, one of such experiences to be fostered by the partnership include personal invitations for the metaverse users.

The Vice-President, Development Subsidiary of LOTTE WORLD, Jaehong Lee says the park intends to widen its virtual content area. According to him, such move tends to push LOTTE WORLD to becoming part of the emerging trends. The Vice-President hinted that the partnership with The Sandbox possesses the potential to enable the park achieve such feat. Lee further that LOOTE WORLD remains committed to making efforts towards bringing offline pleasure into the virtual space.

More so, the CEO of The SandBox Korea, Cindy Lee affirms that LOTTE WORLD will display another pleasure in The Sandbox metaverse. According to Lee, The SandBox looks ready to initiating a robust form of partnership with the amusement park. The CEO further that the partnership with LOTTE WORLD, synonymous to a pleasurable play space will birth metaverse games. He said his team in collaboration with LOTTE intends to achieve the feat by exploring both online and offline experiences.

How does LOTTE WORLD functions?

According to findings, LOTTE WORLD Adventure, till date, remains the world’s biggest indoor amusement park. As reported, it posseses top-of-the-line rides, remarkable parades, performances and food across the globe. Furthermore, the park posseses two divisions, known as Indoor LOTTE WORLD Adventure and the Outdoor Lakeside Magic Island. As designed, it posseses more facilities which fosters pleasurable pleasure for its users. Some of these facilities include a shopping mall, folk museum, ice rink, hotel and host of others.

As programmed, the Folk museum usually unveil miniature models obtainable in the country since over 5000 years ago. The garden stage in the amusement park usually presents varieties of themed musicals that aligned with the prevailing season. Furthermore, the Star Avenue of the park allows subscribers to get exposure to Korean stars and the entertainment world.