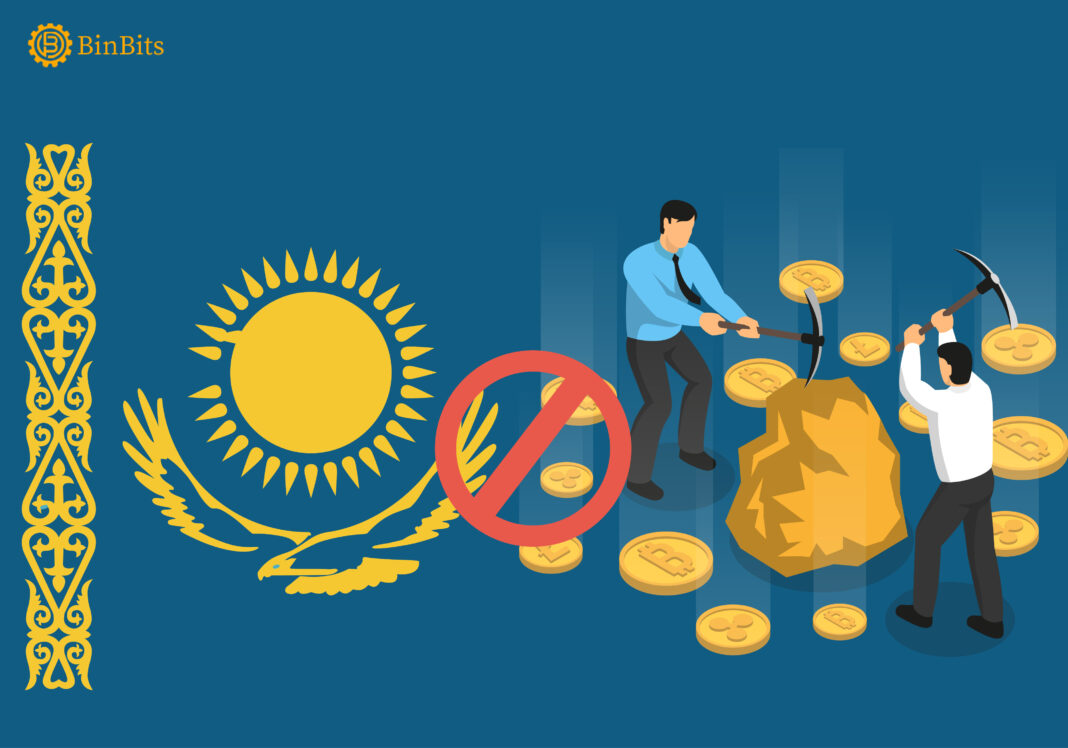 Recent clampdown efforts by Kazakhstan Ministry of Energy has led to the discovery of at least 13 crypto mining operations. And according to the ministry’s announcement, all the operations have been shutdown immediately. The government carried out the shutdown as part of its ongoing efforts to regulate the Bitcoin (BTC) mining sector. This is even as the bitcoin mining sector has seen a wider scale regulatory surge in recent years.

Meanwhile, going by the official statement, the Kazakhstan government insists that the clampdown will not be ending anytime soon. Stating its reasons, the government cited the fact that miners were using a lot of energy, consuming over 202 megawatts. Furthermore however, the statement confirms that authorities will follow up the discovery of these illegal mining farms with appropriate operational and investigatory actions.

But Kazakhstan’s energy woes are not exactly unexpected. Kazakh is arguably the world’s second-largest Bitcoin producer and of course, after China’s crypto crackdown, it is only expected that power consumption in Kazakhstan will skyrocket. And it sure did. As earlier reported by Binbits, Kazakhstan accounted for over 18% of the world’s Bitcoin hash rate as of August 2021, trailing only the United States. Interestingly, that figure was only 8% in April, albeit before China’s mining crackdowns.

Recall that the president of Kazakhstan also approved the creation of a tax category for Bitcoin mining in June 2021. Although, this was probably motivated by China’s anti-Bitcoin policies. However, with Kazakhstan looking seemingly crypto-friendly enough, BTC mining businesses like Canaan and BTC.com relocated therein in 2021.

Despite the country playing host to the mining industry in recent times, chances are that it might be set to lose its hash rate share. While there are various reasons why this could happen, Kazakhstan will most likely lose its spot on the top three BTC mining countries in the index update, expected by March.