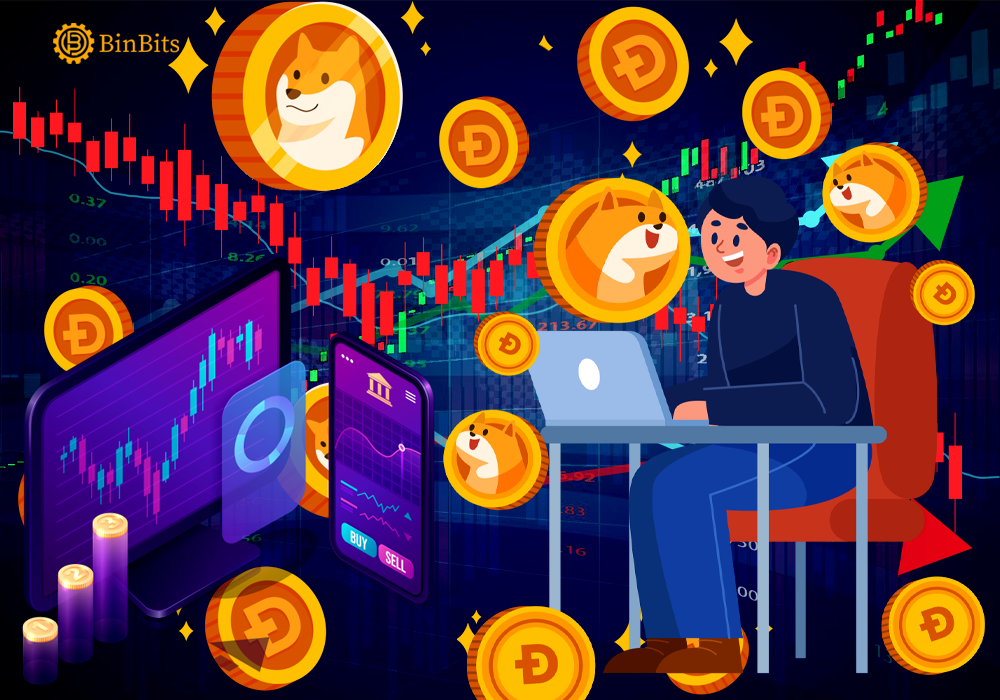 Is Dogecoin dead? Here are the Details

Despite starting as a joke between two notable engineers, Dogecoin has grown to become the 8th largest cryptocurrency by market cap. Since its emergence, Dogecoin has continued to galvanize supports of numerous actors in the sphere, thereby influencing its value. For instance, in 2019, popular billionaire and founder of Tesla pledged its support to the crypto project. This development consequently spiked searches for Dogecoin and also increase its value by more than 20%. Ever since, the memecoin soared, and specifically recorded it all-time high in 2021. However, in 2022, occasioned by the prevailing bear market and other critical factors, Dogecoin plummeted heavily. This thus raises questions as to whether Dogecoin is dead or it still has a bright future ahead. However, to critically analyze whether the crypto is dead or not, it is imperative to first do its general overview.

Notably, Dogecoin as a memecoin started in 2013 through the collaborative efforts of IBM software engineer Billy Markus and Adobe software engineer Jackson Palmer. The project, itself, started as a joke between the two engineers. Before collaborating to innovate Dogecoin, Jackson Palmer in a viral tweet usually hyped the project idea. Then, he said “investing in Dogecoin, pretty sure it’s the next big thing.” Following this post, a lot of crypto optimists encouraged Palmer to implement this project. This thus made the engineer to purchase a domain for the project, identified as Dogecoin.com.

After the domain went live, Billy Markus was fascinated to the project. The IBM software engineer then reached out to Palmer for a partnership on the project. Prior to this, Markus initially planned to program his own crypto to appeal a large user base. But, immediately he saw Palmer’s post, he decided to make the coin. According to him, “the first thing I said was, ‘This is so funny, then I said, ‘I should just make this coin.” Without further ado, the partnership birthed the emergence of Dogecoin through an open source software project, Litecoin.

General performance of Dogecoin since inception

In a bid to critically explain whether Dogecoin is dead or not, it is critical to understand its past performance. Notably, the memecoin didn’t not immediately gain the attention of the market after its emergence. Then, the token ended the year with a market cap of $3.5 million. In 2015, Dogecoin began to face healthy rivalry from Stellar, Neo, Monero and others. However, despite this development, Dogecoin attained a market cap of $20 million and a stable community. However, a year after, the token recorded a massive setback after its co-founder, Palmer left the project. Then, Palmer alleged that a “toxic community” had grown up around the coin and the money it was producing. This development had a very huge impact on the value of the token, thereby making analysts believe Dogecoin is dead.

Subsequent performances raising suspicion that Dogecoin is dead or otherwise

However, following 2017 bull market, the token began to rise uncontrollably. Then, it saw a $1 billion market cap for the first time since its emergence. In 2019, it also witnessed another great rise with the rest in the crypto market. Then, it got listed on popular crypto exchange, Binance and also got an endorsement from Elon Musk, thereby aiding its value. It continued to sustain this momentum till 2022 when the crypto sphere began to experience an historic bear market. Since last June till date, the value of the memecoin has continuously plummeted owing to prevailing bear market and other factors. Worthy of note that it entered into the year, trading at $0.172, however, as of press time, Dogecoin price is below $0.1, thus raising questions about whether it is dead or stands a chance for recovery.

Factors affecting the value of Dogecoin

Beyond prevailing bear market, other notable factors also contributed to the downturn ravaging Dogecoin, thereby restraining its growth. One of such is its massive selloff on Robinhood. Recall that in 2021, Elon Musk in a “Saturday Night Live” episode featuring his mum jokingly described the memecoin as “a hustle.” The development affected the stability of the token, as investors reacted by dumping a huge amount of their doge holdings, thereby allow it to fall by 40% and has till date continued to affect the coin. This thus raises the mindset of many analysts that Dogecoin is or could be dead.

Also, another factor restraining the performance of Dogecoin, thus raising impressions that it is or could be dead is the fact that it has no limit for the number of tokens to be produced. Meanwhile, currently, about 130 billion of the memecoin are already in circulation. This thus portends that the token has infinite supply, despite its limited use cases. Occasioned by this development, Dogecoin may continue to toll the path of its slow recovery. Without further ado, all these heightened suggestions that dogecoin is or would be dead soon.

The question if Dogecoin is dead should be dead on arrival. To every reasonable extent, the project has proven to be one investors can trust to be around for a while. The whole crypto sphere suffered heavily this year, like Dogecoin, with that investors can be rest assured that the project is enduring the test of time. So with the time, the project will overcome every obstacle to bounce back.

Question like is Dogecoin dead is a test of authenticity. Dogecoin has been in existence for a while, proving to investors its reliability. Currently, the project is facing stern competition from other meme coins. Thus, leaving investors and lovers of meme coins in particular with numerous options.

Despite suffering for most of the year, Doge’s fate isn’t as critical as most cryptocurrency. To some extent, the token outperformed many prominent coins in the market. Dogecoin has endured a more brutal market downturn and survived different bear markets in the past. The meme coin has come a long way than folding up to recent market downturn. Nevertheless, the intensifying competition in the memecoin space can dislodge Dogecoin as the biggest among its peers.

Heading into the new year, investors are beaming with the hope that the crypto sector would recover. On a positive note, the hope of recovery also extends to Dogecoin. In 2021 during the crypto boom, Dogecoin reacted positively to the prosperous atmosphere the industry enjoyed then. Definitely, if the situation of the cryptocurrency market turns out good, Dogecoin will recover from its setbacks.

Come next year, cryptocurrency enthusiasts are turning to regulators for a stern watch out to protect them against fraudulent projects. With the introduction of a clear-cut regulation, investors will reignite their trust in the sector. Convincing them to pump more funds into crypto-oriented projects and push the industry on a progressive march. Particularly on DogeCoin, enthusiasts are hopeful that the meme coin would bounce back owing to the massive support Dogecoin is enjoying from its community. Also, future updates and more inventions that will aid the utility of the token can change its fortunes for good next year.

While there are hopes for recovery, a part of the crypto community are concerned about the use cases of the Memecoin. Dogecoin is limited only to a tool of exchange and a means of settling payment. This to some extent is a major factor that has militated against the growth of Dogecoin in the past and could remain one. Enthusiasts are concerned that the lack of more use cases for Dogecoin can push it into extinction, thereby believing the token is dead.

Future of Dogecoin amidst ravaging belief that it is dead

The future of Dogecoin looks promising due to its strength in overcoming testing periods. This quality is what gives a large part of the Dogecoin community a strong hope that the meme coin will prosper and become a crucial token in the market.

Without a doubt, Dogecoin remains one of the most popular cryptocurrency, despite its huge status, there are little or no expectations for the project. Created out of a joke, crypto enthusiasts are not expecting much from Dogecoin but it has exceeded their little expectations in recent years. The little expectation helped in reducing pressure on the meme coin to succeed at all costs.

As it stands, there are intensifying efforts behind the scene by the Doge team to improve the condition of the status. For Dogecoin to enjoy a prosperous future, the team behind it must do well to invent more projects that will complement the token. For instance, Shiba Inu is growing at an impressive rate, therefore, pilling pressure on Doge. Shiba’s growth in recent times is due to numerous projects the team behind it invented to aid its popularity. Dogecoin must take inspiration from that, and focus on regularizing the minting of the new tokens.

First, investors must banish the thought that Dogecoin is dead. Without any doubt, the project remains active at the moment, and it will continue to be for a while. However, investors must be careful to invest more into Doge.

If the meme coin is aiming to become a major project, the team behind it must roll out better strategies. There should be collaborations, more use cases and halt the minting of more Dogecoin. This will go a long way in aiding Dogecoin value, thereby changing the narrative that the token is not dead yet.