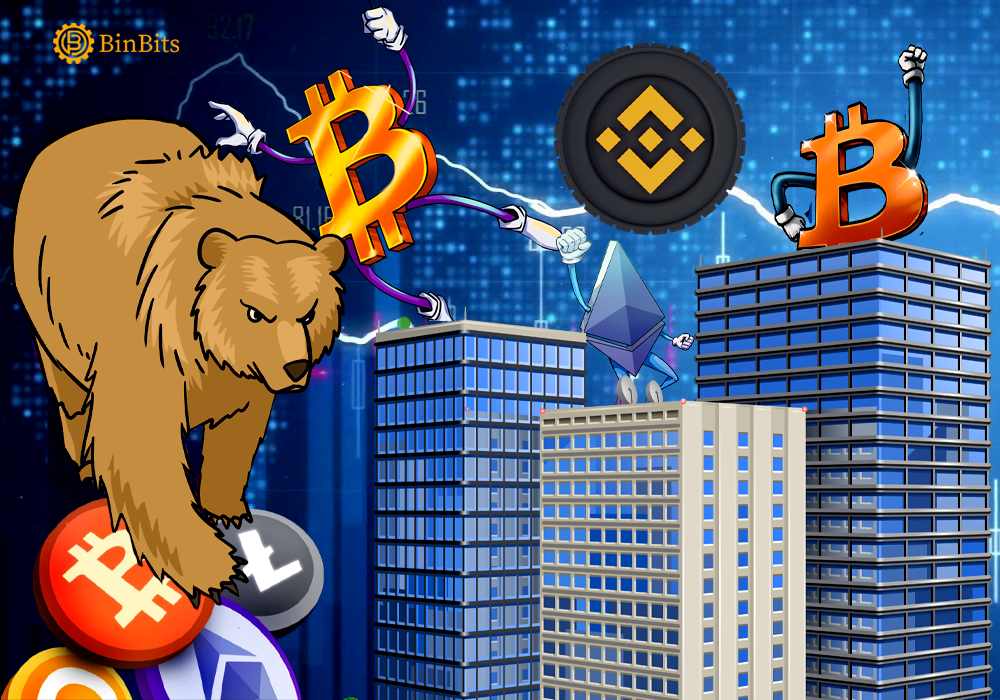 Bear market and Its impact on cryptocurrency companies

Since the turn of the year, we’ve witnessed massive turmoil in the cryptocurrency sphere as a result of the bear market. A kind of crisis that has ravaged the sphere resulting in a massive decline of projects, tokens, and notable companies.

Accordingly, A bear market is referred to as a market situation with a high price decline. It is a term used in describing a situation in which securities prices fall 20% or more. Usually, this situation can manifest from recent highs amid general despondency and negative investor sentiment.

Additionally, it can also be described as a market situation when stocks, on average, fall at least 20% off their high. However, the 20% is an arbitrary figure, just as a 10% decline is an arbitrary benchmark for a correction. Bear market also be explained as a period when investors are more risk-averse than risk-seeking.

Notably, the cryptocurrency space has been inflicted by this testing circumstance as consequence due to numerous happenings around the world. These events are not far-reaching and in one way or the other, they happened within and outside the market.

Causes of the current situation

Importantly, one of the major harbingers of the bear market is the increasing hacking on crypto platforms. According to statistics provided by Chainanlysis, hackers have made way with over $1.3 billion in the first quarter of 2022. This, already cover a sizeable part of the total amount stolen from the cryptocurrency sphere in the whole of 2021.

Last year, Hackers stole $3.1 billion in total from the industry. Experiencing the alarming surge of theft in the industry pushed investors into a conservative pattern of investment. As explained earlier, what further fuels the bear market is the reluctance of investors to invest more in the sector.

However, the collapse of the Terra Ecosystem which birthed the demise of its algorithm stablecoin UST added to the inferno. As a result of the collapse, investors lost about $40 billion according to reports by Binbits.

The collapse had double damage on the industry which makes it one of the noticeable factors of the crisis. Firstly, it scared off a potential investor who is willing to invest In the crypto industry. Also, it birthed a stern deliberation on how to best regulate cryptocurrency by regulators. A regulation that could result in a strong regulation against the industry.

Meanwhile, the war in Ukraine also played its part because the war ushered inflation into the global market. A market to which the cryptocurrency belongs.

Impact of the market situation on crypto firms

The impact of the bear market on cryptocurrency firms cannot be underestimated. Most importantly, there are many organizations in the space with different functions, services, and categorizations.

More so, crypto exchanges have felt the negative impact of the market so far. While the biggest exchange, Binance might look like it’s doing well by expanding, signing endorsement deals, and yet to lay off some of its workers. Other trading platform has bemoaned the dip in trading volume on their platform. Most of these crypto exchanges survive on transaction charges, and low trading volumes will definitely be severe for them.

This has resulted in an unwanted trend for trading platforms to lay off their workers. The likes of Coinbase, Gemini, Bybit, Crypto.com, Buenbit, Bitso, and BlockFi have all laid off a part of their staff. Last month, reports revealed that exchanges have laid off about 1,700 of their staff with more to come by this month and the subsequent ones.

Aside from cryptocurrency exchanges, other notable firms in the crypto space also felt the impact of the market situation. The likes of Celsius, Voyager, 3AC, and others are also bleeding heavily due to the situation of the market. As regards 3AC, a court in the British Virgin Islands has ordered its liquidation. This further underlines the severity of the firm’s condition.

Others swimming in debt are looking for ways to get out of it. Without a doubt, the current crypto winter has been harsh on companies in the crypto sphere. At the moment, the resilience and endurance of projects, firms, and investors are currently under test. Therefore, how well they respond to the situation will go a long way to determining the future of the industry.