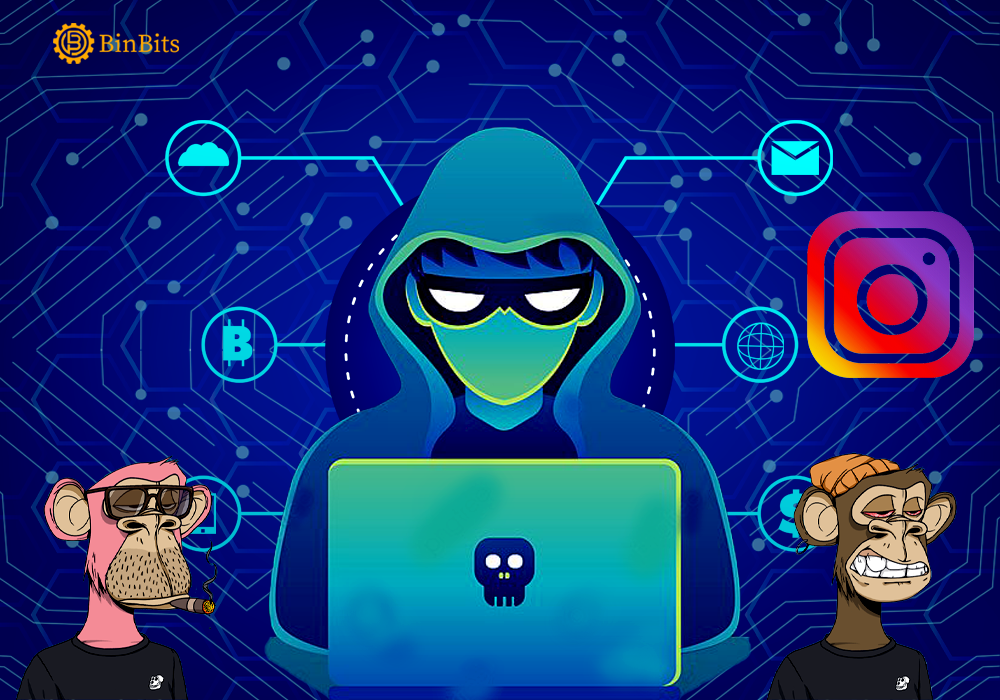 Bored Ape Yacht Club has announced a recent attack by an unknown hacker on its Instagram page that claim over $2.5 million NFTs. According to a tweet, the team revealed that the hacker uploaded a link to a parody website of BAYC.

The link swindled people into believing the team is giving out airdrops, thus prompting them to click the link. Once they click it, it automatically links their wallet and sends out their assets to a wallet that belongs to the hacker.

Response to the attack by the hacker

However, the deed has already been done before the team sighted the attack. By then, the fraudulent act had already claimed over $2.5m worth of NFTs. The ransack assets are four Bored Apes worth about a million dollars each, Six mutants, and three kennels.

Furthermore, BAYC has embarked on an investigation to discover how the hacker took control of the account despite security measures. The team beseeches the affected individuals to remain calm and try to reach out to them via mail. Further emphasis were made that the team will never reach out to anyone. Therefore anyone reaching out to the individuals isn’t from the team.

Nevertheless, the team refused to establish if there will be any form of compensation for the victims. The team also encourages members of the club not to expect any future information about minting on the Instagram page. Instead, information will be ditched out via its Twitter handle and the announcement channel of BAYC discord.

The popularity and value of the Bored Ape Yacht club make it a lucrative target for any hacker. The club can brag about having stars across the globe as members and holders of several collections. The recent hack isn’t the first the collection has endured, early this month, the collection suffered an attack on its discord platform.

Stars like Snoop Dogg, Eminem, Paris Hilton, Justin Bieber, Jimmy Falon, Post Malone, Kelvin Hart, and Dj Khaled all own a piece of Bored Ape. Novices in the sector are usually the weak links that are subjected to these attacks due to their inexperience.

Lastly, the team should brace up for subsequent attacks and put up a strong defense mechanism to protect the club. Increasing attacks on it will make it lose credibility and scare off investors.